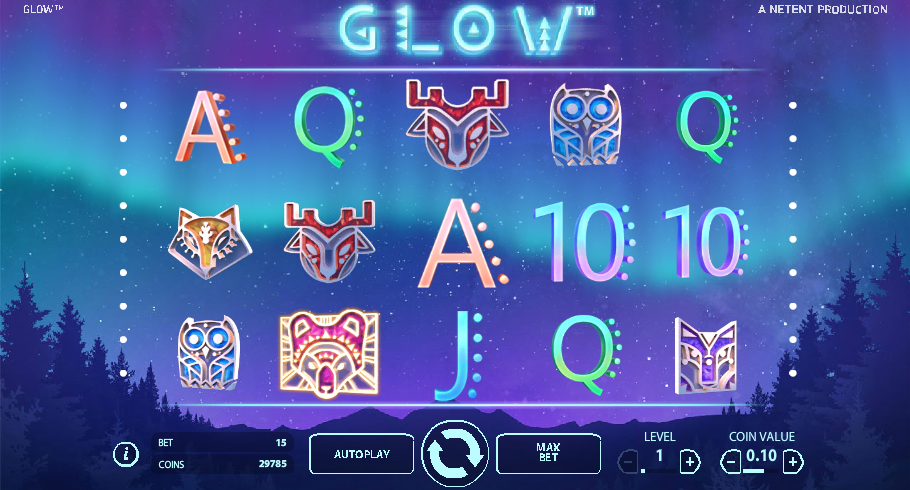 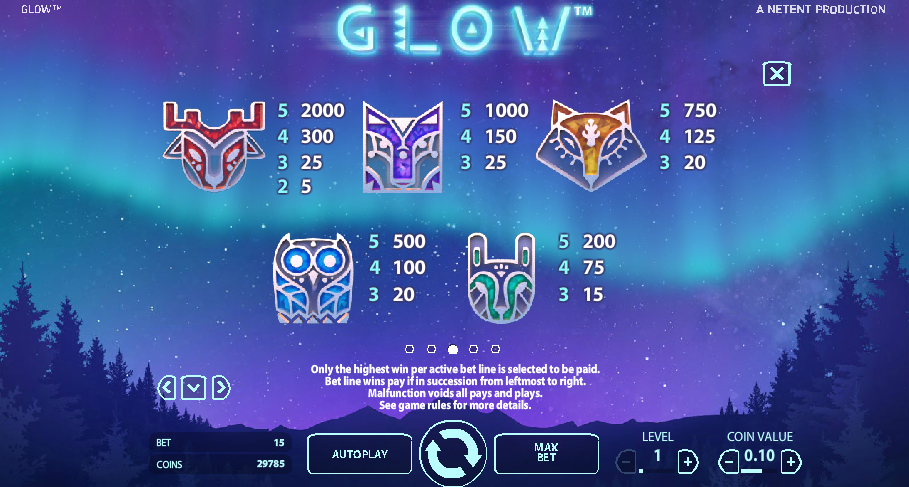 Brand new from Net Entertainment is this atmospheric and nature-themed online slot. It’s called Glow and it’s based on Native American culture and the wide open spaces of North America. As with many Net Ent games the design is simple and attractive so check out our review below for more information.

Glow is a five reel slot with three rows and fifteen fixed paylines; transparency is the name of the game here and the design is minimal as you can see from the screenshot above. The backdrop to the reels is a wide open sky dotted with stars and a shimmering Aurora Borealis above pine trees and hills.

There are five high value symbols represented by five different stylised animal masks – a deer, a bear, a wolf, am owl and a snake; lower values are the standard 10, J, Q, K and A.

The wild symbol is another animal mask (a pink one) which multiplies by 2x any wins to which it contributes.

Like many Net Ent games, the bonus feature in Glow is built in to the base game and here it’s not triggered by a separate bonus or scatter symbol but by the five high value symbols.

Each time you form a winning combo of one of the animal symbols you will receive a certain number of free spins as shown in the table below:

All wins during this round will be multiplied by 2x but more spins can won by landing more combos from the table below – here, low value symbol also trigger spins:

When there are no more free spins to play you will revert to the base game.

Glow is a smooth game with some nice graphics, animations and sound effects but it does seem to lack that special something which we have come to expect from Net Ent games. Still, it’s well worth checking out with an RTP of 96.70%.