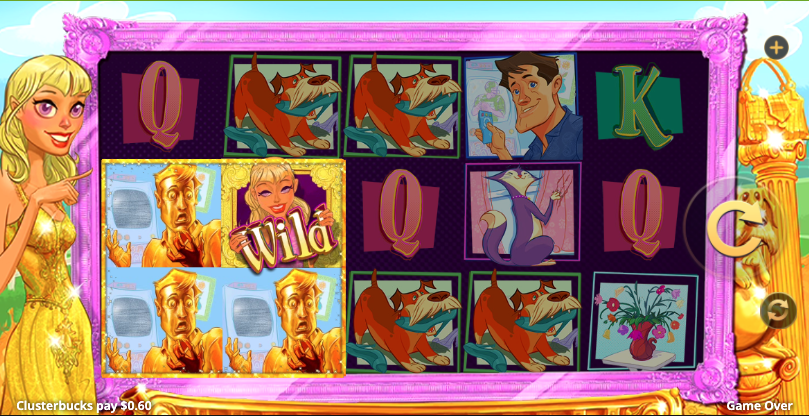 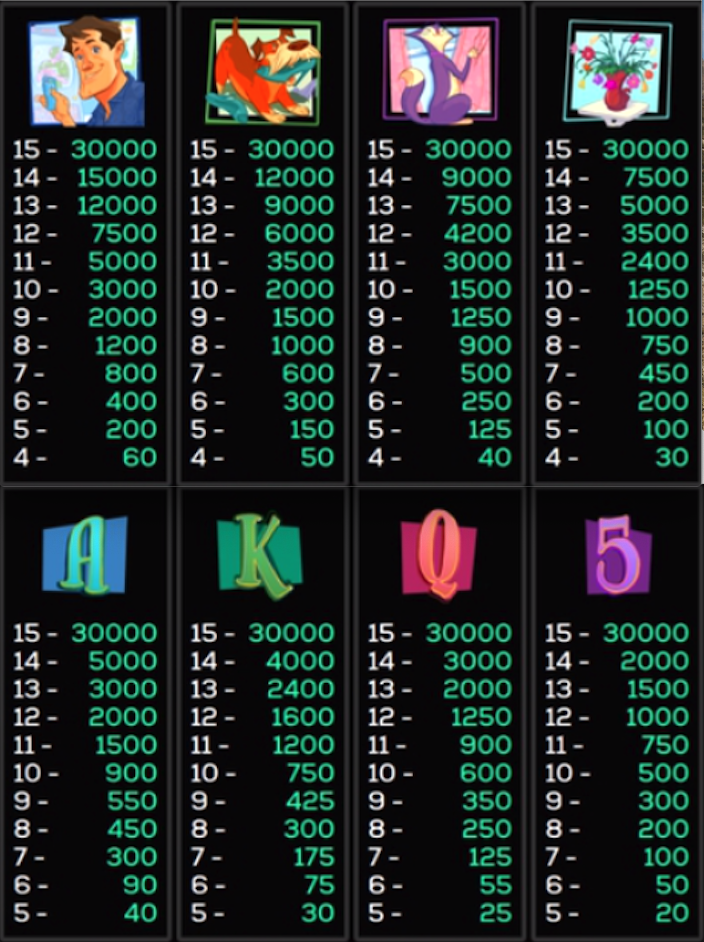 If you’re approaching this online slot wondering what Glinda does then we can tell you that Glinda Glitters! The quite frightening premise behind this release from High 5 Games is that Glinda turns everything she touches to gold, even her pets and unfortunate boyfriend.

Glinda Glitters may look like it has a standard set of reels but in fact it uses High 5’s Clusterbucks gameplay mechanic in which you need to land clusters of at least four symbols which touch horizontally or vertically, after which they’ll turn gold.  Glinda stands on the left hand side in her golden outfit, pointing at the gaudy purple reels.

The high value symbols include Glinda’s partner, her dog, her cat and a vase of flowers; 5, Q, K and A make up the lower values. Glinda is wild, she appears only in the centre positions of reels two, three and four and she’ll replace all standard symbols to help form winning combinations. The three parts of Glinda’s house are the scatter symbols.

The three parts of the house appear in the centre positions of reels two, three and four and if you can land them all there in the same spin you’ll trigger this round – it awards seven free spins for your pleasure but there are no extra enhancements here and it’s not possible to trigger any more spins from within this feature.

Glinda Glitters is a rather run-of-the-mill slot which is improved by the Clusterbucks game mechanic – the narrative is a combination of cheerful domesticity and King Midas-inspired horror so if that sounds like your sort of thing give it a go!