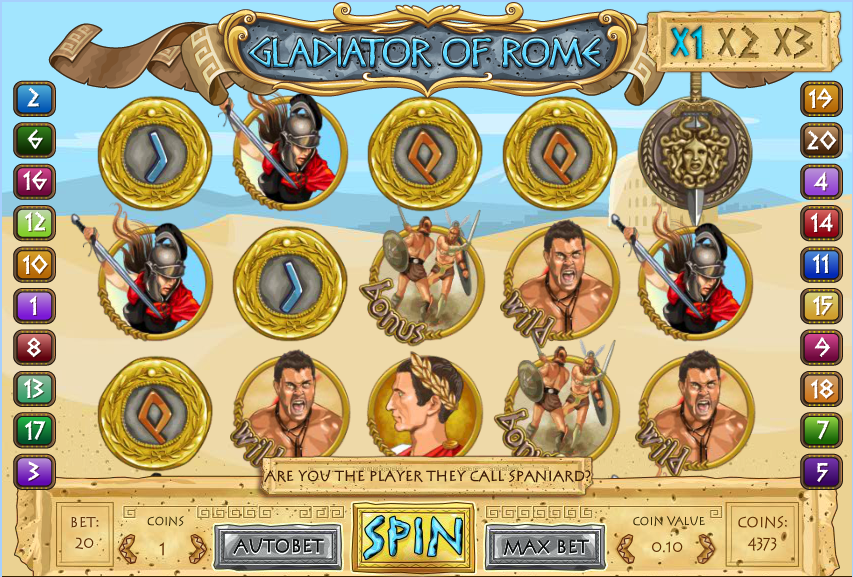 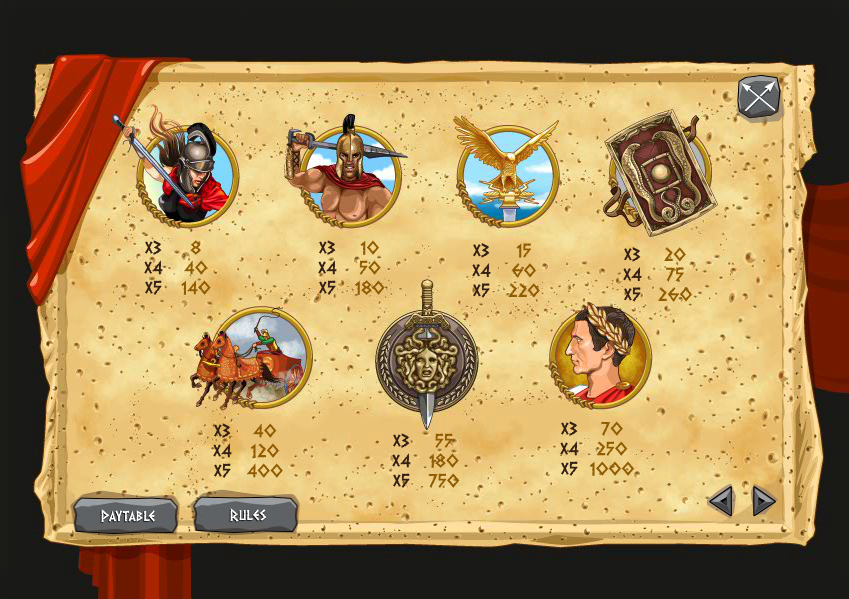 The gladiatorial arenas of ancient Rome set the scene for this action-packed online slot from 1×2 Gaming; the life of a gladiator was a tough -and possibly short – one but these warriors would surely be pleased that two millennia later, their life would be immortalised in this manner. So check out the following review and find out if this is the game for you.

Gladiator Of Rome is a five reel slot with three rows and twenty fixed paylines; the backdrop to those reels is not an arena but the sort of desert environment which nurtured many of these fighters. Dramatic music adds to the atmosphere.

There are seven high value symbols – a stabbing gladiator, a bare-chested gladiator, a shield, a charioteer, a sword/shield emblem, one of the Caesars and a golden eagle – symbol of Roman legions. J, Q and K make up the lower values.

The wild symbol is represented by an appropriately angry fighter (right) and substitutes for everything except the bonus icon; that bonus is two gladiators fighting.

The bonus symbol only appears on reels two, three and four but if you can land them there on the same spin you will trigger this game.

There’s an impressive thirty free spins on offer but as an added extra the multiplier for any wins increases as the feature progresses. For the first 10 spins it’s 1x, the second 10 is 2x and for the final 10 it’s 3x and you can watch this progress in the top right hand corner.

It’s not possible to re-trigger any more spins from within this bonus game.

In our experience you will need to trigger the free spins to land the big wins but there’s nothing wrong with that; overall Gladiator Of Rome is a worthy addition to the list of Roman-themed slots and, like most from 1×2 Gaming, it has a refreshingly high RTP of 97.32%.