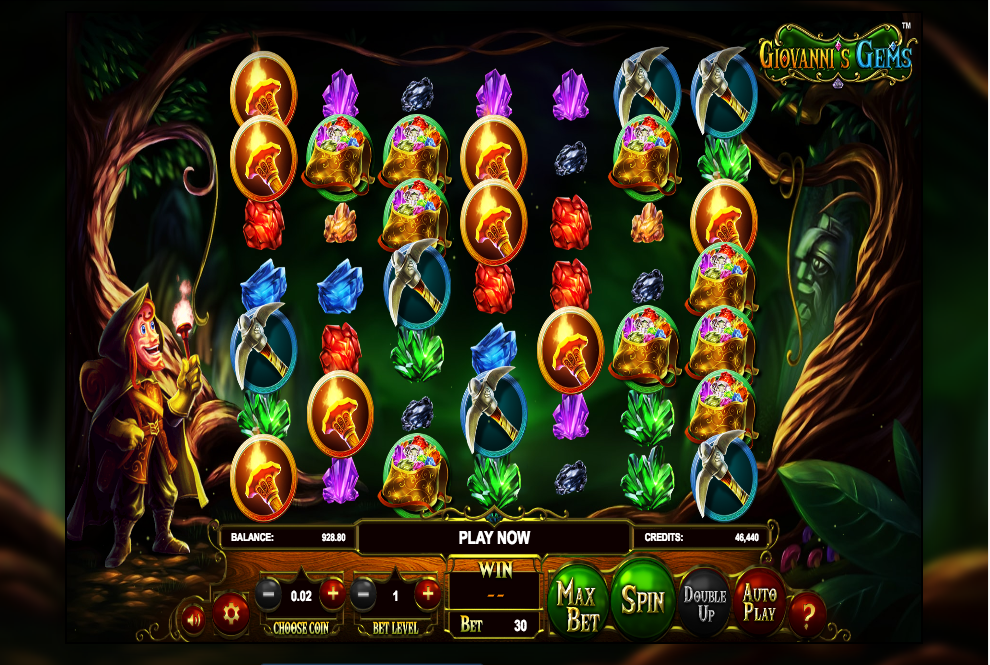 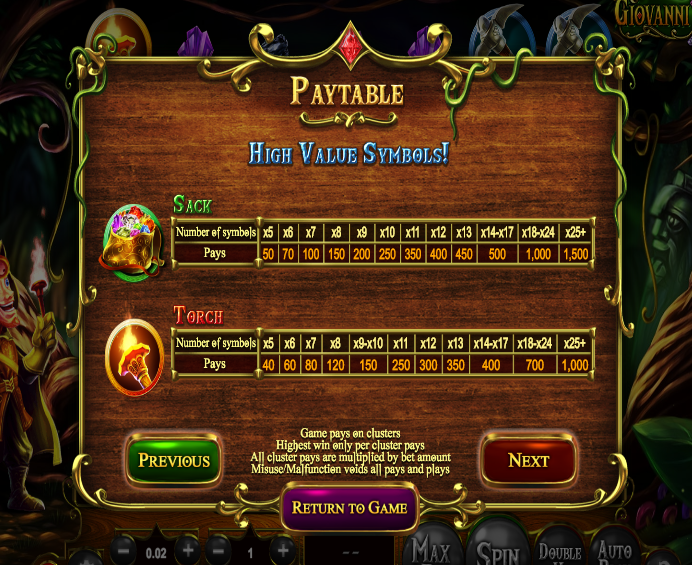 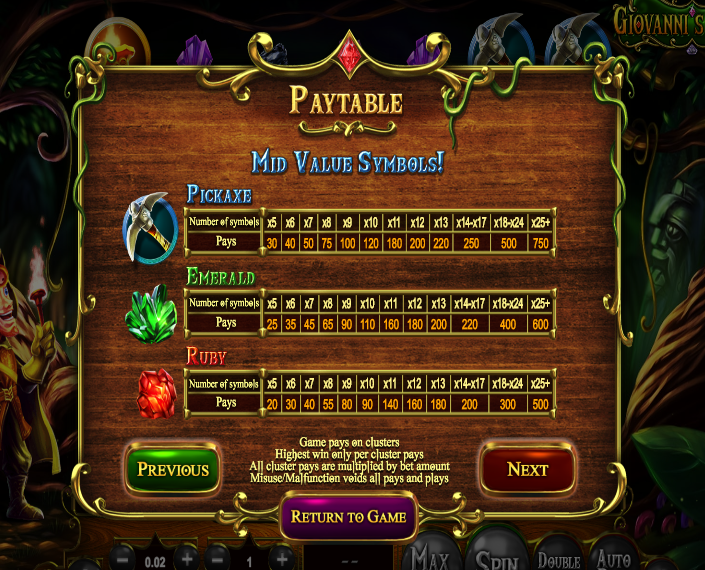 There are more than a few mining-themed online slots out there in casino-land and here we have a very entertaining example from Betsoft Gaming to add to the list; it’s called Giovanni’s Gems and it offers some non-stop arcade action.

Giovanni’s Gems plays out on a 7 x 7 grid in an underground location where the torch-wielding Giovanni watches over the reels from the left hand side; collapsing reels are the mainstay of the gameplay and each cluster of at least five matching symbols will explode and be replaced by more falling in from above, offering the possibility of more matches and more collapses.

The higher value symbols include a sack of diamonds, a torch, a pickaxe, emeralds and rubies; lower values are represented by sapphires amethysts, citrine and coal.

There’s no wild but the Giovanni himself is the bonus symbol and key to the main feature.

Coal is the least valuable symbol but when it’s adjacent to a winning cluster it will turn into a diamond which will act as a scatter symbol and payout accordingly for at least two on the reels.

This is triggered by landing at least five Giovanni symbols anywhere in view and the box below shows the number of spins awarded for the amount of Giovanni’s.

Each base game win can be gambled by clicking on the ‘Double’ Up’ button below the reels; you can now guess black or red to try and double your winnings but if you’re wrong you’ll lose it all.

Giovanni’s Gems is more of an arcade slot than a regular one and it’s good fun, especially with the collapsing reels feature which which is like earning free spins on each win. The graphics and soundtrack are a perfect fit and this is a gem we like a lot.