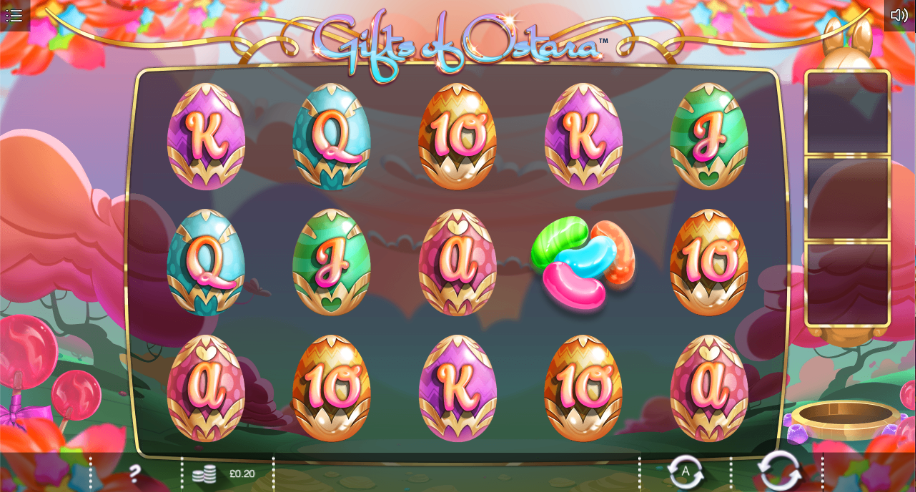 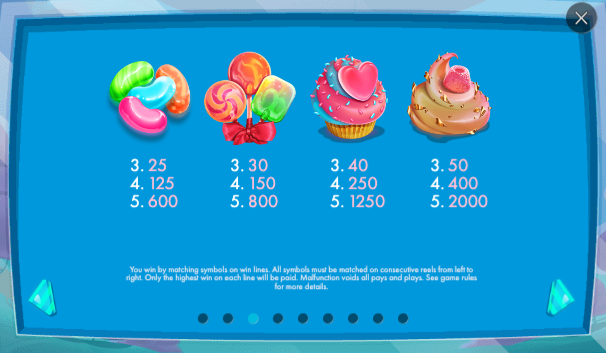 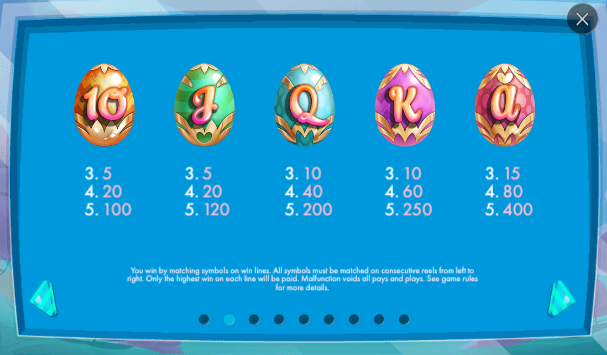 A number of online slot machines are based in strange lands where the landscape is made up of chocolate, sweets, candy and the like – Gifts of Ostara from Iron Dog Studios is another such game and as well as tasty treats it offers players a Golden Egg Feature and free spins.

Gifts of Ostara is a five reel slot with three rows and twenty fixed paylines; the gameplay takes place against a multicoloured backdrop of strangely-coloured trees, pastel skies and pink lollipops.

The higher value symbol are comprised of a swirl of ice cream (definitely not a dog turd), a cup cake, some lollies and some jelly beans; ornate chocolate eggs inlaid with 10, J, Q, K and A represent the lower values.

There are various wild symbols to help out with winning combos and we’ll explain how these work below.

The features in Gifts of Ostara are all based around the hole to the right of the reels and the golden egg which regularly emerges from there to transform into something else; these objects contribute in the following ways:

The enjoyable thing about Gifts of Ostara is that you feel as if you’re playing one long bonus feature as you wait for whatever the golden egg will bring; it’s a slot which is colourful, cheerful, inventive and certainly worth some of your time.