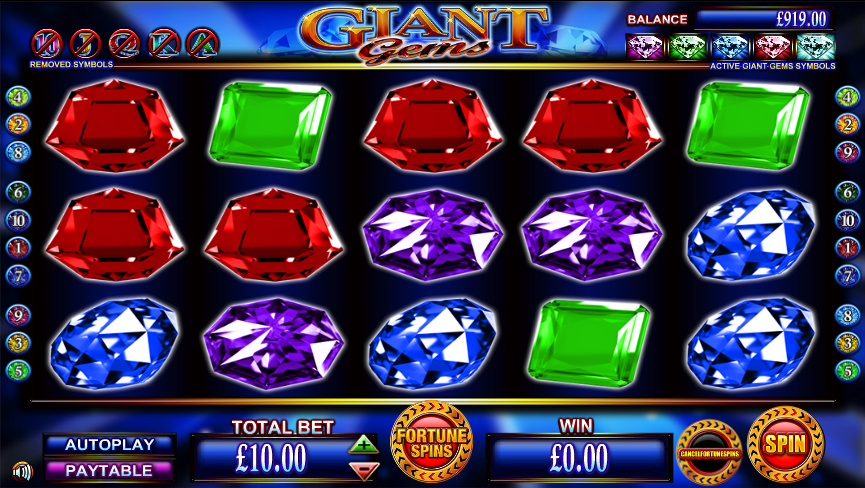 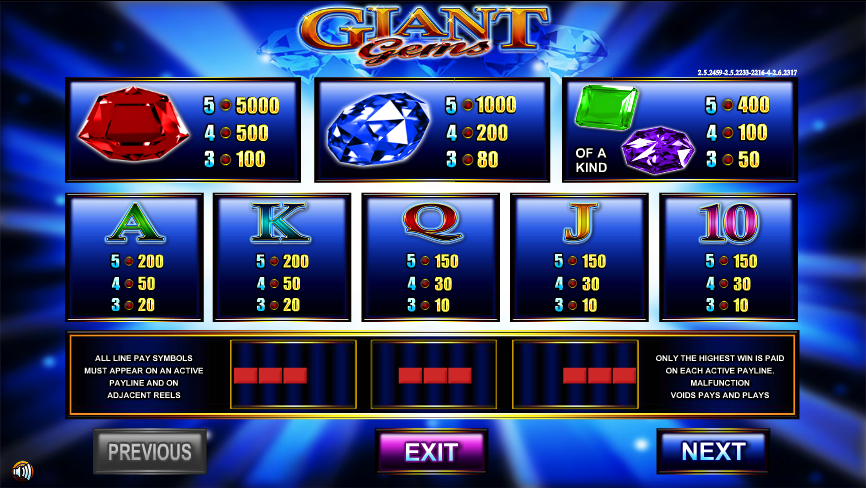 Massive jewels are are an item we’d all probably like to encounter at some point in our lives but even if we can’t have the real thing then there are several gem-themed online slots to keep us happy for a while. This one’s called Giant Gems, it’s developed by Nextgen Gaming and it includes some unusual betting options.

Giant Gems is a five reel slot with three rows and ten fixed paylines; it has quite a basic design featuring large sparkling symbols against a black background a funky soundtrack to keep things moving along.

The high value symbols are unsurprisingly four coloured gems – red, blue, green and purple; lower values are the standard 10, J, Q, K and A. Paylines can be formed as long as there are three matching symbols in adjacent reels anywhere on the set.

There are no wild or bonus symbols in Giant Gems but there are optional features which are explained below.

This slot is essentially a very basic game unless you choose to pay extra for the optional feature which allows you to remove lower paying symbols and replace them with huge 3×3 gems which appear only on reels two, three and four and can pay big wins.

There’s a sliding scale of increased bets and rewards as follows (one coin example bet):

Use the big ‘Fortune Bets’ button below the reels to increase/decrease your bet as you wish.

Giant Gems would be rather a basic slot if it wasn’t for the option to pay extra for a greater chance to win; it’s an interesting concept and worth checking out. This game comes with an RTP varying between 93.75% and 96.13%.