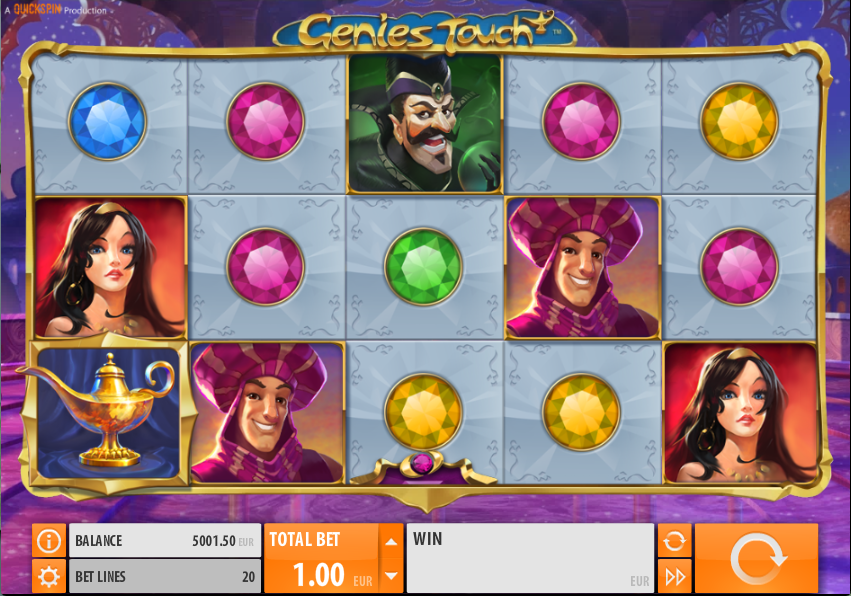 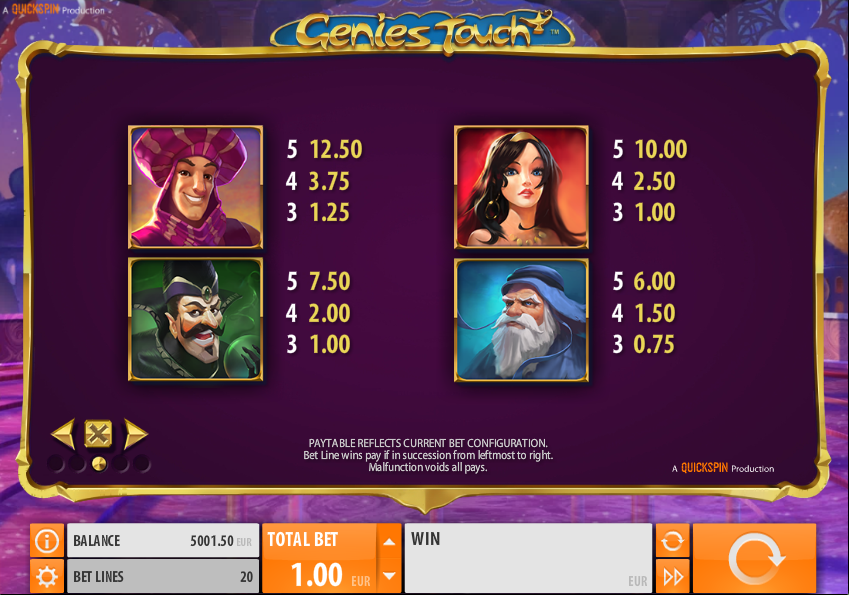 It’s the land of Sinbad, Aladdin and many mystical tales from centuries past but it’s also the location for many online slots which have used that magic and mysticism for their own purposes. Genie’s Touch is another game to add to the list, it’s developed by Quickspin Gaming and very nice it looks too – you can read all the essential details below.

Genie’s Touch is a five reel slot with three rows and twenty fixed paylines; it has that typical, high quality Quickspin Gaming look with large symbols in a gold-rimmed frame and in the background there’s a familiar Arabian view of warm, clear skies and a purple sunset.

There are four high value symbols related to the theme and these comprise the four unnamed characters that are clearly the key to this story; six colourful gems represent the lower values.

An ornate golden ‘Wild’ is the wild symbol and it substitutes for all others except the bonus scatter and the Genie’s Lamp scatter; they both activate separate feature.

This is triggered by landing three or more of the Genie’s Lamp scatter symbols anywhere in view; the Genie will now emerge and touch one of the adjacent symbols next to each lamp, ultimately turning those and the lamps into the matching icons and hopefully ending in a big win.

Genie’s Touch looks as good and plays as smoothly as any Quickspin slot around and the sound effects complement the gameplay very well. It’s good fun with easily triggered bonus features and an RTP of 96.90%.