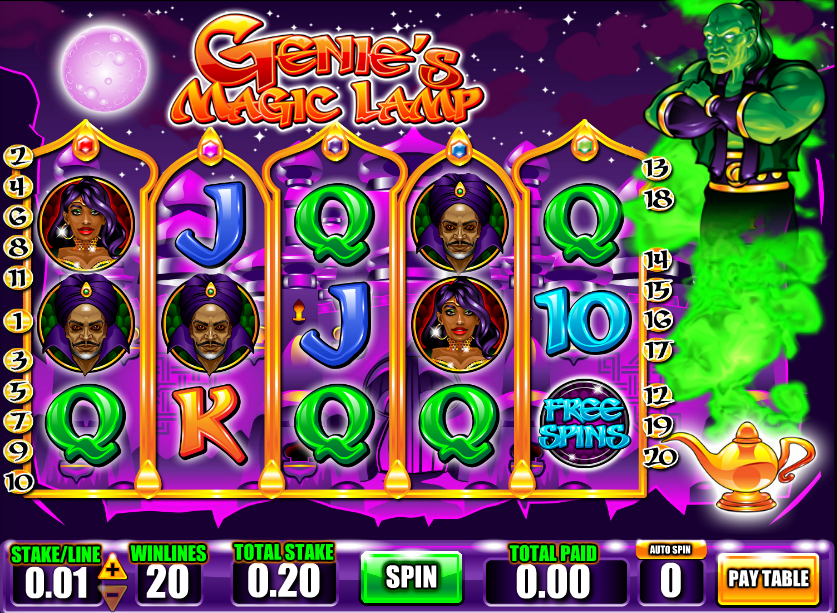 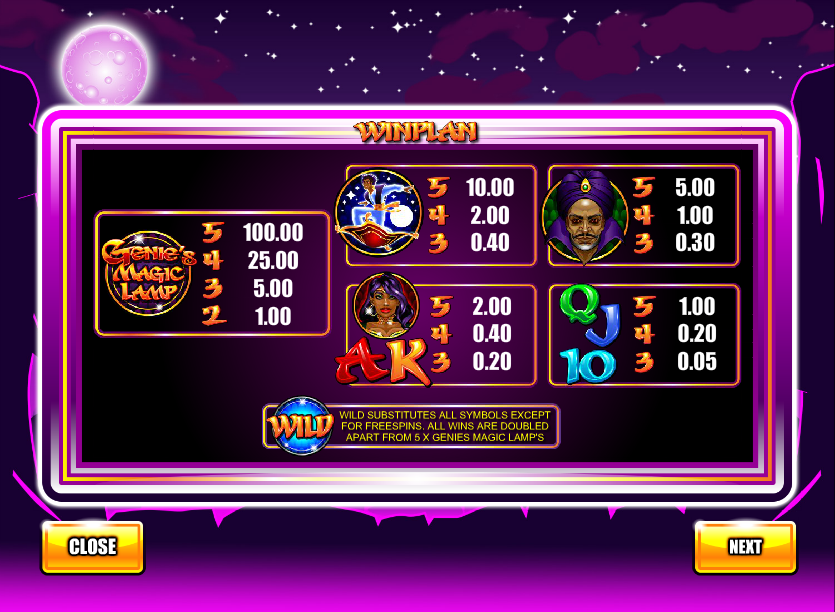 Genie’s Magic Lamp is an online slot machine inspired by the tale of Aladdin from the book of Arabian folk stories contained in the The Book of One Thousand and One Nights. This particular genie dispenses multipliers and free spins rather than three wishes but it’s all welcome nonetheless; read on to find out more about this Mazooma release.

Genie’s Magic Lamp is a five reels slot with three rows and twenty paylines; through the gold-framed reels we can see an Arabian city lit by a full moon and a sky full of twinkling stars. The genie himself hovers on the right hand side, ready to dispense useful rewards.

The three main symbols are characters from the story – Aladdin himself, the Sorcerer and Princess Badroulbadour; 10, J, Q, K and A make up there lower values.

A gold ‘Wild’ on a blue background obviously represents the wild and the Genie’s Magic Lamp symbol is the scatter symbol. The ‘Free Spins’ scatter symbol activates the feature.

During the base game and the free spins the Genie will randomly award various prizes:

Three or more of the Free Spins scatter symbols anywhere on the reels (or provided by the Genie) will trigger 10, 20 or 30 spins respectively.

All wins will be subject to a 3x multiplier and all of the Genie’s awards are active also, meaning  that more spins can be won by landing more Free Spins scatter symbols.

While not the most graphically impressive, Genie’s Magic Lamp is very colourful and entertaining; We like the base game bonus features which regularly help out and there’s no reason not to recommend this game.