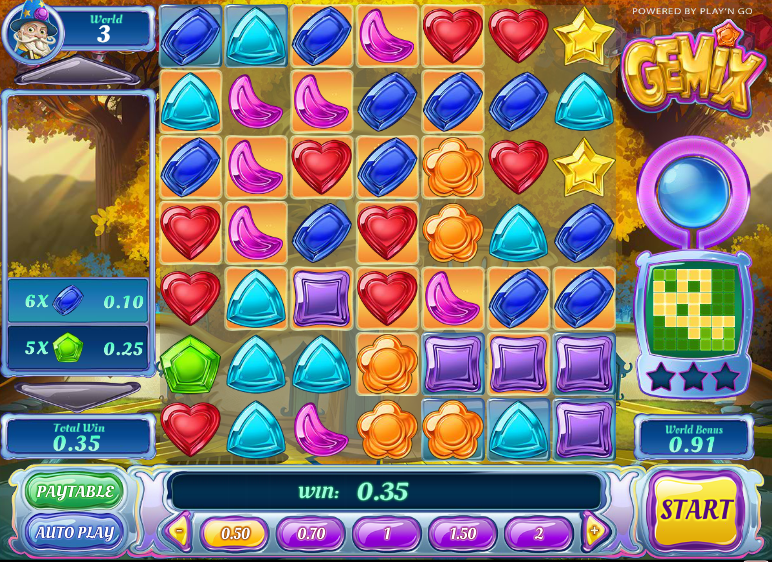 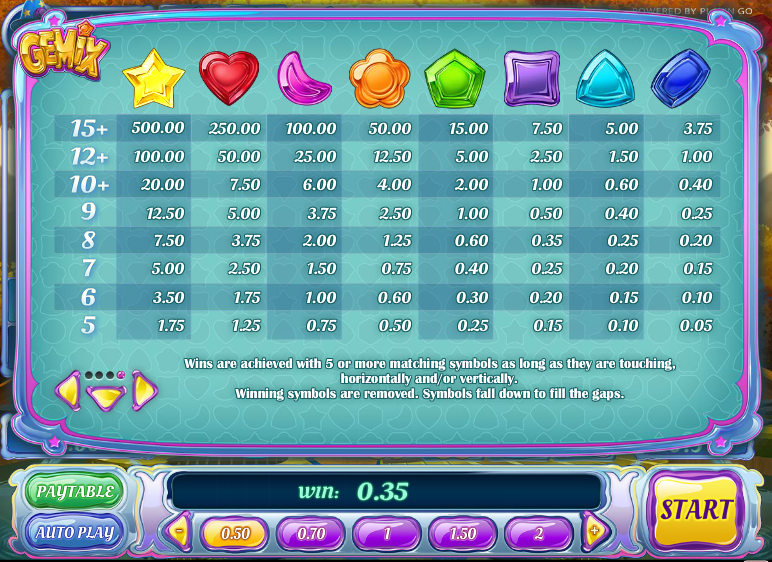 Gemix is a brand new slot from Play N Go which falls squarely into the category of an arcade game. It’s colourful, extremely playable and very addictive so be warned that you may lose a chunk of your day by firing it up. The ability to progress through various worlds adds a definite replay value to affairs so keep reading to find you more.

Gemix is played on 7 x 7 grid and it could be described as a gem dropping game in the manner of Candy Crush or similar. The background is lovely and colourful and to the left of the grid there’s a record of gems matched in the current spin; to the right is the pattern we are trying to match, all of which are explained in more detail below.

The basic object of Remix is to make groups of five or more gems of the same colour; these can join anyway except diagonally. Gems which match will disappear, leaving spaces for more to drop into their spaces and create more groups.

These are a series of bonus features which are activated by collecting 20 or more gems in one spin. Four are available which are randomly awarded in the spinning ball to the right of the grid:

If you collect 40 or more gems a 3x multiplier is awarded for the current spin. 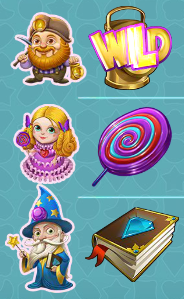 There are three worlds through which to travel and three levels within each world. Levels are completed by matching gems on top of the patterns you can see underneath those gems.

There’s a ‘World Bonus’ amount which increases slightly with each win and you collect this amount when you progress to another world. The faster you manage this, the smaller the bonus will be.

Each world has a special wild attached and these are triggered random on any non-winning spin:

This is just a brilliant game although our view may be coloured by the fact we’ve been in profit constantly since we started playing. It’s action-packed, it looks good and it’s extremely addictive.