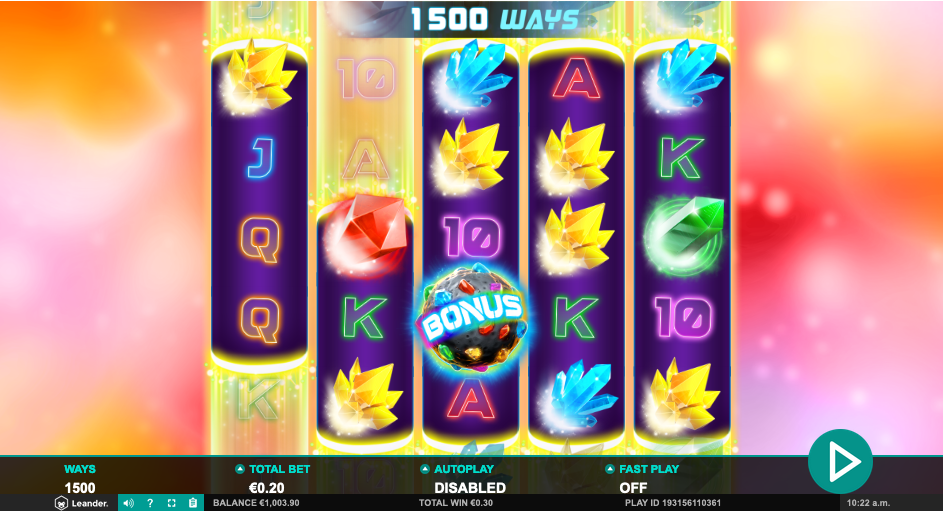 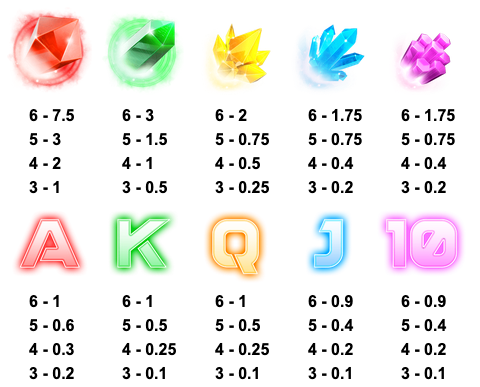 With a few more big wins on an online slot machine we might be able to afford some gems but until then we can satisfy ourselves with a game such as Gem Zone from Leander – it features free spins and introduces the clever Dynamic Ways payline structure.

Gem Zone is a five reel slot up to five rows and a potential 3125 ways to win in the base game; the darker areas on the reels are the Dynamic Ways in play and they change with each spin to produce a different number of paylines – from 243 to 3125 initially.

The five higher value symbols are gems and clusters of gems in red, green, yellow, blue and pink while the lower values are A, K, Q, J and 10 in similar colours.

The blue ‘W’ on the inflatable gold star is wild and it will replace all standard symbols to help make winning matches; the gem-studded rock is the bonus symbol.

Trigger this by landing three of the bonus symbols within the Dynamic Ways areas on reels one, three and five to receive ten free spins initially; the action gets cranked up here because a sixth reel is added along with two extra rows to increase the payline range to between 15,625 and 117,649.

More spins are available by landing three more bonus symbols inside the special zones on reels two, four and six.

Leander Games have introduced something we think is new in Gem Zone and that’s to be commended – the Dynamic Ways add an extra bit of variety and excitement to what is already a good-looking game and one it’s easy to recommend.