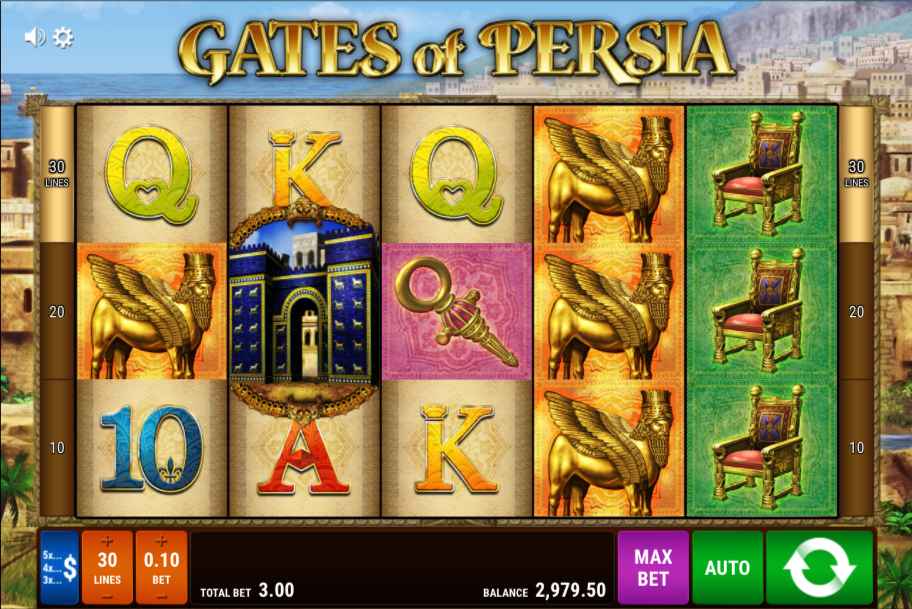 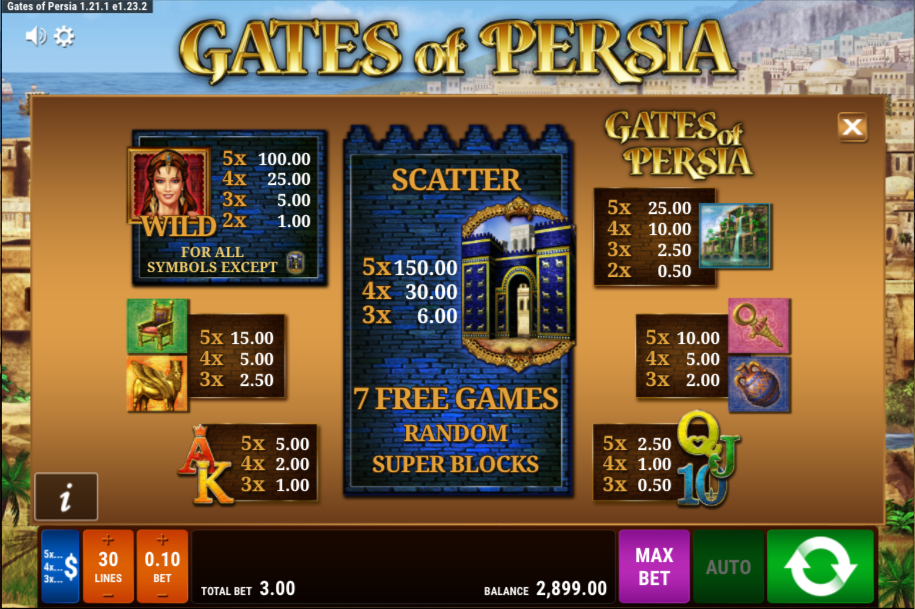 First established in the 5th century BC, the Persian Empire occupied large areas of the Middle East and arguably lasted until the decline of the Imperial State of Iran in 1979; Gates of Persia is an online slot which seeks to relive the glory days of this region, it’s developed by Gamomat and it includes an enhanced free spins round.

Gates of Persia is a five reel slot with three rows and a choice of ten, twenty or thirty paylines; the ornate reels sit against a Mediterranean backdrop of whitewashed houses and a blue sea under a clear sky.

The higher value symbols include various expensive items from this empire but notably one features the Hanging Gardens of Babylon – one of the wonders of the ancient world; lower values are represented by the standard 10, J, Q, K and A.

The Queen Semiramis symbol is wild and she will replace all others to form winning combinations except for the gates (of the title) themselves. 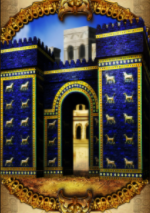 This is triggered by landing three or more of the Gates of Persia scatter symbols anywhere in view and you will now be awarded seven free spins. On each spin during this round one symbol will be picked to be stacked on the reels and this can then result in Super Blocks if there are stacked symbols on adjacent reels.

There’s an exotic atmosphere to Gates of Persia and it’s a slot which is worth checking out for the enhanced feature and option to gamble your winnings; it comes with an RTP of 96.13%.