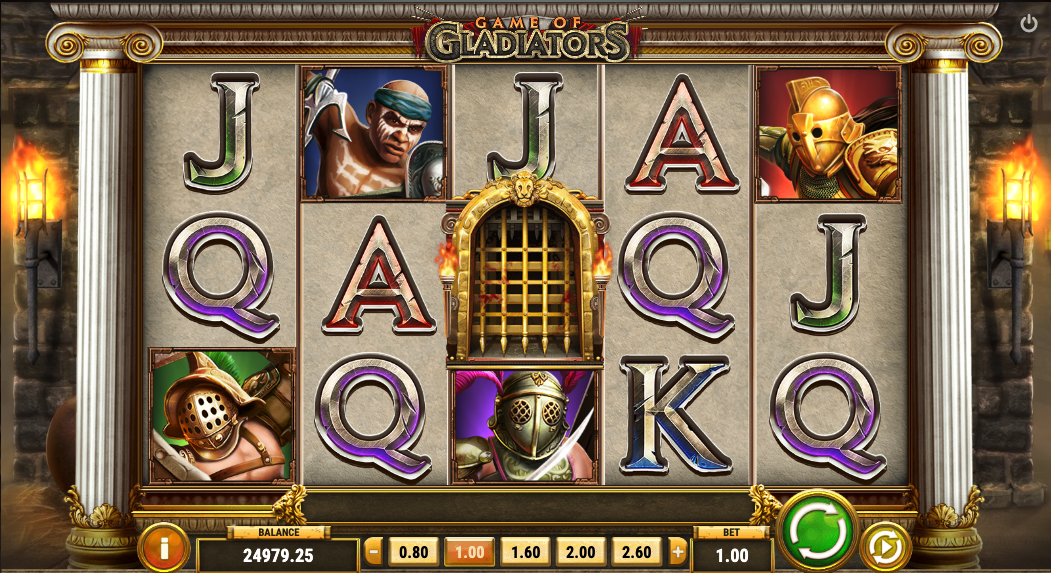 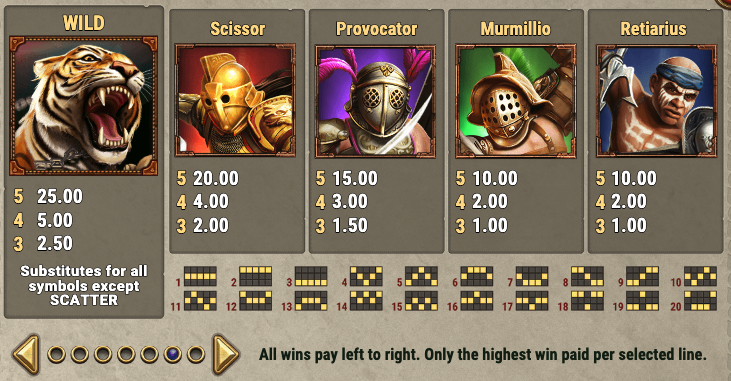 A return to the arenas of Roman violence awaits those players willing to challenge this online slot machine from Play N Go – it’s called Game of Gladiators and it offers players five different reel modifiers and an action-packed free spins round.

Game of Gladiators is a five reel slot with three rows and twenty fixed paylines; ornate pillars flank those reels which spin in the entrance to a temple.

Four scary gladiators represent the higher value symbols and they are Scissor, Provocator, Murmillio and Retarius; J, Q, K and A make up the lower values.

The tiger is of course wild and he’ll substitute for all standard symbols to help form winning matches; the scatter symbol is the metal gateway that leads into the colisseum.

The five Primus features can be randomly triggered during any base game spin: 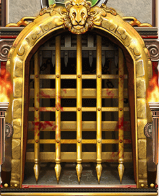 This is the main feature and it’s triggered by landing three of the gate scatter symbols anywhere on reels one, three and five; the first thing to do is pick your champion – winning with Spartacus will repeat the round while winning with Amazonia will award a multiplier up to 100x of your win amount.

The idea here is to defeat the opponents which appear at the top of the reels by landing champion symbols which will help defeat them; the round is over once they’re all defeated or if all twelve opponents appear above the reels – the number of spins is unlimited.

Game of Gladiators joins a long list of Roman-themed online slots but this rises above the ranks somewhat with its range of reel modifiers and in-depth free spins round which includes a coherent narrative. Highly recommended.