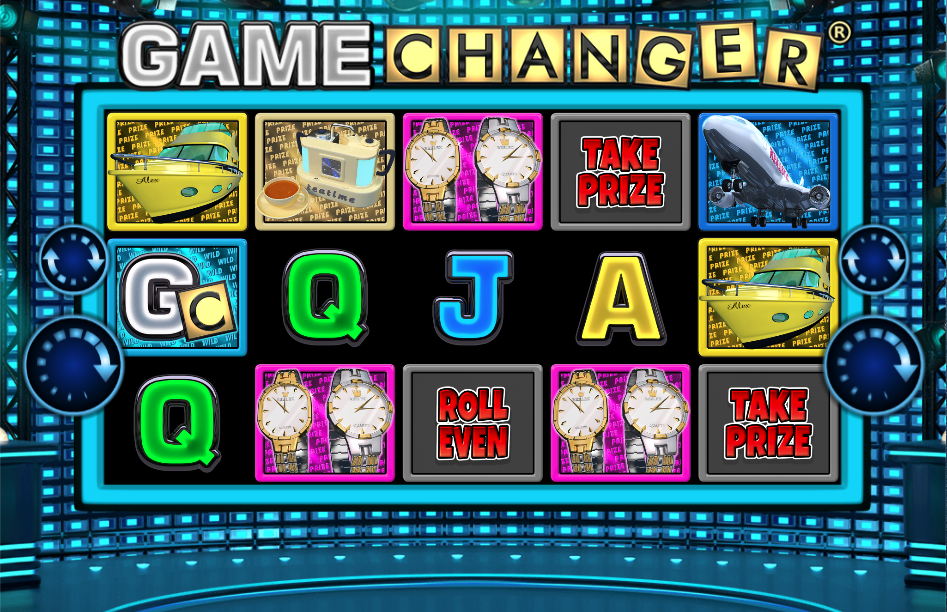 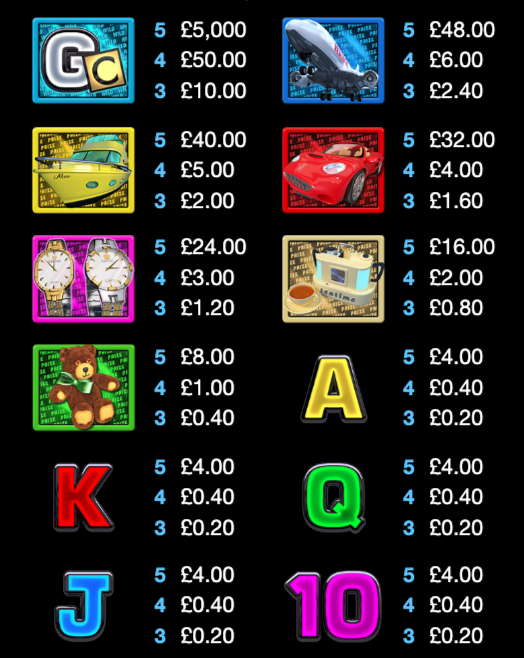 If you can picture yourself taking part in a television gameshow from the 1970s then you’re already halfway to experiencing this online slot machine from Realistic Games; it’s called Game Changer and it comes with a clever, theme-related bonus feature.

Game Changer is a five reel slot with three rows and twenty fixed paylines; those reels float in front of the spotlit television studio in which this particular competition is taking place.

The high value symbols are represented by all the luxury prizes available and include a flight, a yacht, a posh car, a pair of expensive watches, a teas-maid and a cuddly toy; lower values are 10, J, Q, K and A. There are also eight special symbols shown below: 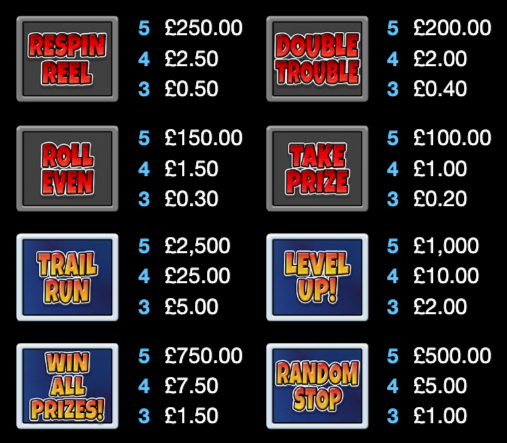 The ‘GC’ logo is wild and it will substitute for all other symbols to help out.

This is the clever stuff and it’s triggered by landing a combination of any of the symbols around the edge of the reels – that is to say everywhere apart from the centre positions on reels two, three and four.  Any symbols which are ‘Take Prize’, ‘Roll Even’, ‘Double Trouble’ and ‘Respin Reel’ now also display ‘X’ and the number 3. The centre positions display prize amounts and the prize items contain multiplier values.

Now roll the dice and you’ll move around that outside track of symbols – landing prize multipliers or one of the four symbols we haven’t talked about yet awards the following:

But land on one of the X symbols and the following bad things happen:

There’s always a GC symbol in the bottom left position and each time you land on that one of the ‘Game Changer’ letters lights up – lighting them all awards 50x the stake.

Game Changer brings something new to the bonus party and that’s always a good thing – this feature is a sort of combination of a UK-style fruit machine integrated into the base game and we like it!