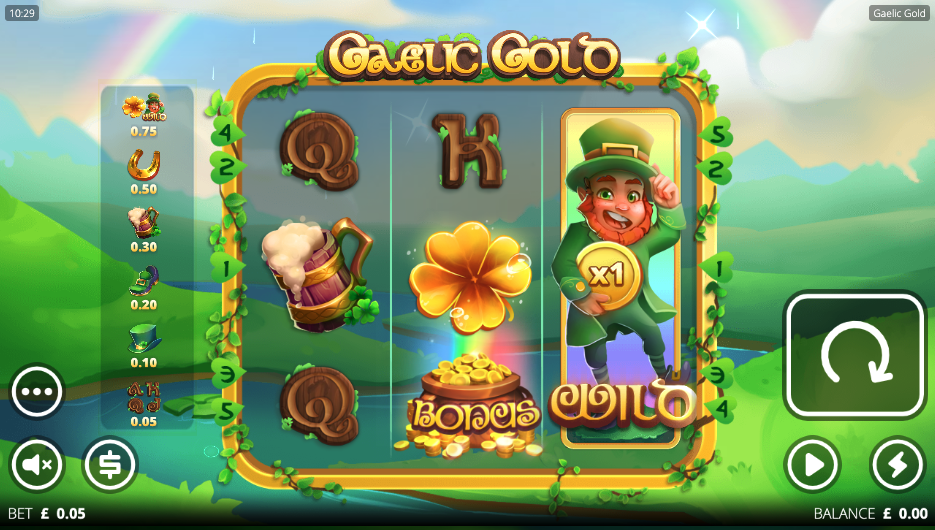 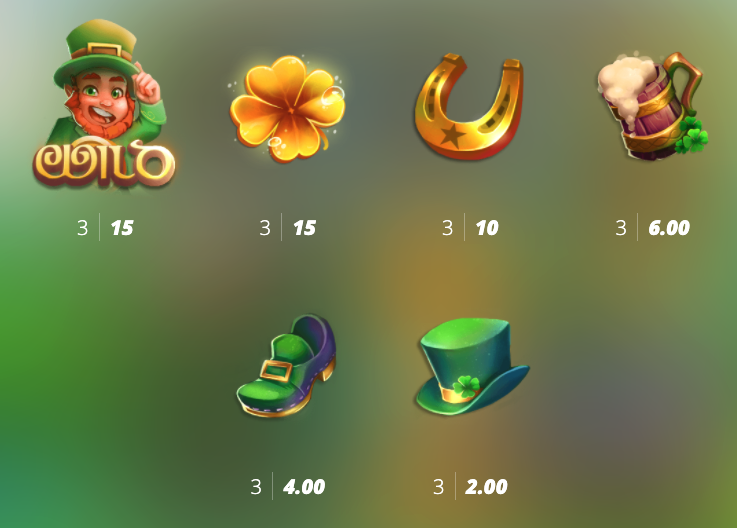 It’s always sunny in Ireland, especially if this is a virtual visit in the company of an online slot machine like Gaelic Gold; this Irish adventure is developed by Nolimit City and it tempts players with nudging wild leprechauns and Rainbow Spins.

Gaelic Gold is a three reel slot with three rows and five fixed paylines; a neat gold frame surrounds those reels, adorned with four leaf clovers displaying the paylines. Fields, rivers and a rainbow in a blue sky complete the cheery scene.

The theme-related symbols include a golden four leaf clover, a horseshoe, a foaming mug of ale, the leprechaun’s shoe and his top hat. The leprechaun himself is wild, he appears three positions high on the reels and he’ll replace all standard symbols to help make winning combos. The pot of gold is the bonus symbol.

Every time the leprechaun nudge symbol appears partially in view he’ll get nudged fully into view; each nudge will increase the win multiplier for any wins by 1x and if you’ve got more then one wild in view then all nudges for each symbol will be added together.

Landing the pot of gold in the middle position of reel two will trigger the Rainbow Spins with an initial award of five free spins; you’ll now be taken to a screen displaying nine coins so click on each to award extra spins, extra paylines (up to four) and increased win multipliers. Keep clicking until you find the ‘Start’ coin at which point the spins will begin.

Gaelic Gold is a very cheerful and entertaining trip to the Emerald Isle and although it may have only three reels it comes with two interesting and potentially lucrative bonus features which brighten up any leprechaun’s day.