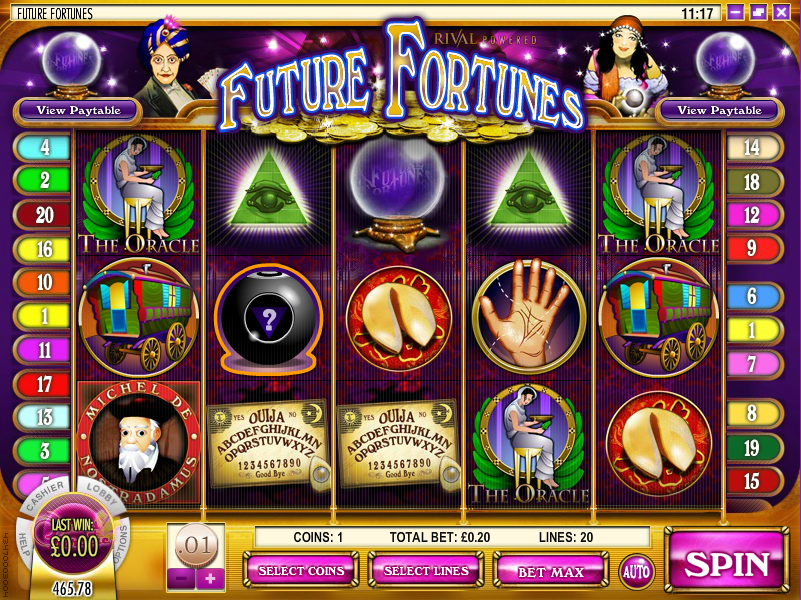 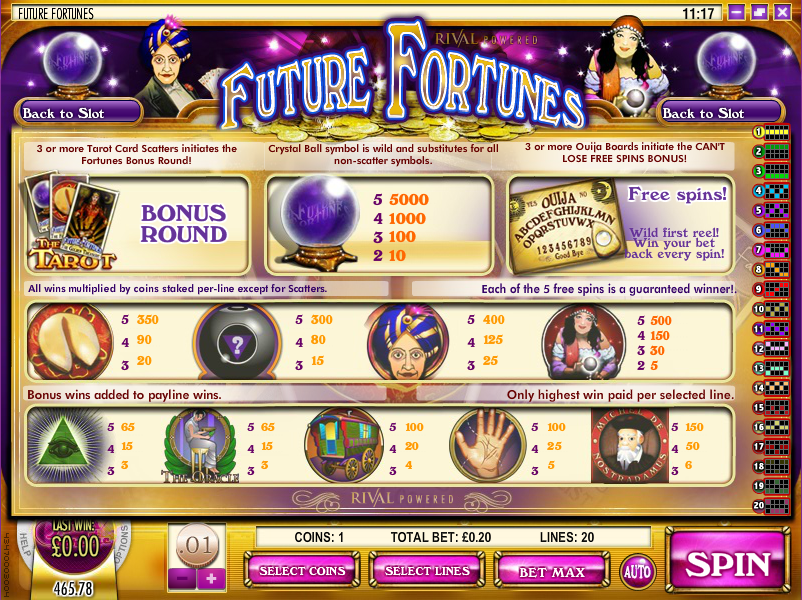 For the superstitious players out there, it’s always refreshing to play an online slot which takes into account your beliefs. Future Fortunes, developed by Rival Gaming, is one such game and it’s filled with references to predictions of the future. Read on to find out if it can predict a win for you anytime soon.

Future Fortunes plays out over five reels and twenty paylines against a patterned backdrop in which various fortune tellers strut their stuff. The symbols are a set of serious and not-so-serious pictures which represented this industry; they include Nostradamus, the palm of a hand, a gypsy caravan, The Oracle, a Freemasonry sign, the gypsy, Mr. Omar, an eight ball and a fortune cookie.

There’s no prizes for predicting there would be a free spins round here but it’s welcome nonetheless; it’s triggered by anding three or more of the Ouija cards anywhere on the reels and for that you will receive five spins.

That doesn’t sound like many but reel one will be completely wild for the duration of the spins and only two symbols are necessary for a win meaning that wins are guaranteed on every spin.

There’s a bit of interactivity here and this round is triggered by landing three or more of the tarot card scatters anywhere on the reels. You will now be shown a screen on which there are two face down cards and one face up – you must choose the face down card which matches the one showing.

Get ir right and you will move on to the next round which has three face down cards but the correct choice is worth a bigger prize. As soon as you guess incorrectly, the round is over.

Future Fortunes largely follows the pattern of most Rival slots but it’s enjoyable nonetheless. The sound effects aren’t too bad, the graphics are nice enough and the bonus features seem to be easily triggered.