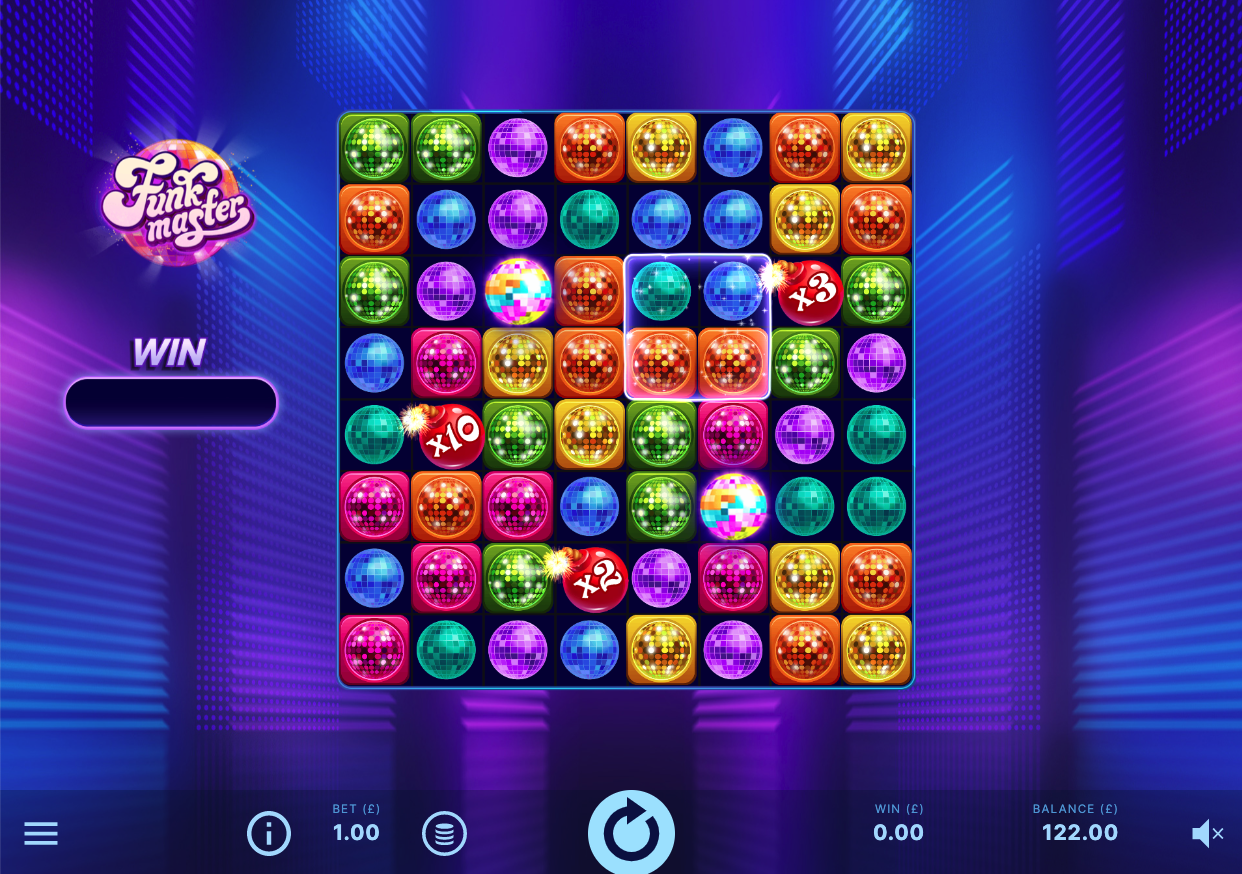 Glitter balls and a pounding, bass soundtrack will greet anyone spinning the reels on this online slot from Net Entertainment – it’s called Funk Master and behind the disco theme there’s a cluster gameplay mechanic, multiplier wins and free spins to be won.

Funk Master takes place on the 8 x 8 grid shown above and the cluster gameplay means that any group of at least six matching symbols connected horizontally and/or vertically will disappear and be replaced by more falling in from, hopefully continuing the process. The funky soundtrack and bright, pastel lighting set the nightclub scene very effectively.

The seven regular symbols are all glitter balls in orange, yellow, green, pink, blue, purple and light blue; the multicolour glitter ball is wild and it will not be removed if part of a win, instead it will move to a neighbouring empty space to keep up the good work.

The bombs displaying the multiplier values (2x, 3x, 5x or 10x) which appear on the reels will have their totals applied to any wins on that particular spin.

During the base game there will always be a 2×2 area marked in a random position on each spin – if you can create clusters which involve all parts of the Hotspot a new wild symbol will be added within that area.

Six free spins are awarded when at least three wild symbols appear on the reels and those wilds will remain in play until they are part of a cluster; the Hotspot is 3×3 in size during this round and if all positions are part of clusters a new wild will be added and an extra row will be unlocked at the top – the maximum number of rows available is twelve.