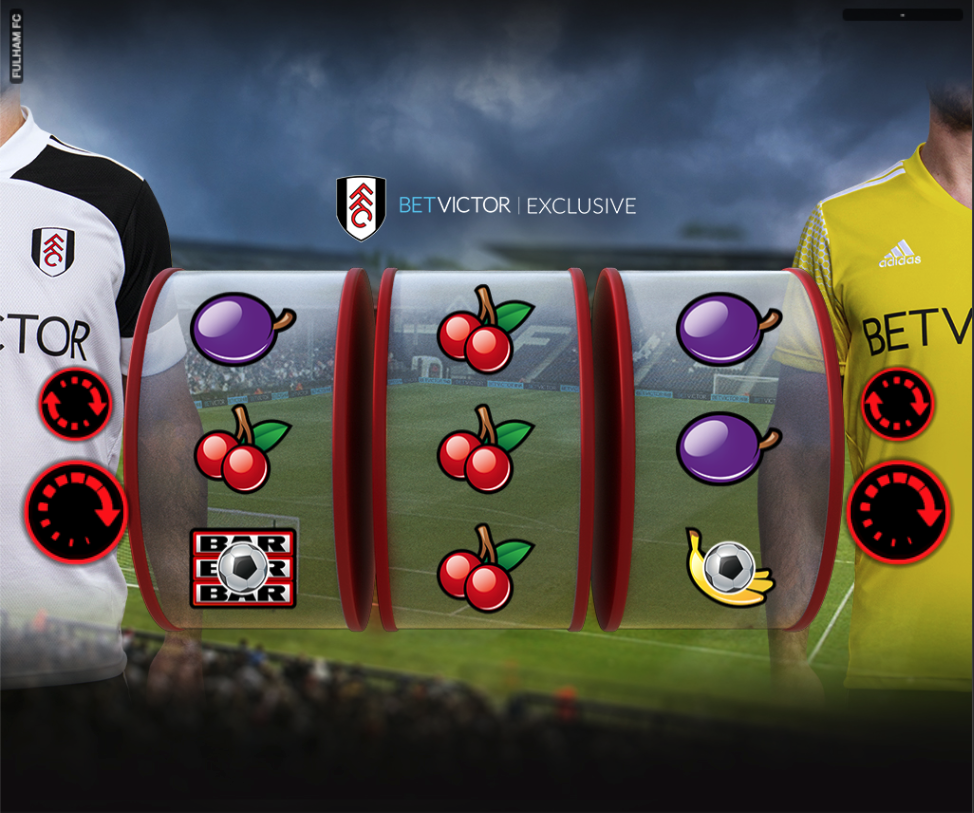 Online slots fans familiar with Realistic Games will already know that they’ve developed games themed on Chelsea and Liverpool in the past; the Cottagers are now getting the reel treatment and that’s because Bet Victor are the current sponsors of Fulham FC. This slot is exclusive to that casino and from £0.05 per spin it offers players three reels and free spins.

Fulham FC is a three reel slot with three rows and just the five fixed paylines; Craven Cottage provides the backdrop to those reels with the home and away kits flanking the opaque footie scene.

The symbols include Big Win, sevens, bananas, oranges, triple bars, plums and cherries; there’s no wild but the special symbols are the footballs and the Fulham club badge.

Landing two footballs and the club crest on an active payline will award ten free spins and a scatter payout of twice the stake; during this round if you can land another badge on reel two it will double the total you’ve won so far. There’s a maximum prize of 250x the stake for this feature but unfortunately more spins can’t be retriggered.

Fulham FC (the slot that is) looks and sounds good with realistic sound effects to accompany your gameplay; if you really don’t like this particular West London club then avoid it but otherwise it’s tip top, three reel entertainment.

The Return To Player percentage for Diamond Blast Zone is 95.25%.

Where can I play Fulham FC?

You can play this slot at Bet Victor only so just click the button below to head straight to this highly-rated casino.