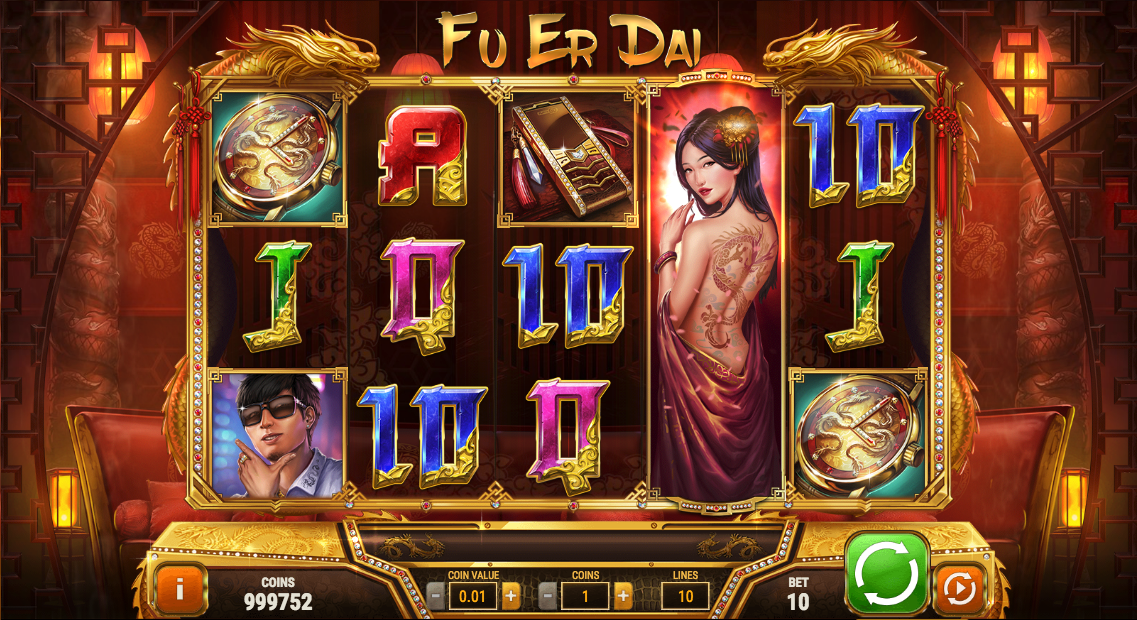 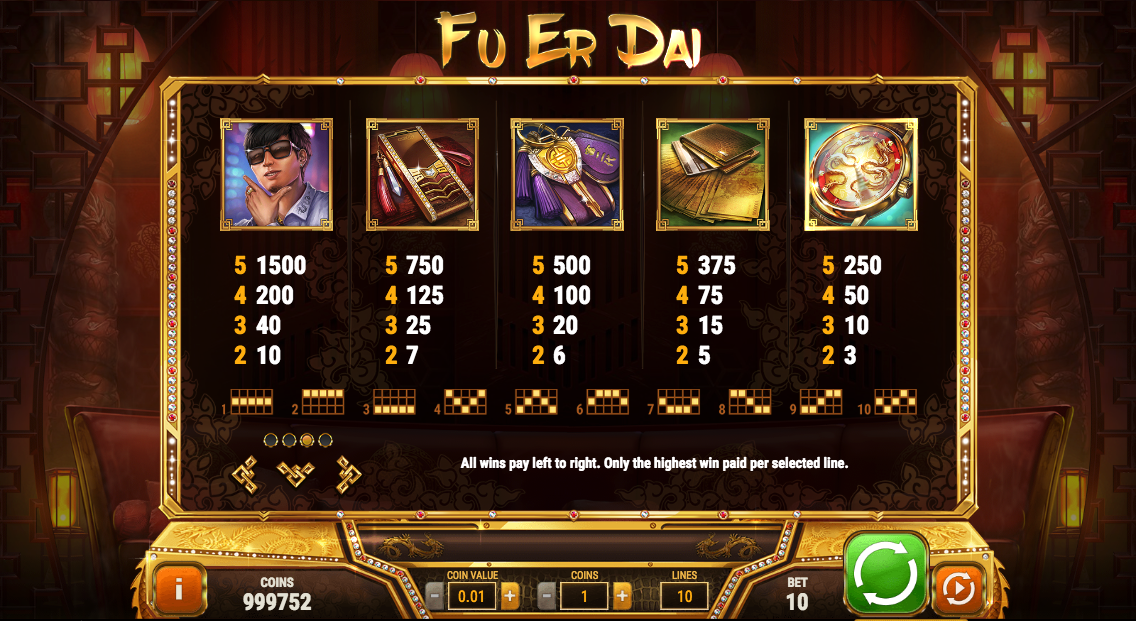 Sometimes we won’t pretend to be able to translate the title of an online slot machine into English but Fu Er Dai is an oriental game which seems to be set in some sort of opium den in which scantily clad girls act as wild symbols for your delectation – find out how it all works below.

Fu Er Dai is a five reel slot with three rows and ten fixed paylines; those reels spin within very ornate golden frames around which stylised dragons curl themselves. In the background is a huge red sofa in the aforementioned establishment with wisps of suspicious smoke drifting towards the ceiling. 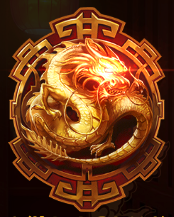 There are five high value symbols and these include a dodgy-looking chap, a gold mobile phone, a set of keys, a wallet and an expensive watch; 10, J, Q, K and A make up the lower values.

The golden dragon is wild, it appears only on reels two, three and four and it will replace all others to form winning combinations; it’s also the key to the bonus features described below.

If one wild dragon lands on reels two, three or four it will transform into a girl and cover all positions on that reel; you’ll then receive one free respin with the wild held in place.

If two or three wilds land on reels two, three and four you’ll receive five free spins and on each spin a wild will remain frozen in place for the next spin also; if new wilds appear the original one can remain frozen there for up to three spins. In addition every wild which lands will award an extra spin up to a maximum of twenty.

We might not know what Fu Er Dai means but the slot itself is good fun, fast moving and with a regularly triggered respin feature to keep the wins ticking over, albeit only on ten paylines. It’s worth checking out and comes with an RTP of 96.50%.