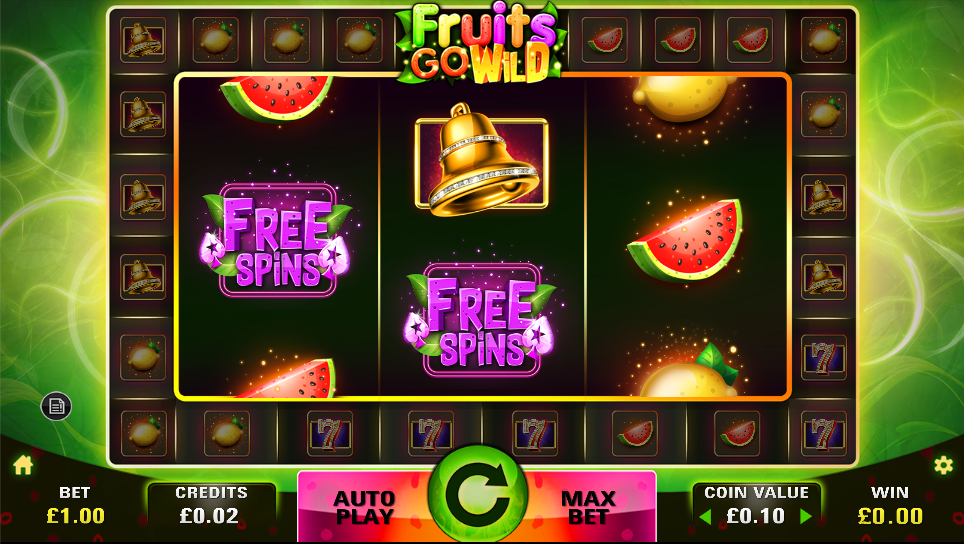 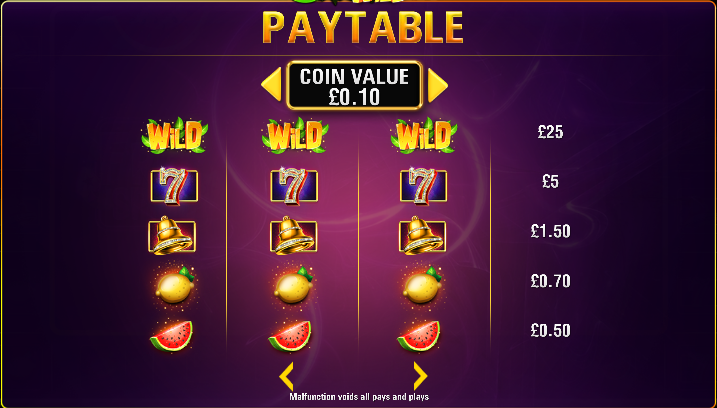 Watermelons and cherries don’t get a chance to let their hair down very often so when an opportunity comes along they grab it with both hands and we end up with an online slot machine called Fruits Go Wild – it’s developed by Leander Games and it offers players free spins and a clever border feature.

Fruits Go Wild is a three reel slot with one row and twenty seven ways to win; there’s a neat, attractive design to those reels in which they spin inside a border which contains more fruit.

The symbols are largely familiar and include sparkly sevens, golden bells, watermelons and lemons.

The wild is a large, yellow ‘Wild’ which will substitute for all other symbols to help form winning combinations except for the purple Free Spins icon. When the wild symbol lands on the middle row then that row will freeze in place for the next spin.

When your gameplay begins the task is to work your way around the outer border by matching that particular symbol to the one which lands in the centre of the middle reel; each match will light up the next symbol and if you can make it all the way round there’s a prize of up to 2500x your stake waiting.

Landing three of the Free Spins symbols in view will trigger the free spins round but we can’t say much more about that because we couldn’t trigger it during our gameplay – we’re sure it’s good though.

Fruits Go Wild is an interesting slot which mostly revolves around the Border Frame Bonus and it’s quite compelling to watch the progress around the edge of the reels; there’s plenty of content hiding behind three reels here.