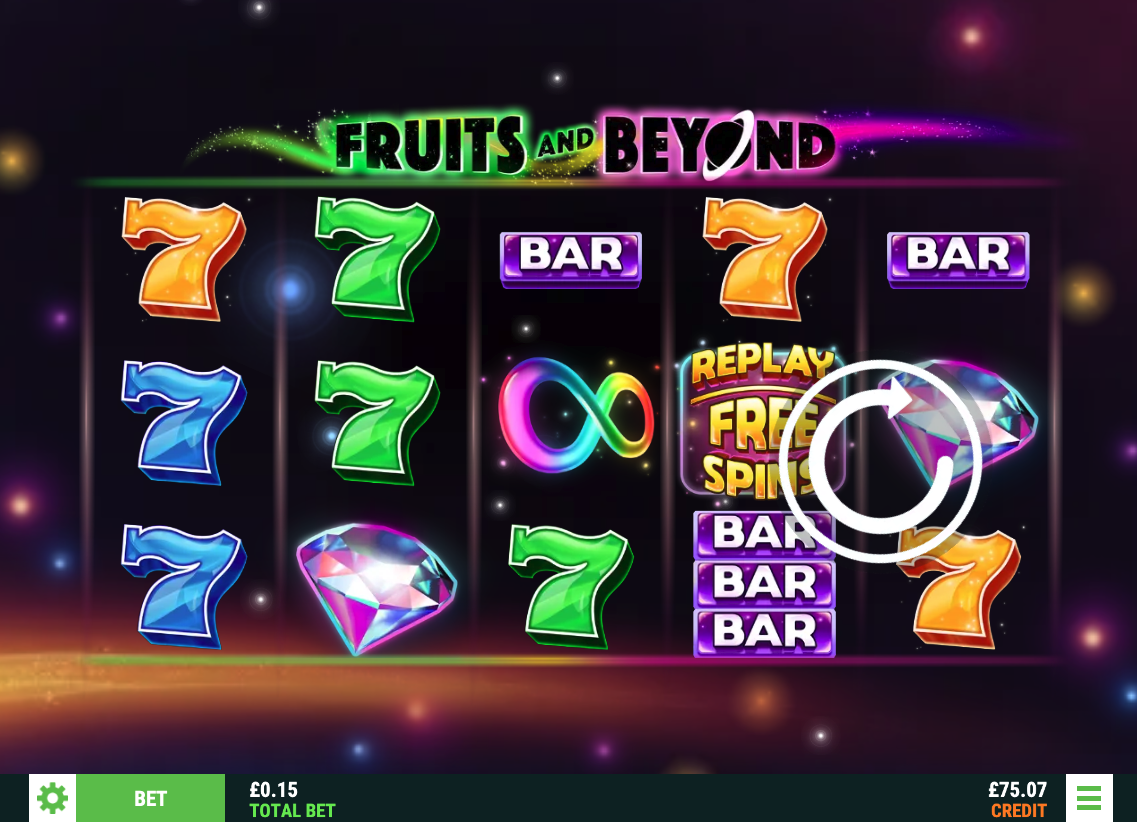 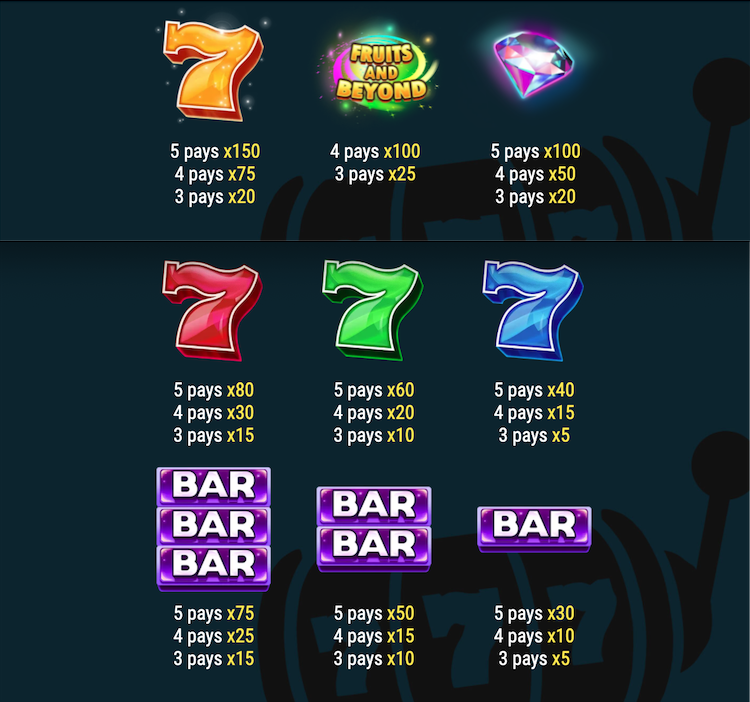 It’s all about the fruit if you choose to have a crack at this online slot machine from Slot Factory/Intouch Games – it’s called Fruits & Beyond and behind the colourful facade there are free spins and limitless Infinity Fruit wins to brighten your day.

Fruits & Beyond is a five reel slot with three rows and fifteen fixed paylines; a lazy bass soundtrack accompanies the gameplay which tales place on a set of transparent reels through which coloured stars drift around in the hazy blackness.

There are plenty of traditional symbols in play here and they include the games’ logo, a purple diamond, sevens in various colours and single/double and triple bars. Bars and sevens will pay out smaller amounts for mixed wins. There’s no wild symbol but the special symbols are the ‘Replay Free Spins’ and Infinity symbols.

Landing three, four or five of the Replay Free Spins scatter symbols anywhere in view will award 5, 10 or 15 free spins respectively; the extra bit here is that when you’ve finished you can choose to discard the first lot of winnings and try again to earn a bit more but you’ll have to accept that second prize.

Trigger this feature by landing three of the infinity symbols on reels one, three and five – these spins take place on a three reel slot with one payline and a selection of symbols with multiplier values attached. Each prize landing on the payline will be awarded and every Infinity symbol in view will trigger another spin.