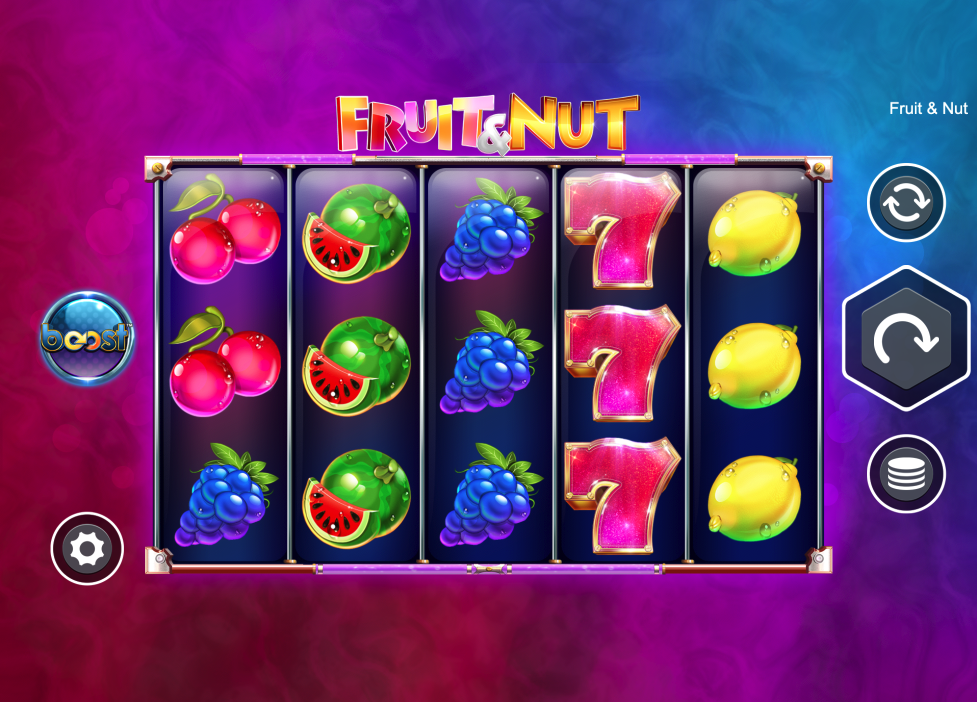 Shiny fruit and hardware come together at last in this online slot from Live 5 Gaming – it’s called Fruit & Nut and it offers players the chance to trigger Mystery Symbol Respins, random wilds and the Boost feature.

Fruit & Nut is a five reel slot with three rows and ten fixed paylines; the sparkly symbols bob around on those reels and the whole setup floats against a hazy, liquid backdrop. Underwater noises add a calming ambience to the scene.

High value symbols include red sevens, watermelons and strawberries while some slightly cheaper fruit in the shape of grapes, plums, cherries, oranges and lemons represent the lower values. The multicolour ‘W’ is wild and the golden nut is the special symbol.

This is triggered whenever at least one golden nut lands in view – it will lock in place and award more respins until no new nuts appear. The nuts will all transform into the same random symbol and each spin will increase the win multiplier by 1x.

This can occur on any spin and between three and eight symbols will be replaced by wilds.

The Boost feature is a different way to grab yourself some free spins and it works in two parts: