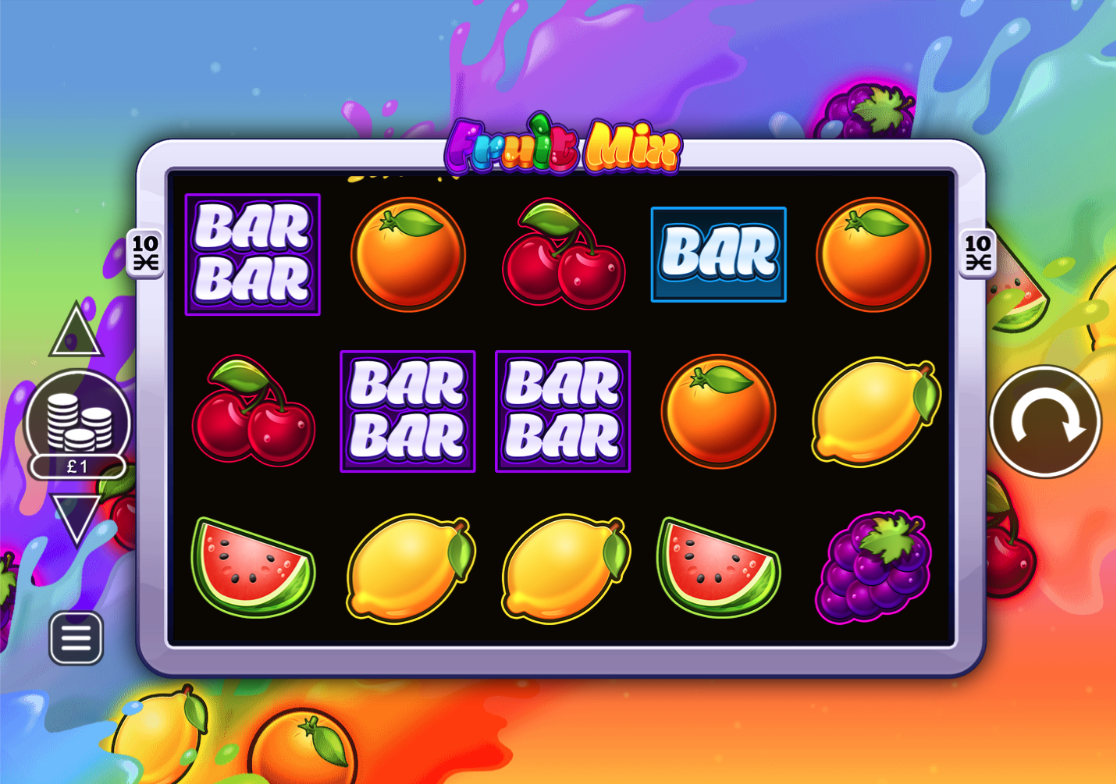 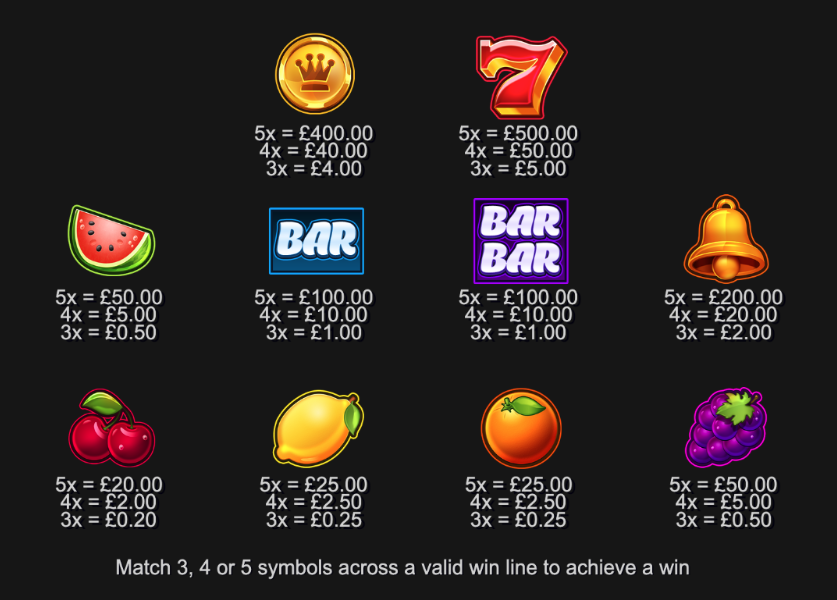 Let’s get back to healthy basics with this online slot from Inspired Gaming which comes with the title of Fruit Mix – it’s a colourful outing into the world of some of nature’s tasty treats and it comes with a wild feature which can be worth up to 500x your total stake.

Fruit Mix is a five reel slot with three rows and ten fixed paylines; beyond the brushed steel frame which holds those reels there’s a strange collage of various pieces of fruit being tossed about in sea of fruit juice.

All the symbols are familiar and include the gold coin, the red seven, the watermelon, the single/double bars, the bell, the cherries, the lemons, oranges and grapes. The games’ logo is the wild symbol.

It’s barely a bonus feature but we’ve given it its own heading for something to write about; wilds act in the usual way unless there’s at least four on the reels in which case there’ll also pay out as scatter symbol. Four are worth 5x the stake, five 50x the stake and the top prize of 500x the stake is reserved for landing at least six wild symbols anywhere in view.