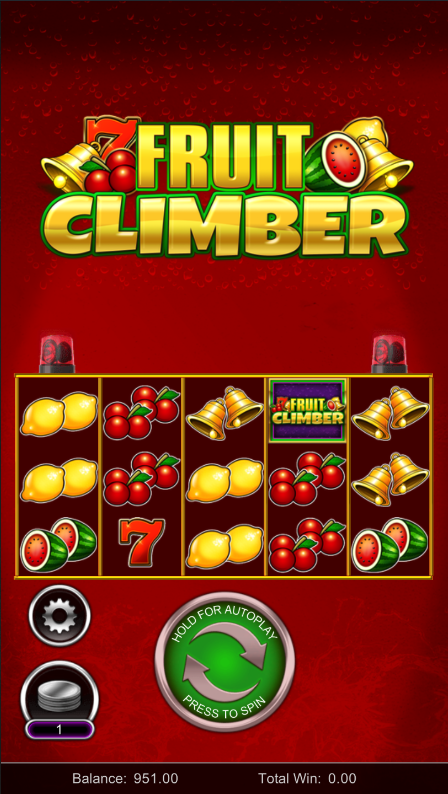 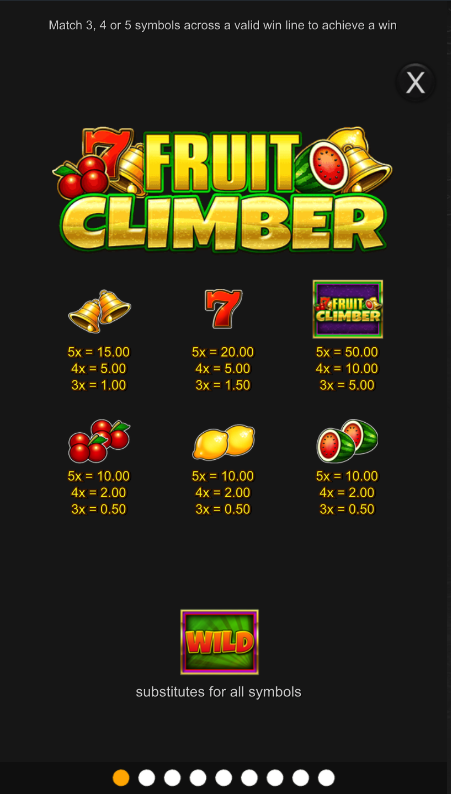 ‘Keeping fruit simple’ would never have worked as an advertising slogan for the grocery industry but it’s a fair description of this online slot machine from Inspired Gaming; it comes with the title of Fruit Climber and while it’s not overburdened with bonus features there are some interesting distractions.

Fruit Climber is a five reel slot with three rows and just ten fixed paylines in the base game; the simple design sees the gold-rimmed reels spin against a backdrop of dark red and the scene is broker up by the two emergency lights above those reels.

There are just six standard symbols here and they are the game’s logo, the bells. a red seven, some cherries, a pair of lemons and a couple of watermelons.

The wild is big, orange ‘Wild’ which will replace all other symbols to help form winning combinations.

This is the main feature of Fruit Climber and it occurs randomly at any point during your gameplay; the height of the reels will increase to at least four rows up to a maximum of eight for up to thirty five paylines and a greater chance of winning something.

In addition three reels will be filled with matching symbols so there’s a fair chance of striking lucky there also. After one spin the reels revert to their normal, three row height.

On any spin except a reel expansion a mystery symbols may appear which will transform into matching standard symbols to help out with wins.

Fruit Climber is clearly designed for mobile devices but it can be played on a bigger screen also; it’s a slot which hides a nice feature behind itds fruity facade and it’s one which can reward the luckier players with some big wins. There’s an RTP of 95.00%.