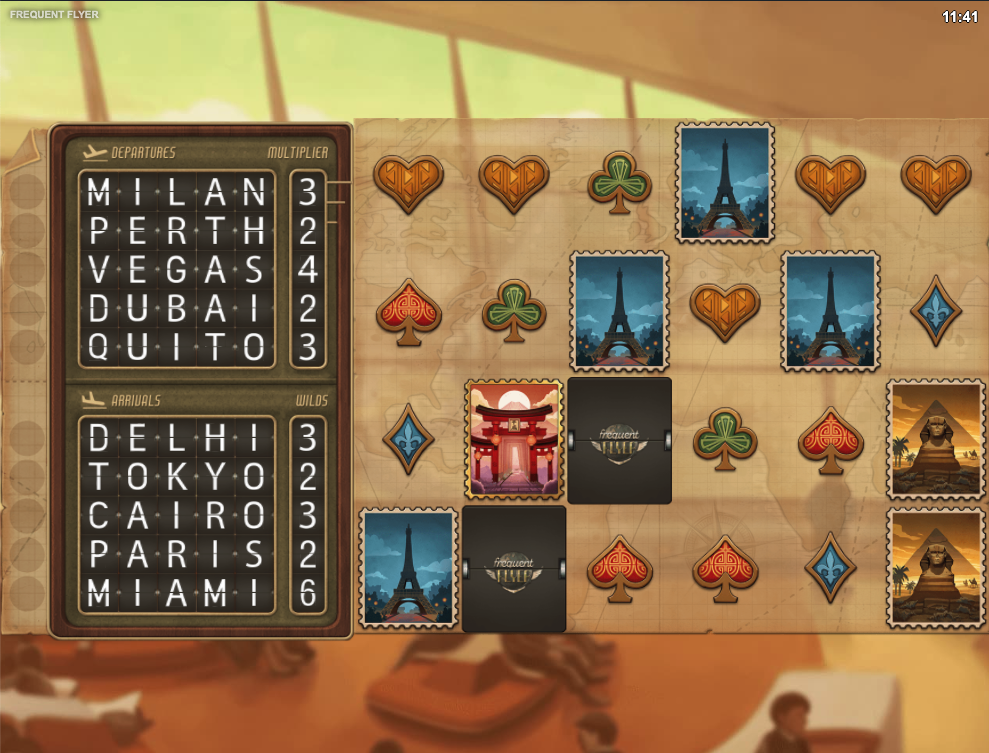 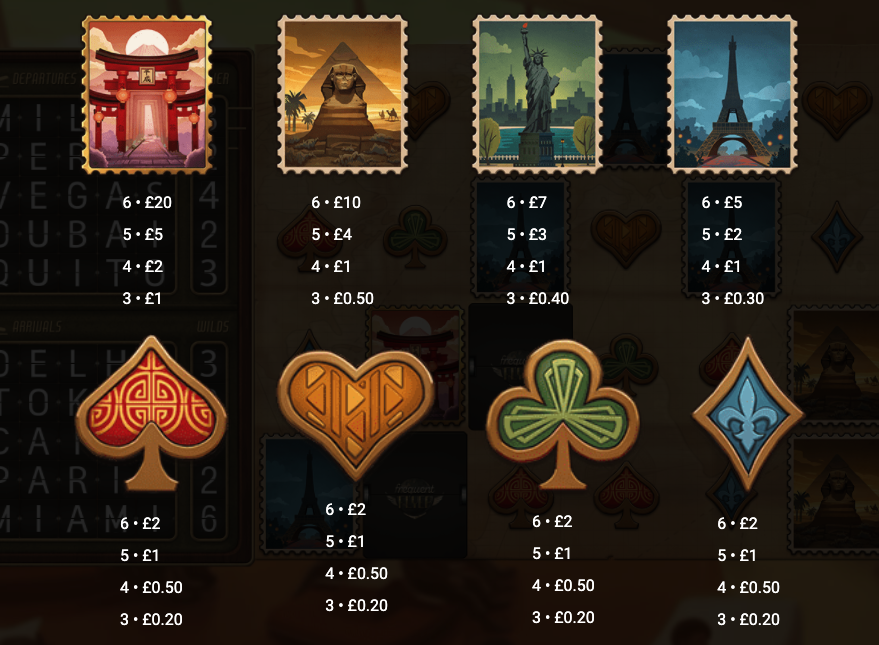 Travel is the theme of this online slot from Relax Gaming, or more specifically the excitement of a departure lounge as you count down the hours until take-off; the name of this game is Frequent Flyer and from £0.10 per spin it comes with a clever departure board feature which results in free spins, extra wild symbols and multipliers.

Frequent Flyer is a six reel slot with four rows and forty fixed paylines; a map provides the faded backdrop for those reels wile the two important departure boards are just to the left.

The four high value symbols are landmarks from around the world such as the Eiffel Tower, the Statue of Liberty, the Sphinx and the Chureito Pagoda near Mount Fuji; playing card symbols in attractive designs make up the lower values. The ‘Wild’ is of course the wild symbol.

Look out for the ‘split flap’ symbols which land on the reels – they each display a letter when they land and you want them to spell out one of the destinations shown on the departure boards. If you can achieve this you’ll receive three free spins with the extra wilds or win multiplier shown to the right of that place. If you can spell out a destination on the first five reels plus a +3 on the sixth then three extra spins are awarded.

The extra wilds are dropped onto the reels by planes which circle around for a bit before releasing their payload.

Each bonus trigger will place a stamp next to it and when all destinations have been visited you’ll get to play the Frequent Flyer Free Spins – there are four choices here:

This can be awarded on any base game spin and two split flaps will be placed onto the reels to help out with triggering the feature.