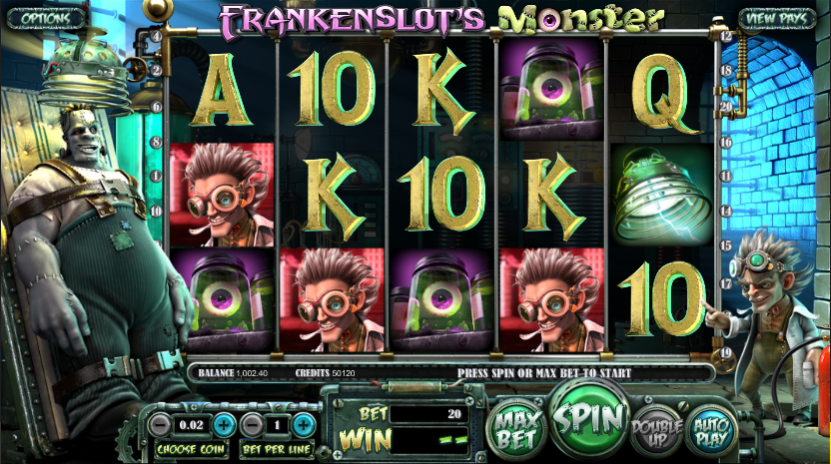 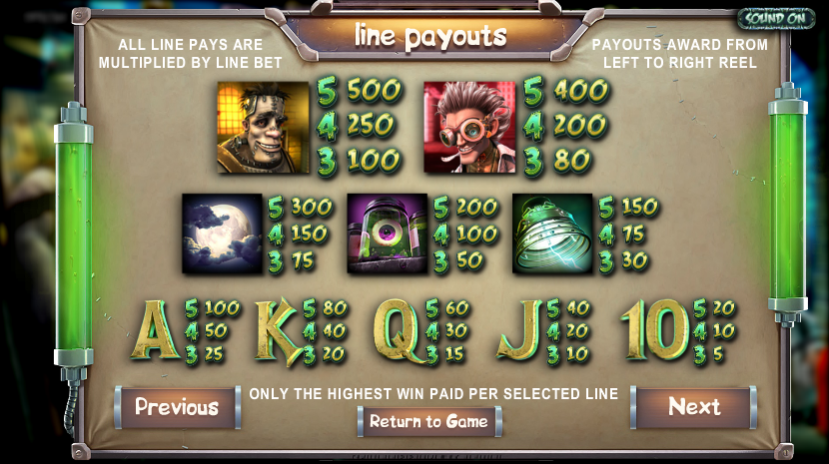 Mary Shelley’s Frankenstein’s monster is one of the most famous fictional creatures of recent centuries and clearly the inspiration behind this top notch online slot from Betsoft Gaming. It’s called Frankenslot’s Monster, it’s one of Betsoft’s slots3 range and it comes complete with two extra bonus features – read on to find out more.

Frankenslot’s Monster is a five reel slot with three rows and twenty fixed paylines; we seem to be in some underground lab with the wild-haired Frankenslot on the right hand side and the monster tied to a contraption on the left.

There are five high value, theme-related symbols including the monster, Frankenslot, a full moon, an eyeball in a jar and the electrifying machine; 10, J, Q,. K and A are the lower value icons.

The wild symbol is an electrified ‘wild’ which will substitute for all others except the scatter and bonus icons – they are the triggers for the two bonus features.

This is triggered by landing three of the scatter symbols anywhere on reels two, three and four; you will be rewarded with eight free spins and with each spin, the monster will be electrified, leading to one, two or three symbols on the reels turing wild.

More spins can be won indefinitely by landing three or more scatters again during this round. The bonus round cannot be triggered from here.

Trigger this by landing three of the bonus symbols anywhere on reels one, three and five; you will now be taken to a screen (shown below) and to adjust the settings and then pull the lever. It’s all random of course and after you’ve electrified the monster you’ll be awarded a multiplier of your total bet up to a maximum of 25x. 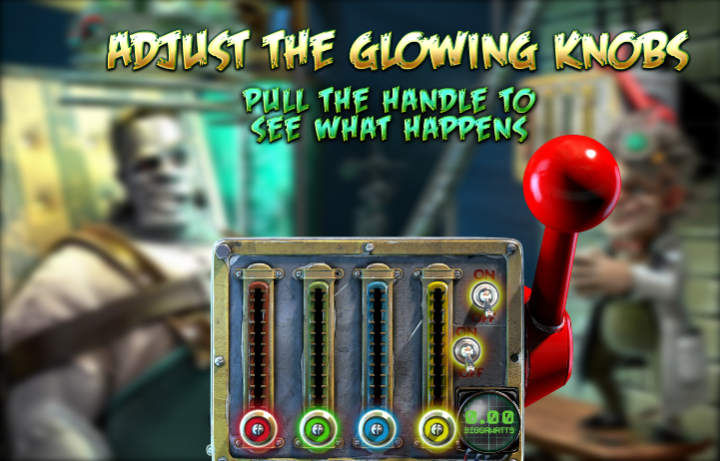 Frankenslot’s Monster is more like a standard slot than many of the impressive slots3 range in that it has a wild symbol and it’s limited to just two bonus features. It’s graphically excellent of course, it’s good fun and is well worth checking out.