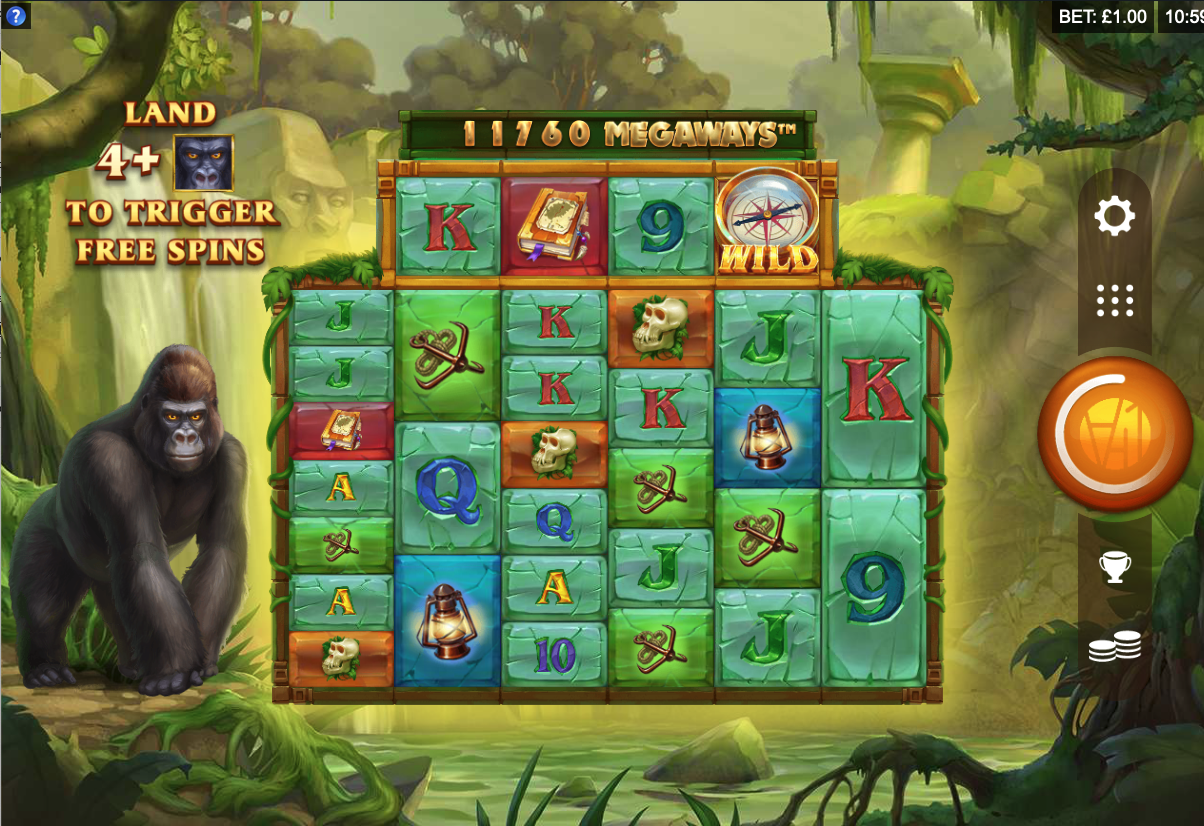 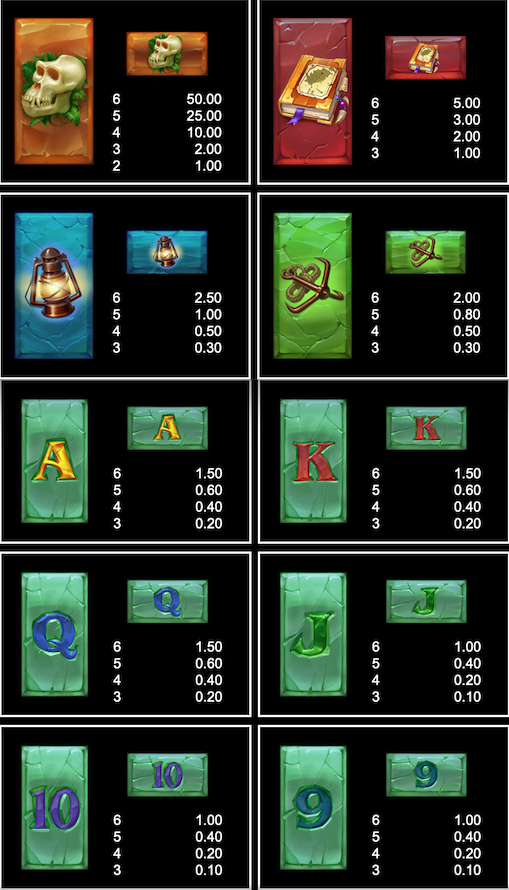 King Kong is the famous theme of this online slot from Microgaming/all41studios and this story comes with the title of Forgotten Island Megaways; it’s an all-action game and from £0.20 per spin it tempts players with a huge number of paylines, free spins and cascading reels.

Forgotten Island Megaways is a six reel slot with up to six rows (seven on reels one and six)and the extra horizontal reel across the top; Maximum Megaways of 117,649 are achieved when the reels land with six rows on each reel. Kong stands to the left, enjoying the flora and water features of Skull Island.

High value symbols include the skull, the book, the lamp and the anchor; 9, 10, J, Q, K and A represent the lower values; the compass is wild anti only appears on the horizontal reel while Kong is the scatter symbol.

Every symbol involved in a winning combination will disappear and be replaced by more falling in from above, hopefully continuing the process.

Kong can awaken at random on any spin and award a win multiplier of up to 10x; each consecutive win with Rolling Reels will then increase the multiplier by 1x with no upper limit.

Landing four Kong scatter symbols anywhere in view will award tenure spins but each extra ape will add two more spins; this round will kick off with a 2x win multiplier which increases by 1x with each Rolling Reel win.

Forgotten Island makes good use of BTG’s Megaways setup and it’s all combined well with the King Kong theme and the use of the ape as part of one of the bonus features; Rolling reels, free spins – it’s all good and they both contribute to an entertaining slot.