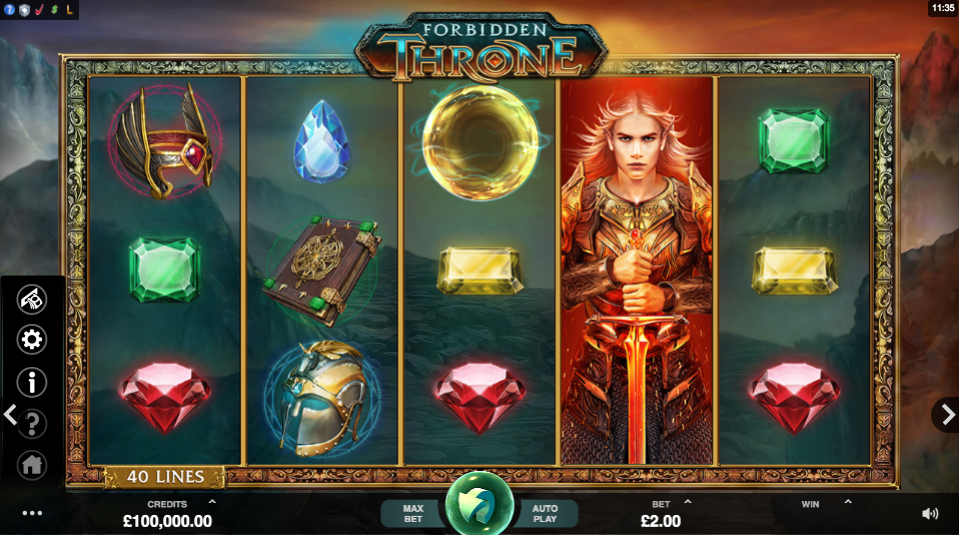 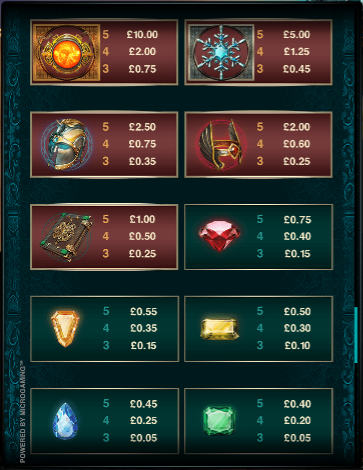 Appearing at a Microgaming casino near you is this fantasy-themed online slot set in a time when unicorns walked the earth and the glow from above could be the corona of a fiery phoenix. This game is called Forbidden Throne, it includes two separate bonus features and you can read all about it below.

Forbidden Throne is a five reel slot with three rows and forty fixed paylines; all the action is set in some mountainous, mystical land where freezing weather collides with scorching heat to create a landscape which looks unsuitable for a holiday destination.

The four higher value symbols include a golden helmet, a winged headpiece with an inset ruby, an ancient book, a snowflake design and a fiery representation; the lower vales are represented by five coloured gems – red, orange, yellow, blue and green.

The wild symbol is the game’s logo and it will substitute for all others to create winning combos except for the glowing orb scatter icon. 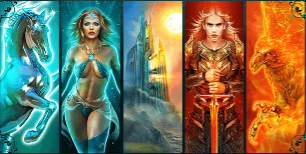 On every spin at least one of the reels will turn completely wild and be represented by one of the characters shown here to the right. Note that scatter symbols may overlay these symbols so you still have a chance of triggering the main feature.

Forbidden Throne is a step up in quality and creativity from some of Microgaming’s more recent releases and it’s very enjoyable; your wins will be frequent but small and it always feels as if something good is happening. This game comes with an RTP of 96.01%.