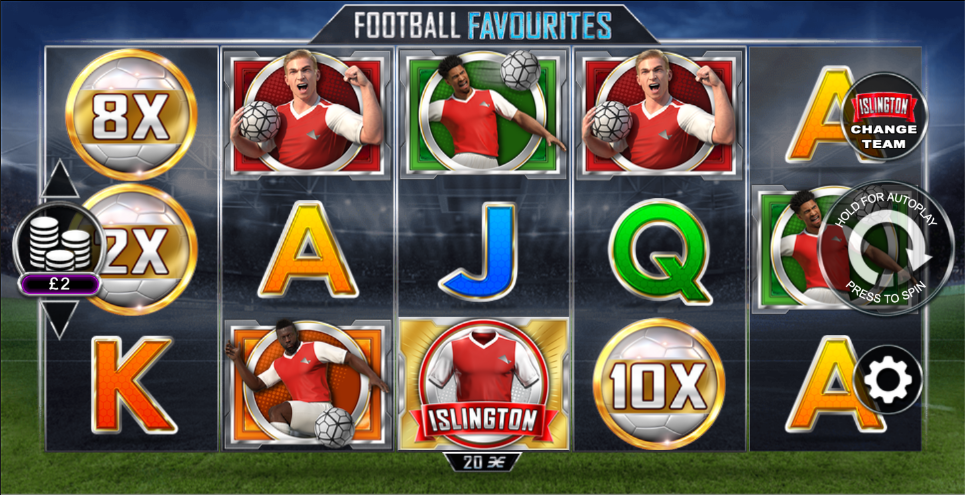 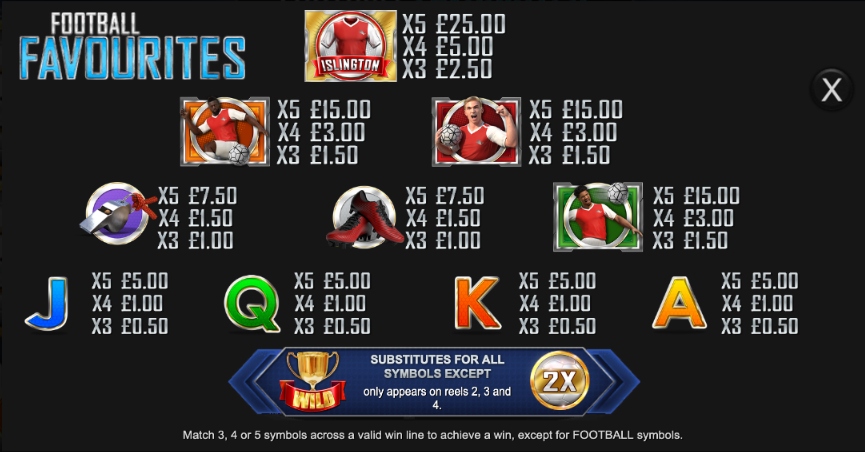 The beautiful game is the theme of this clever online slot machine from Inspired Gaming; it’s called Football Favourites and not only do you get to pick a team to follow, you’ll also get to watch that team score goals and win money.

Football favourites is a five reel slot with three rows and twenty fixed paylines; dramatic music accompanies your gameplay which takes place on modern reels against a backdrop of a large, floodlit stadium stretching off into the murky distance.  Presss the ‘Change Team’ button in the top right hand corner to choose between Liverpool, United, City, Tottenham, Islington (presumably Arsenal), Chelsea, Madrid and Barcelona.

The higher value symbols are your teams’ kit, three of your players, a referee’s whistle and a pair of football boots; J, Q, K and A are the lower values.

The gold trophy is wild, it appears only on reels two, three and four and it will replace all standard symbol to help form winning combos – the football’s with the multiplier values attached are the bonus symbols.

This is triggered by landing at least six of the footballs anywhere in view – they’ll all display multiplier values up to 8x and these are totalled ready for the next bit.

You’ll now get to watch some highlights from a game between your team and their opponents and each goal scored by you will award the total multiplier value; if the match is won you’ll receive 3x that amount and if it’s a draw just 1x.

Football Favourites can count itself one of our favourite footie-themed slots just because it includes some actual football in the bonus feature and that’s always a good thing; the only drawback for us is that the mighty Colchester United aren’t one of the available teams!