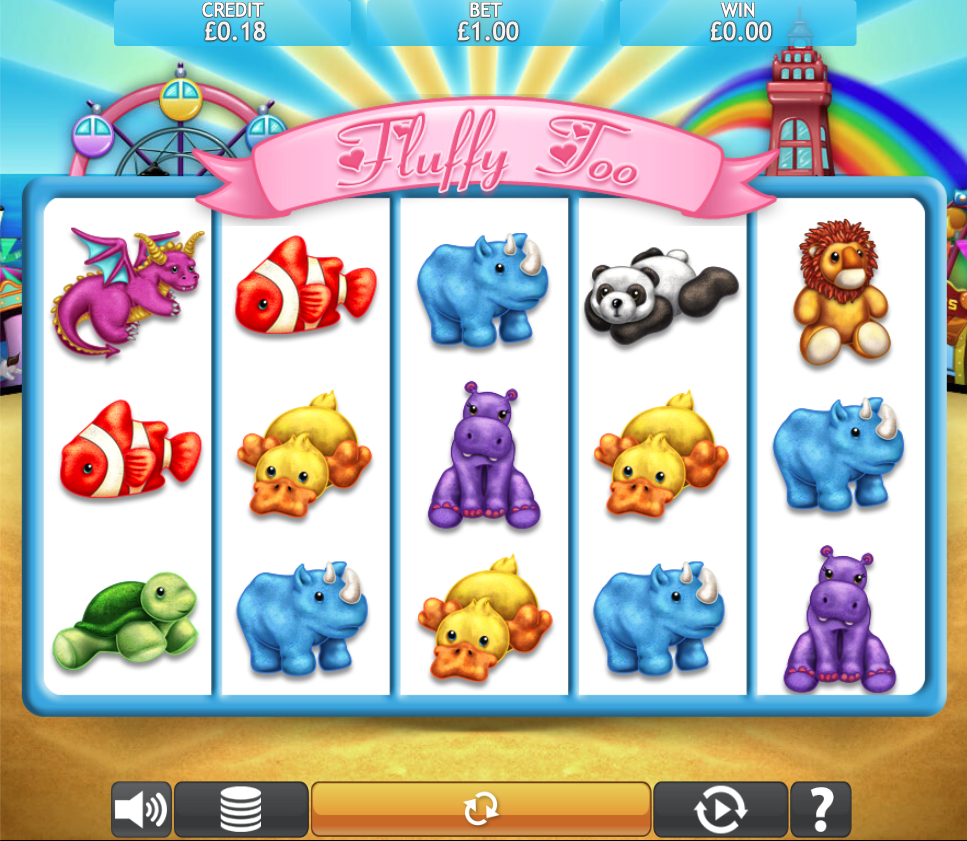 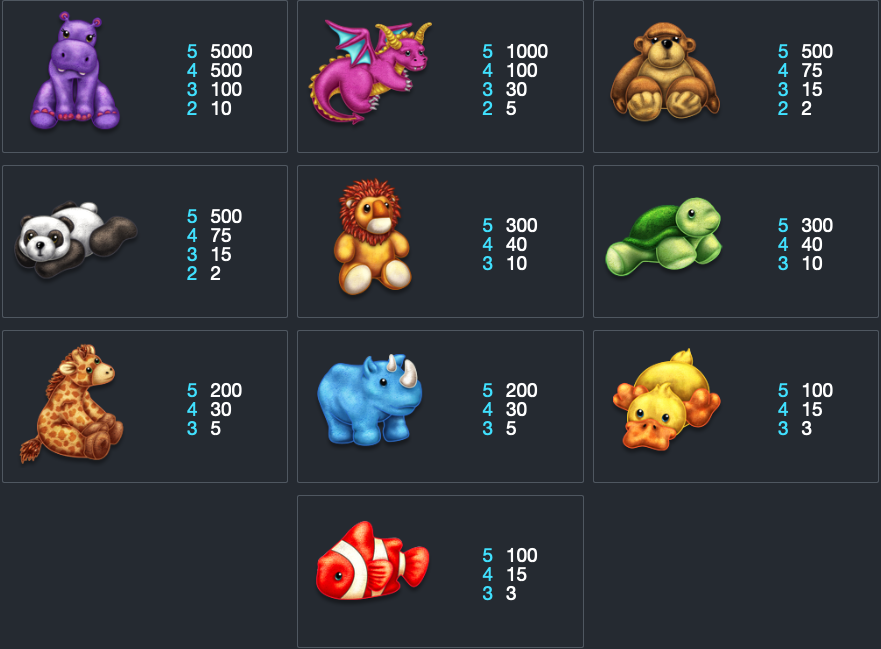 If you’ve previously enjoyed an online called Fluffy Favourites from developer Eyecon then get set for this similar outing – this one’s called Fluffy Too and while it retains the same cute graphics and characters it introduces some new bonus features.

Fluffy Too is a five reel slot with three rows and the retro option of up to twenty five paylines; the backdrop to those reels is a seaside fairground complete with dangerous rides operated by unqualified youths.

All the symbols are related to the theme and include the hip, the dragon, the gorilla. the panda, the lion, the tortoise, the leopard, the rhino, the duck and the goldfish; the elephant is both the wild and the scatter and there’s another scatter symbol represented by a gold coin. Any wins aided by the wild elephant will be doubled

Landing at least three of the scattered coin symbols anywhere in view will activate this feature and it’s a picking round in which you’ll get one pick per coin; each coin will award up to 100x the stake.

This is triggered by landing three, four or five of the elephant wild/scatter symbols anywhere in view for which you’ll receive 15, 20 or 25 free spins respectively; the sole enhancement to this feature is the tripling of all wins and the spins can be retriggered with three more elephants.

It’s fair to say that if you like the graphical style of Fluffy Favourites then Fluffy Too will be right up your street – it certainly looks quite basic but it’s engaging in a cute way.