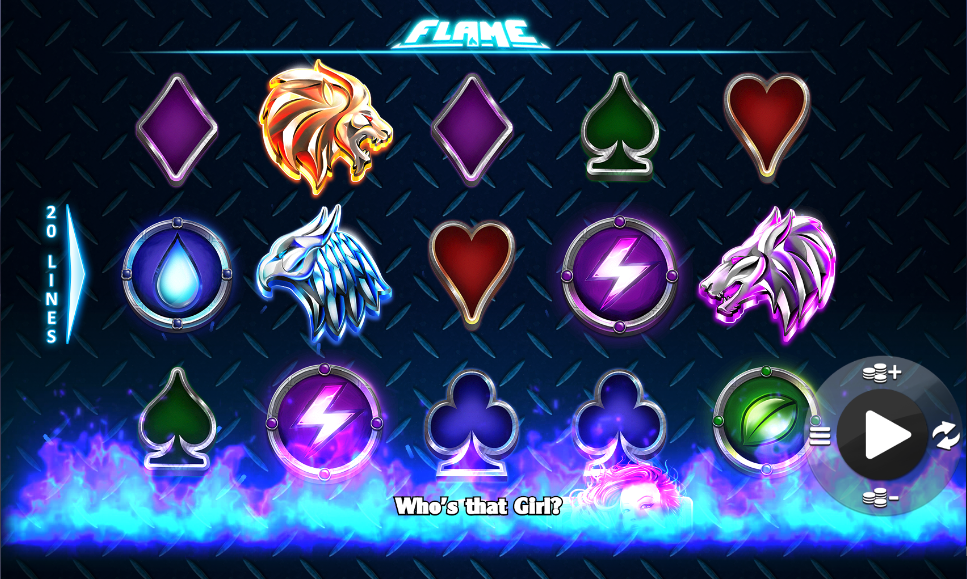 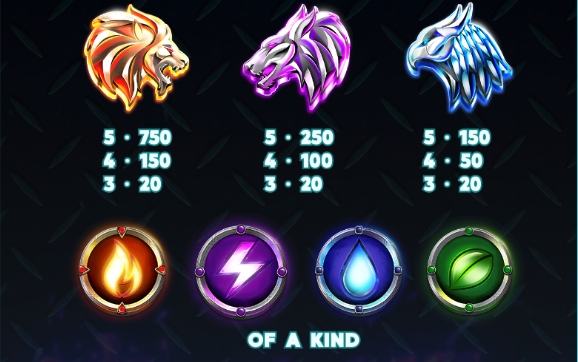 Grab some marshmallows and join us now as we check out this toasty online slot from NextGen Gaming; it’s called Flame and it comes with lots of heat-related mini-features – keep reading to find out more.

Flame is a five reel slot with three rows and twenty fixed paylines; a blue flame keeps the bottom row nice and warm as those transparent reels spin against a metallic, industrial backdrop.

The three high value symbols are stylised representations of animals – a lion, a wolf and an eagle; the medium values are perhaps the four elements – fire, air, earth and water – while the lower values are the standard playing card icons.

The pink-haired girl is wild, she appears only on reels two, three and four and she will substitute for all others to help form winning combos except for the circular bonus symbol.

The following features may occur at the end of any spin:

There’s an attractive style and atmosphere to Flame which makes you want to try one more spin to see of one of those mini-features is going to make an appearance; there are some big wins to be had in the free spins and an RTP of 95.51%.