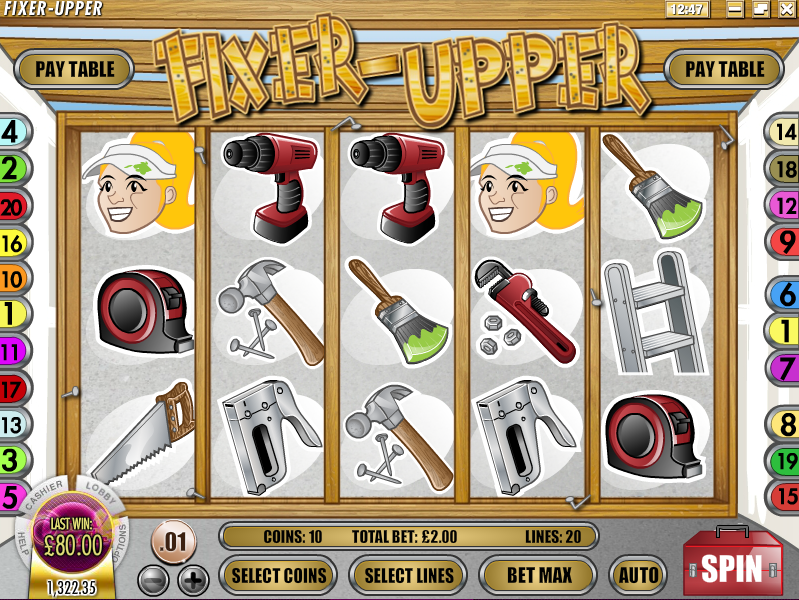 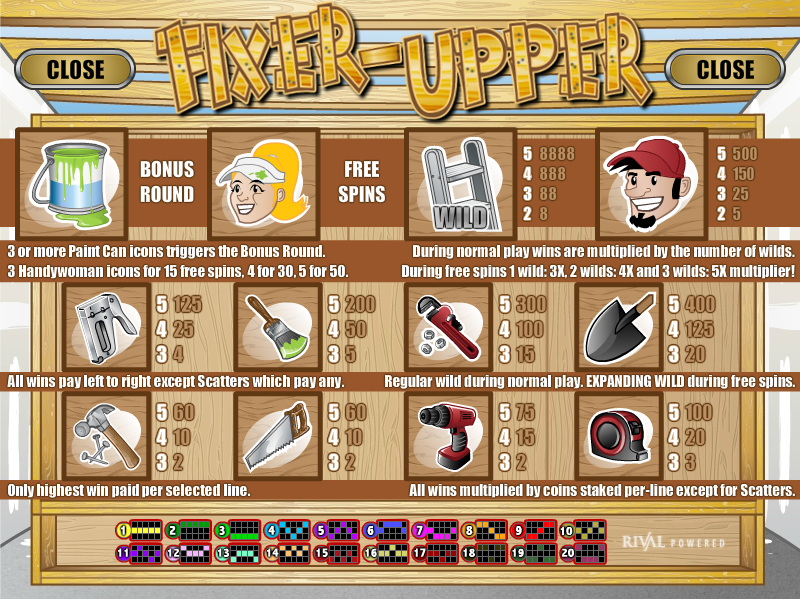 If you’re not familiar with the term ‘Fixer Upper’ then we’ll just explain that it’s an American term for a run down house with lots of potential to improve. This is demonstrated if you take the time to watch the short intro movie to the is online slot from Rival Gaming. It’s all about DIY and it’s part of their i-Slots range of games.

Fixer Upper features five reels and twenty paylines and those reels are framed by plenty of patched-up pipework up in the roof of this particular shabby property.

The main symbols are a range of DIY items and include a tape measure, a drill, a saw, a hammer, a spade, a pot of green paint, a paint brush, a stapler and the handyman.

There are two bonus symbols – a spanner and the handywoman – and a stepladder represents the wild.

The cheerful handywoman is the key to this feature and you will get the following for landing her:

During this round the wild will become an expanding wild which means if there’s a win possible it will expand to fill all positions on it’s reel. Two or three wilds on the same spin will multiply your win by 4x and 5x respectively.

Rival’s i-Slots often feature some player interactivity and that’s the case here: three or more of the spanner scatter symbols anywhere on the reels will kick it off and you will get to play a game in which you have to piece together pieces of pipe. The more you manage, the higher the prize you will win.

This is stage one and the next game you play will involve paint rather than pipework as you gradually repair different aspects of the house.

This is what a good slot should be about – a narrative, lots of bonus features and puzzles you can actually play – definitely worth checking out.