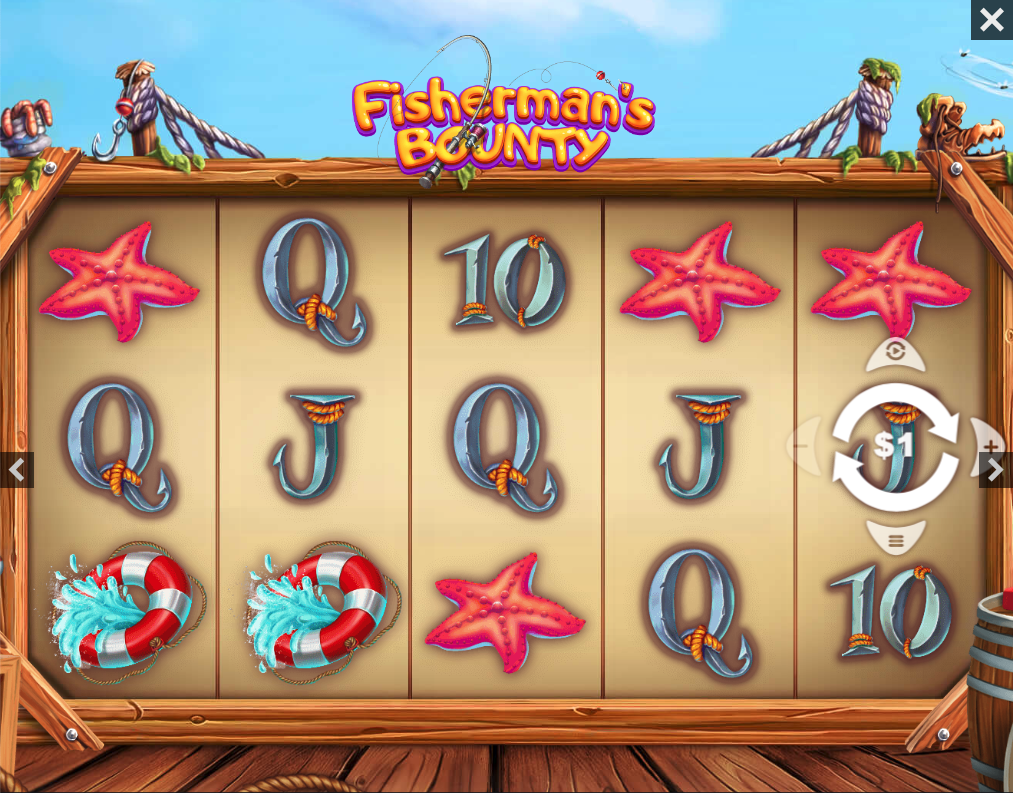 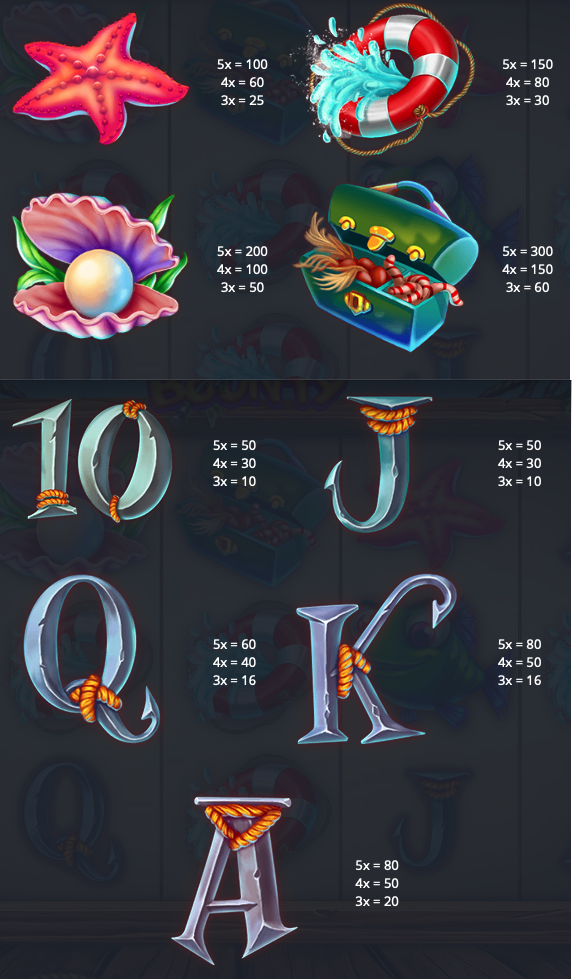 There’s some fishy action going on down at the docks in this online slot from Pariplay – it’s called Fisherman’s Bounty, it’s themed on the eternal battle of man vs fish and it offers players free spins with extra symbols in play.

Fisherman’s Bounty is a five reel slot with three rows and fifty fixed paylines; those symbols spin on a wooden board fixed to the dock and there’s an occasional flypast by an intrepid gull.

High value symbols include the starfish, the lifebuoy, the oyster and the tackle box; 10, J, Q, K and A make up the lower values; there’s no wild symbol in the base game but the fishing boat is the all-important scatter.

Landing at least three of the fishing boat scatter symbols anywhere in view will award the following spins:

Three extra symbols appear during this round – Fisherman Fred, the Anglerfish and the Pufferfish; symbols can land with cash values attached and if a ‘Collect’ symbol lands on the same spin you’ll win those amounts. Free spins can be retriggered an unlimited number of times.

Wins can be gambled by pressing the button which appears below the reels after a win – this is a simple, doubling-up game but guess wrong and you’ll lose it all.

Fisherman’s Bounty is a fairly straightforward slot with some very fast-moving gameplay and plenty of cheerful marine creatures; the bad news (for us) is we didn’t manage to trigger the free spins round and there’s quite a low RTP of 94.00%.