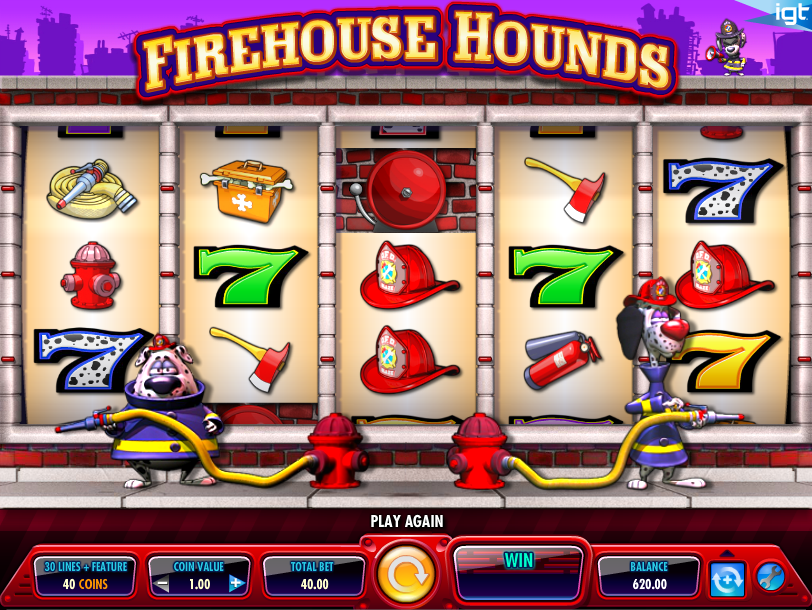 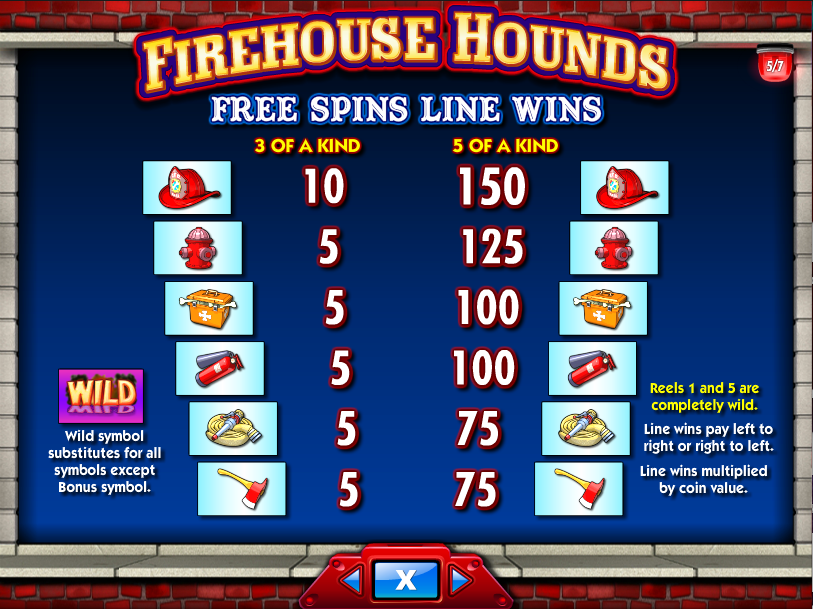 Online slots fans and dog lovers have at least one thing in common and that’s the belief that their furry friends are capable of so much more than lying around and watering lampposts. This IGT game certainly backs up that view and in Firehouse Hounds man’s best friend is employed to put out fires in a game which features some nice animations and a couple of bonus features.

Firehouse Hounds is a five reel slot with three rows and thirty fixed paylines; behind the reels there’s a purple, silhouetted view of the city while in front stand two of the canine fire crew, ready to douse the reels when the Wild Fire feature starts.

There are six theme-related symbols including a helmet, a fire hydrant, a first aid box, a fire extinguisher, a hose and a fire axe; there are also five different coloured sevens which will also payout when five are combined on a payline. In this game you can form winning combos from right to left as well as left to right.

The wild symbol is a gold ‘Wild’ on a purple background; the bonus symbol is the fire bell which appears only on reels two, three and four.

On any spin reels one, five or both can become completely wild (this is where the dogs douse the flames) to help out in forming winning combinations.

This is triggered by landing three of the fire bell symbols anywhere on reels two, three and four. You must now click on one of the fire poles shown to earn four, five or six free spins. While the spins are underway reels one and five are completely wild.

More spins can be one by landing three more fire bells for which you will also receive 30x the coin value.

Firehouse Hounds is an action-packed slot with some fast-moving gameplay and some top quality graphics. The Wild Fire feature is triggered regularly and the free spins can be lucrative. The RTP ranges between 91.99% – 96.06%.