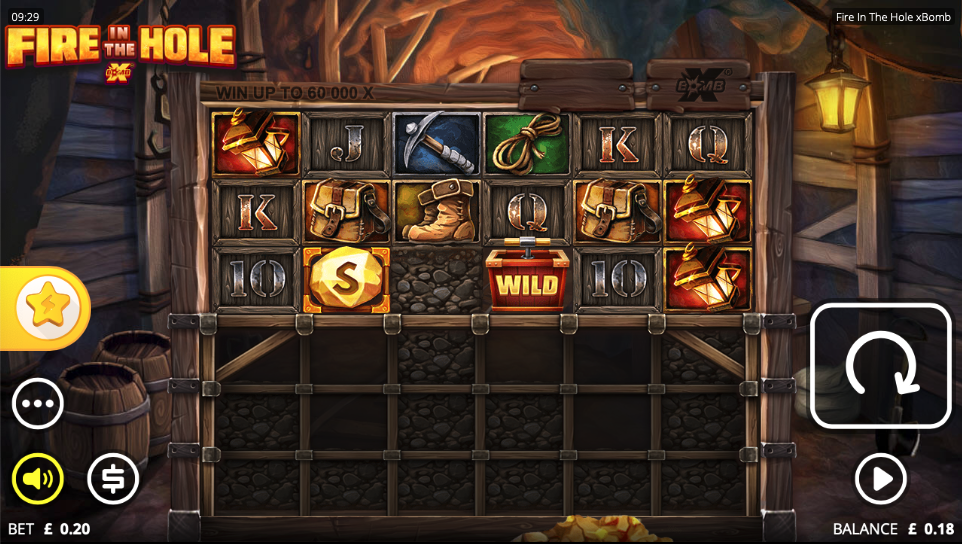 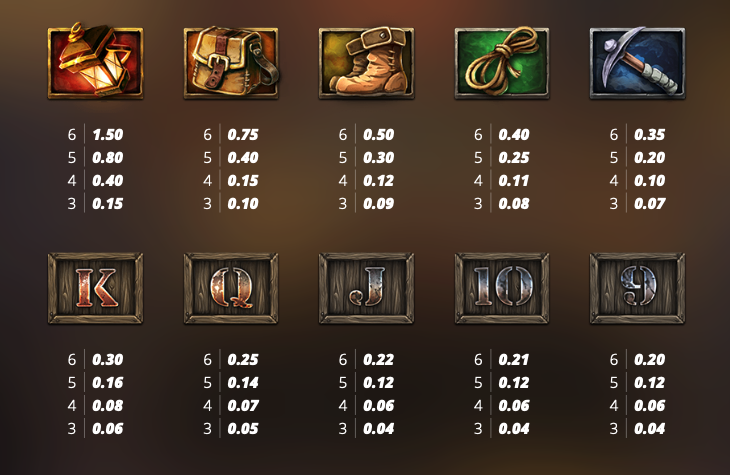 Mining for gold and gems generally makes for an entertaining online slot machine and this release from Nolimit City adds various layers of subterranean excitement; it’s called Fire In The Hole xBomb and its features include expanding reels, collapsing symbols and Lucky Wagon respins.

Fire In The Hole xBomb is a six reel slot with an initial three rows and sixty four ways to win; all the action takes place in an underground tunnel lit by the glow of distant lamps.

The theme-related symbols include gas lamps, satchels, sturdy boots, coils of rope and pick axes; 9, 10, J, Q, K and A represent the lower values; the bomb is the wild and the gold nugget is the scatter symbol.

Every winning symbol will disappear and be replaced by more falling in from above – more combos may the be formed to continue the fun; the extra feature here is that each collapse will add an extra row to the reel set, increasing the number of paylines up to a maximum of 46,656 with all rows in play. On a non-winning spin it will revert to three rows again.

Any wild symbols appearing in view will always explode and destroy the adjacent symbols, increasing the number of rows and also increasing the win multiplier for the next collapse by 1x.

Landing three, four or five of the golden nuggets anywhere in view will kick this feature off with two, three or four rows active on a set of reels which only features coins and blanks.

If you’re one of the very lucky players who manages to reach 60,000x the stake during the Lucky Wagon Spins the round will be over and celebrated as Beer Time!

Sometimes there’s a danger of too much complexity in an online slot machine but Fire In The Hole walks the tightrope very successfully here – it’s an entertaining game designed to the highest quality with loads of very clever bonus features. Don’t miss it!

Fire In The Hole xBomb FAQs

Fire In The Hole xBomb is a mining-themed six reel slot with three rows and sixty four paylines initially.

The Return To Player percentage for Fire In The Hole xBomb is 96.06%.

How To Win On Fire In The Hole xBomb?

Land at least three matching symbols or wilds on an active payline starting from the left hand side; trigger the free spins or land xBomb wild symbols.

Where can I play Fire In The Hole xBomb then?