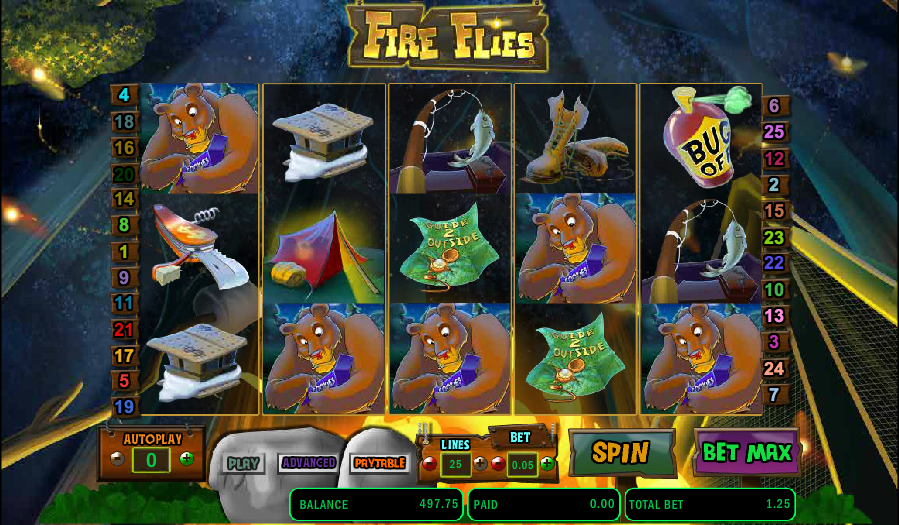 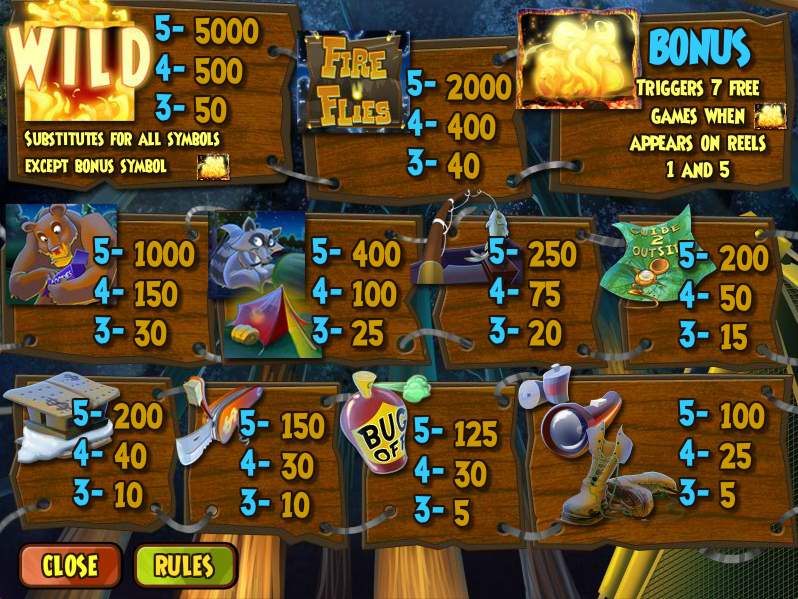 If you’re the sort of person who used to enjoy camping in your younger days but are now happy to let others do the hard work then this may be the online slot for you. Fire Flies is the name of this game and it’s developed by Cryptologic (now under the Amaya Gaming brand). There’s plenty of comedy here as well as a free spins round so check out the review below for all the essential details.

Fire Flies is a five reel slot with three rows and up to twenty five paylines; behind the reels there’s a view to the outside of a small tent complete with fire and bugs-a-plenty.

All the symbols are related to the theme and include the Fire Flies logo, a hungry bear, a fishing rod, a camping guidebook, a penknife, some insect spray, a raccoon and a torch/batteries.

The fire is the wild symbol which will roar into life when it substitutes into a winning combination and coincidentally it’s also the bonus symbol which activates the main feature. Fireflies can fly onto the reels at any time to produce hidden wilds.

This is where that multipurpose fire symbol once more comes in handy and the feature is triggered by landing it anywhere on reels one and five on the same spin.

You will no receive 2x your total bet as a small prize and seven free spins; during this round the wild becomes an expanding wild on reels two, three and four.

The extra good news is that landing two fiery wilds on reels one and five will trigger seven more free spins.

Fire Flies is a little on the basic side but we like the design, the graphics and the brief animations that keep the gameplay ticking along. Cryptologic could be hit-and-miss occasionally but we think this is one of the better ones.