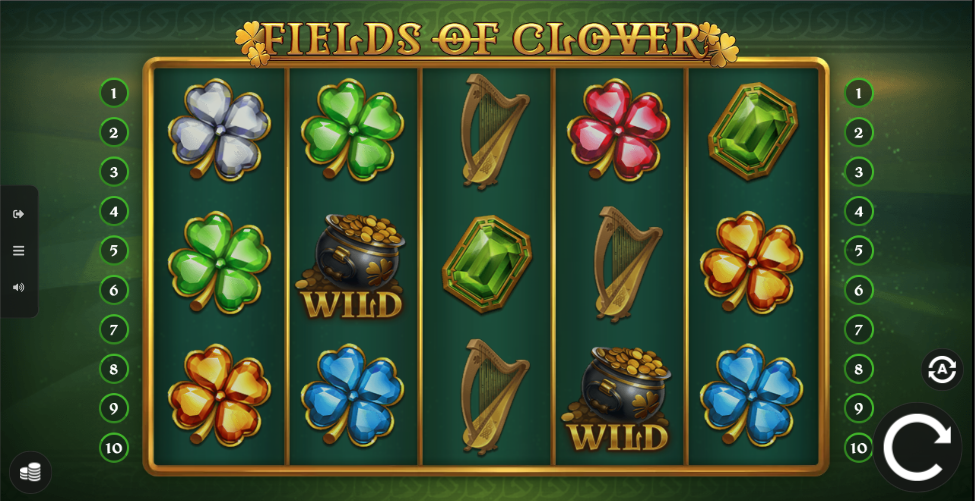 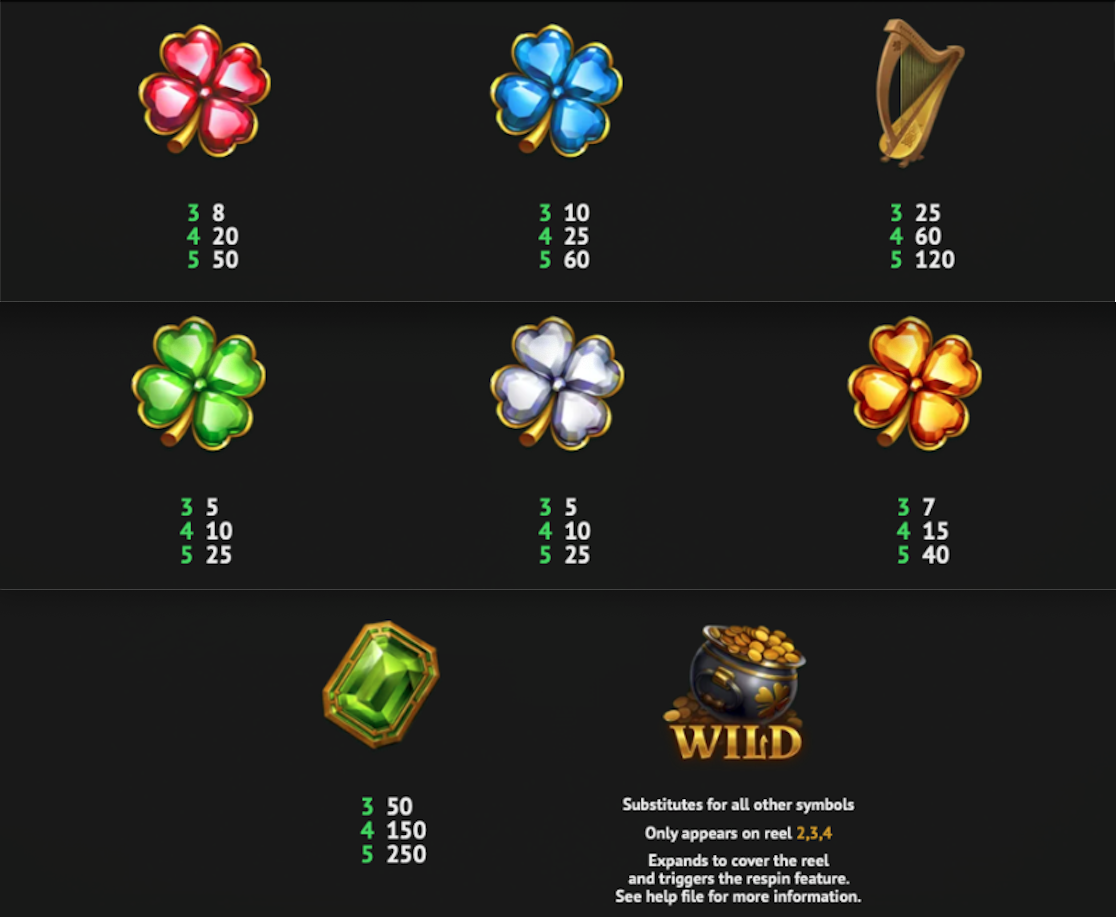 Harps and four leaf clovers on the reels provide us with a clue that we’re about to try out an online slot themed on the Emerald Isle; this one’s called Fields of Clover, it’s developed by 1×2 Gaming and it promises players sticky wild respins with an Irish twist.

Fields of Clover is a three reel slot with three rows and ten fixed paylines; the overriding colour is an unsurprising green with sparkling dust motes drifting behind the golden reels.

All the symbols are related to the theme and include green gems, the golden harp and bejewelled four leaf clovers in blue, red, orange, white and green; the wild symbols is a cauldron full of gold coins.

The wild cauldron only appears on reels two, three and four but every time it does it will expand to fill its entire reel and trigger this feature.

The expanded wild will lock in place while the other reels respin; any more wilds landing will also expand, fill their reel and trigger another respin. The more locked wilds in view, the higher the win multiplier:

Fields of Clover is pretty simple stuff but it’s enjoyable nonetheless with a wild respins feature that hits regularly enough to keep things interesting. We also enjoyed the traditional Irish music which accompanies the gameplay!

Fields of Clover is an Irish-themed five reel slot with three rows and ten paylines.

The Return To Player percentage for Fields of Clover is 96.04%.

How To Win On Fields of Clover?

Land at least three matching symbols or wilds on an active payline starting from the left hand side; trigger the wild respins with a wild symbol.

Where can I play Fields of Clover then?