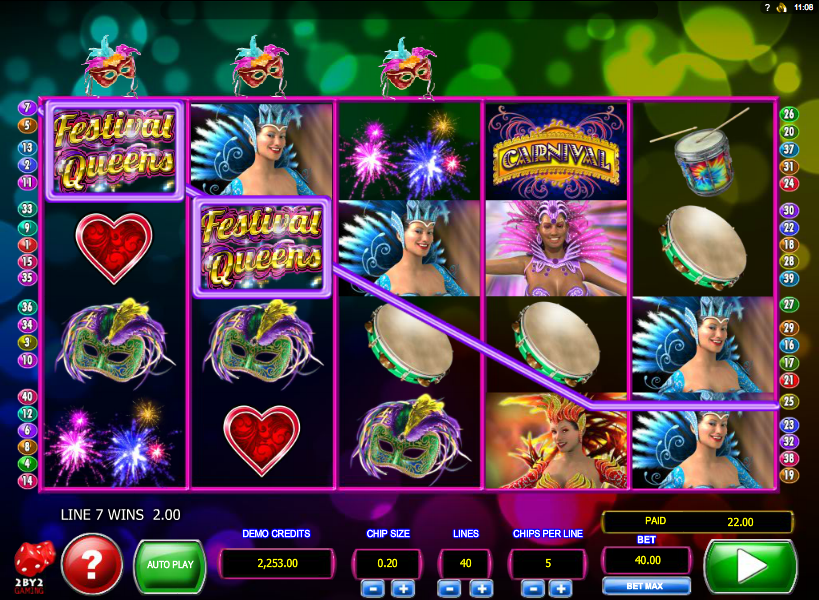 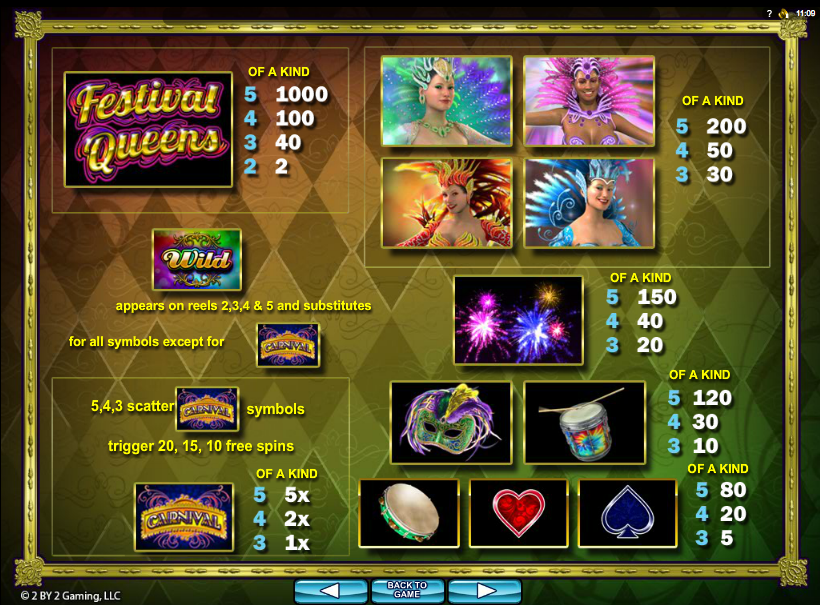 South America is our destination as we check out this colourful online slot from 2by2 Gaming; it’s called Festival Queen and it’s a celebration of the famous Brazilian carnival which takes place to mark the beginning of Lent. Festival Queens is the name of this game and it comes with some sparkly sound effects and several bonus features to brighten up your day.

Festival Queens is a five reel slot with four rows and up to forty paylines; there’s no backdrop to those reels save for some psychedelic-looking lights to create a party atmosphere.

The base game symbols are all (mostly) related to the theme and include spades, hearts, a tambourine, a drum, a carnival mask, fireworks and then four different queens in appropriate dress. The ‘Festival Queens’ logo is the most valuable and worth 1000x your line stake for five on an active payline.

The wild symbol is a colourful ‘wild’ which appears on reels two, three, four and five and the Carnival logo is the scatter which activates the main feature.

During normal gameplay masks will randomly appear above the reels and remain there. When there’s a mask above all five reels you will get to select from those five for a random cash prize. If you’re lucky the masks may remain in place for a second spin and another price pick.

The white mask appears on the reels in normal gameplay and when it does it will substitute for another symbol, hopefully making a winning match. It can appear stacked for extra winning chances.

Before the spins start you get to pick one of four question marks to reveal the Festival Queen. Any wins for that particular dancer are doubled during the spins. Landing three+ more Carnival scatters during the feature will award more free spins.

2by2 Gaming slots can be a little basic and it’s fair to say that Festival Queens isn’t state of the art but it’s not bad either. We’ve probably had a lucky streak but are yet to come away without a profit.