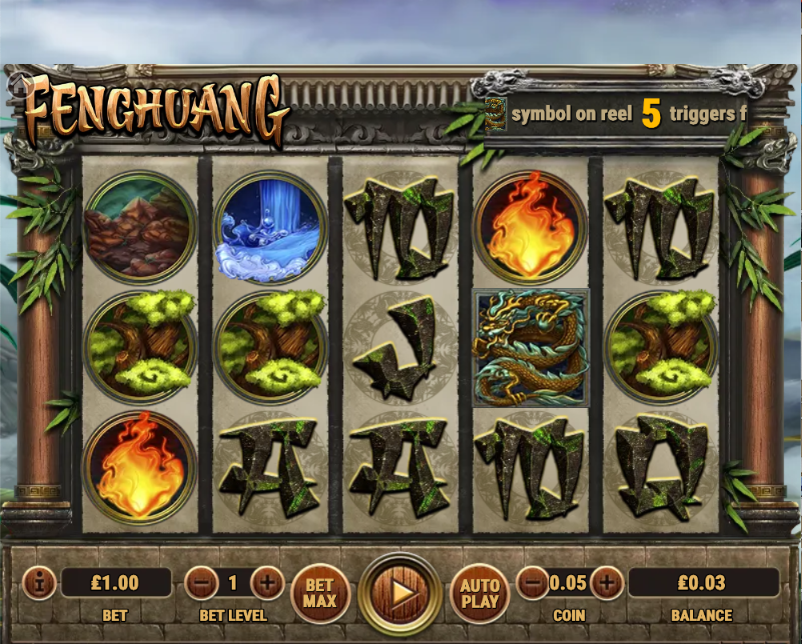 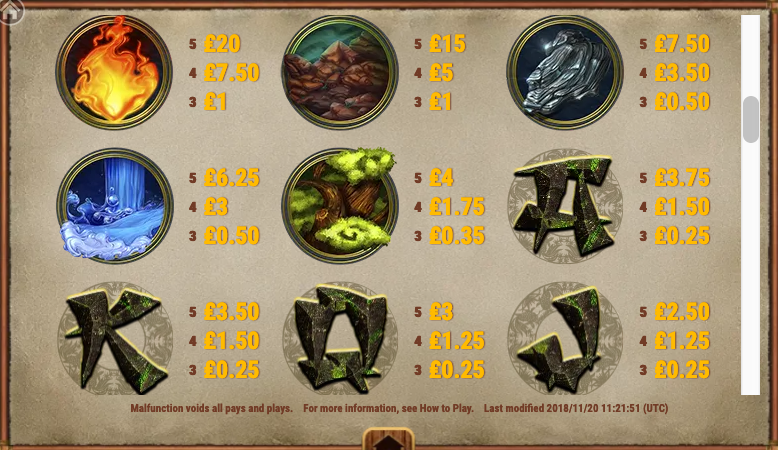 As all online slots fans will know, Fenghuang is a mythical creature in Chinese culture composed of various different birds and keen on mating with dragons; it’s clearly then a good theme for a game developed by Hanabnero Systems and offering players multiple wild symbols and a clever free spins round.

Fenghuang is a five reel slot with three rows and twenty eight fixed paylines; a traditional Chinese temple is built around those reels and the gameplay takes place against a backdrop of cloudy sky and mountains.

The high value symbols include the four elements – earth, air, fire and water – as well as a tree; 10, J, Q, K and A make up the lower values.

The red and green dragons are wild and will substitue for all other symbols to help form winning combos; they also activate the main feature.

The spins end when there are no wild symbols left on the reels but more can land to extend the feature; if the wilds cross each other or land on the same position they’ll create a large, 2×3 wild symbol for one spin which should help out with a big win. On the next spin they’ll separate and carry on as before.

We like the fact that Fenghuang is based on a legend but we like the free spins round even more with it’s wandering creatures and giant wild symbols – it’s good fun.