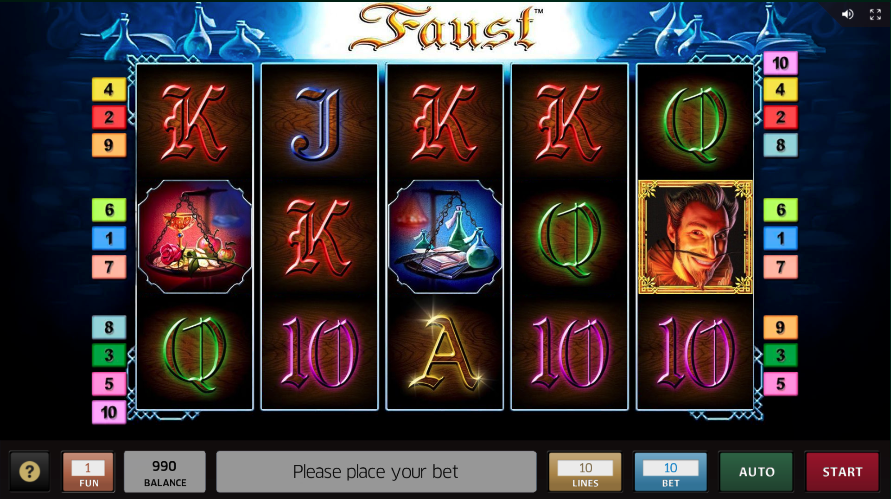 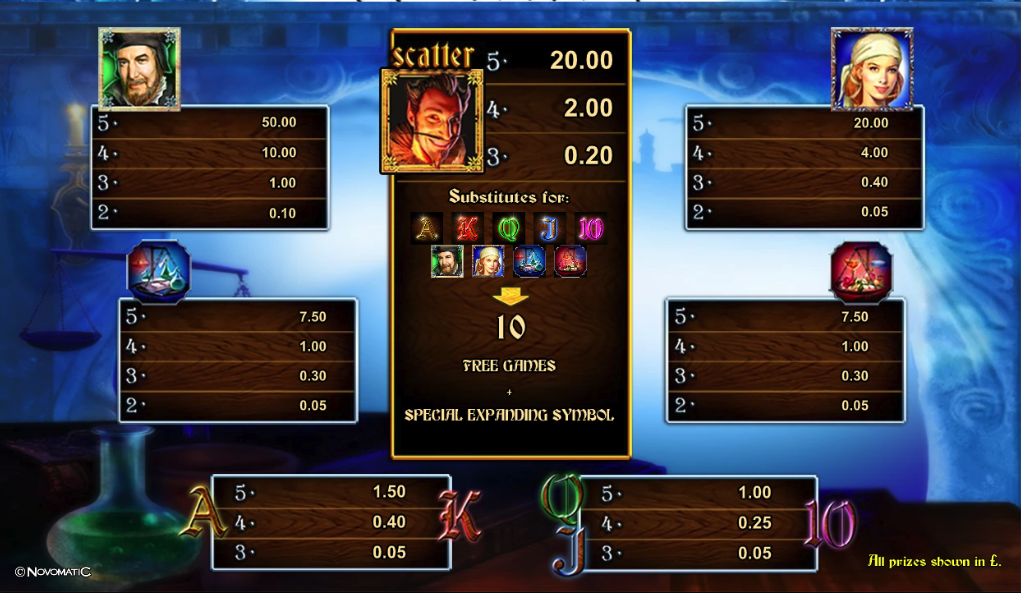 Most online slots fans are of course well versed in German literature and will already know that Faust was the character who made a deal with the devil to obtain cast knowledge and ‘worldly pleasures’; Faust is now an online slot from Novomatic/Greentube which brings this tale to the spinning reels while offering us free spins and expanding reels in the process.

Faust is a five reel slot with three rows and up to ten paylines; all the action takes place in the laboratory of Dr. Faust, an alchemist as well as a unwise deal-maker with the denizens of the underworld. The atmosphere of the game is somewhat spoiled by the brightly-coloured payline markers which flank both sides.

The high value symbols are two characters from this story along with scales displaying fruit, wine and scientific equipment; 10, J, Q, K and A make up the lower values. The devil is both the wild and the scatter symbol.

This round is triggered by landing at least three of the scatter/wild symbols anywhere in view and you’ll receive an initial ten free spins but these can be retriggered in the same manner.

Before the round starts though one of the standard symbols will be selected at random as an expanding symbol and when the spins are underway it will expand to fill all positions on its reel after any other payouts have been made – you’ll still need at least three symbols on a payline to win but the expander doesn’t not have to land on adjacent reels.

Faust is rather run-of-the-mill in terms of gameplay but we like the unusual theme – it’s also pretty retro these days to be able to set the number of paylines in use so that’s something.