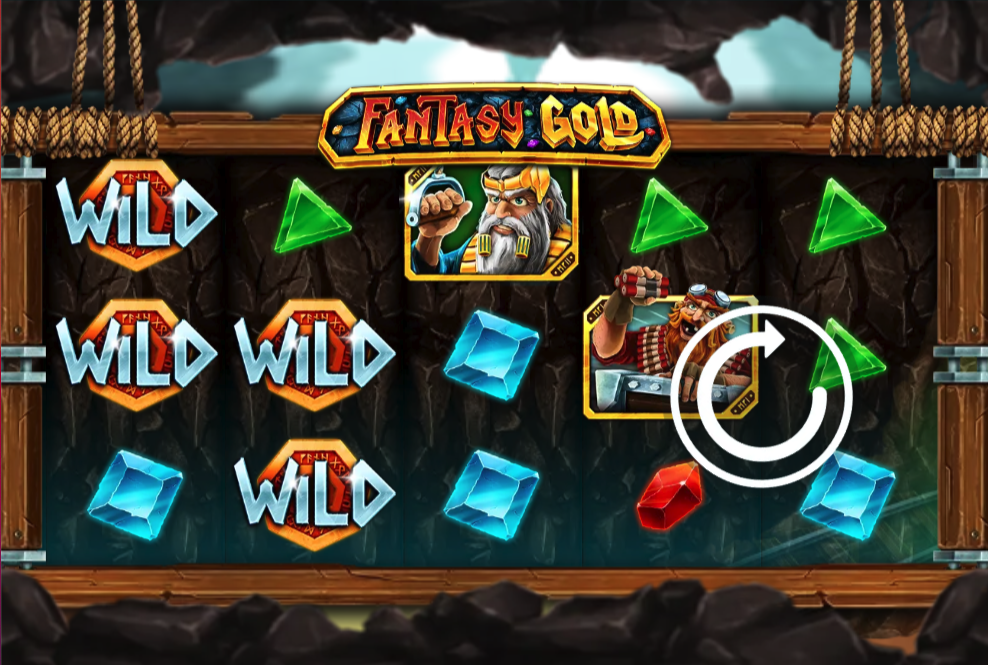 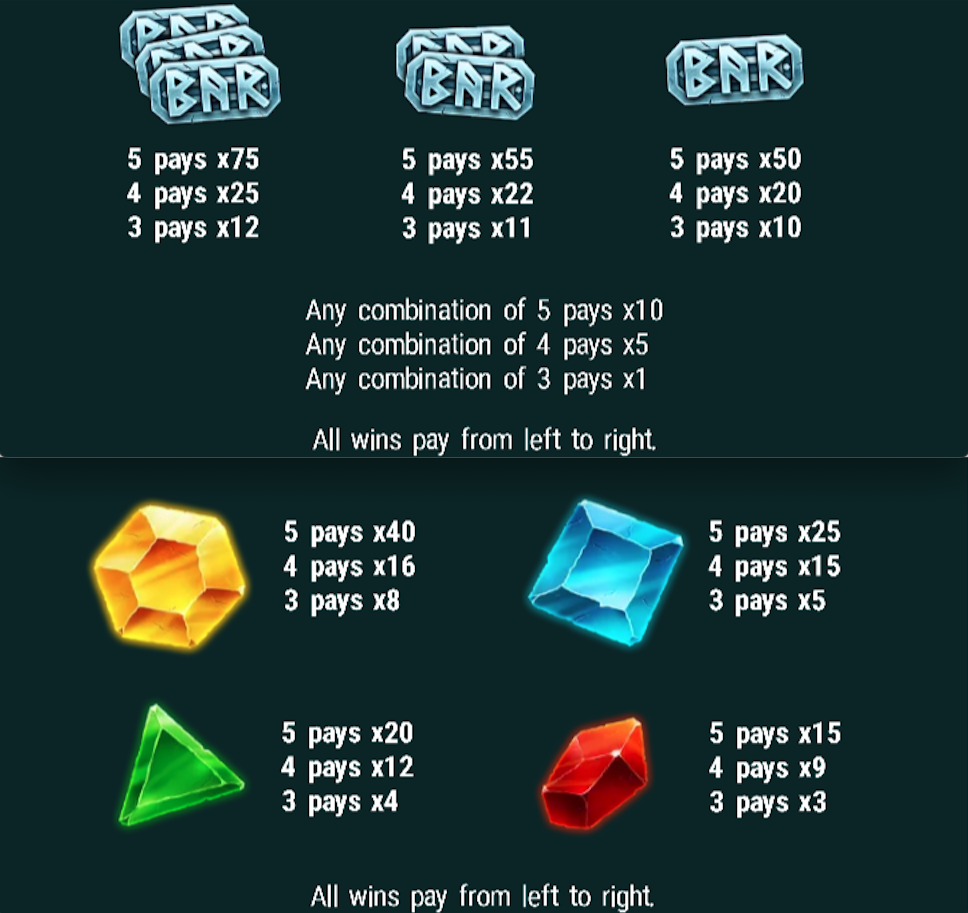 If you enjoy the company of dwarves then this online slot from Intouch Games/Slot Factory might be right up your street (or down your mine) – it’s called Fantasy Gold and from £0.20 per spin there are free spins, the Treasure Blast and a Royal Flush to be won.

Fantasy Gold is a five reel slot with three rows and twenty fixed paylines; the setting is a cave and the symbols spin on a rickety wooden lift.

The symbols include single/double/triple bars and gems in yellow, blue, green and red; the ‘Wild’ is of course wild and the special symbols are Free Spins, the dwarf in a cart and the dwarf with the gold crown. The bars will pay mixed on a payline also.

Landing three, four or five of the Free Spins symbols anywhere in view will award 5, 7 or 9 free spins respectively; stacked reels land during this round with the stacks increasing in size as the round progresses.

This is triggered by landing at least two of the dwarf-in-a-cart symbols next to each other on a payline; the reels will now spin and stop one at a time – hitting an arrow will progress the feature and hitting ‘Collect’ will end the round award the multiplier value above that reel as a prize.

Enter this bonus by landing at least two crowned dwarf symbols adjacent on a payline; the reels will now fill with multiplier values and you’ll have three spins to land the ones you want on the centre row. You’ll be able to hold the ones you want.