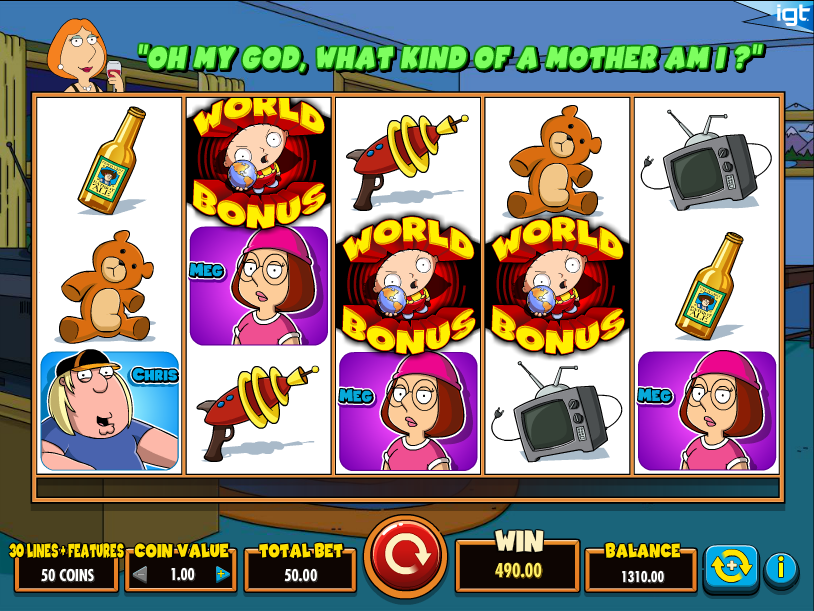 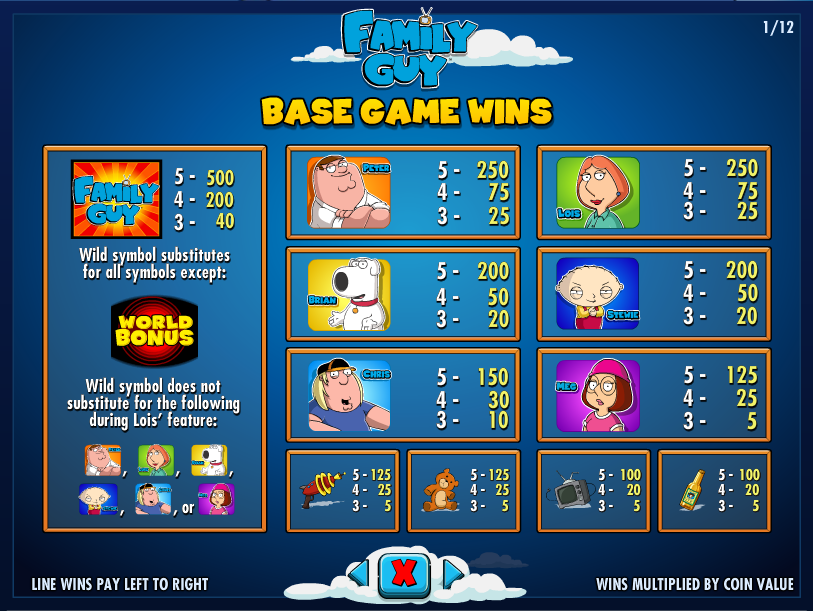 It’s one of the funniest shows on television and now you can finally spin the reels on an official Family Guy online slot. IGT have developed this game and it is of course similar to their physical slot which is already available in bricks and mortar casinos – it comes complete with loads of bonus games so check out the full review below.

Family Guy is a five reel slot with three rows and thirty fixed paylines; the backdrop to the reels is the Griffin’s familiar front room and various characters pop up at the top to quote some of the better-known lines. Original music from the show completes the sound effects.

The six main characters – Peter, Lois, Brian, Stewie, Chris and Meg – are the high value  symbols while the others are Stewie’s ray gun, his teddy bear, a television and a beer bottle.

The game’s logo is wild and substitutes for all others except the ‘World Bonus’ scatter icon – the key to most of the bonus games.

This is triggered by landing three of the World Bonus scatter symbols anywhere on reels two, three and four. Stewie will now prompt you to spin the globe to determine which of the following three games you will play:

This is a randomly-triggered feature which can occur on any spin in which a bonus symbol doesn’t appear on reel two. There are four possible ones:

Family Guy is an absolutely superb slot which retains the atmosphere of the television show extremely well and provides plenty of laughs along the way. All the main characters are here and it seems easy to trigger the World Bonus and the Griffin Family Mystery Feature. The RTP ranges from 92.50% – 96.05%.