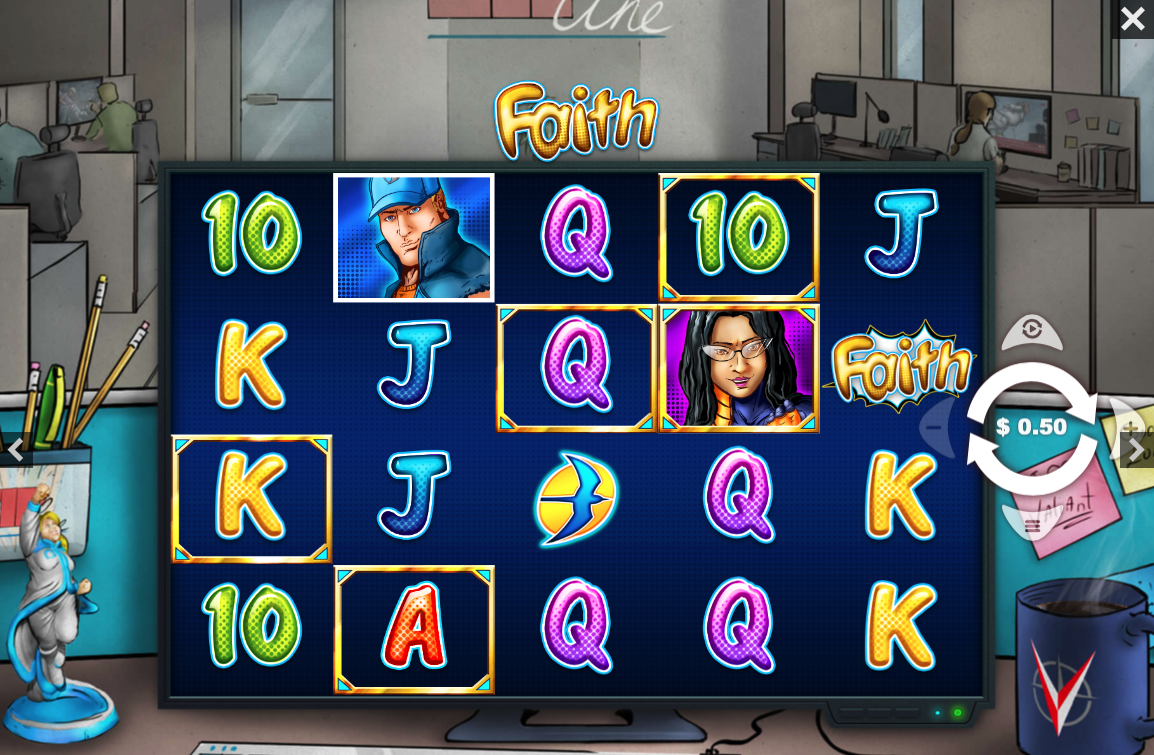 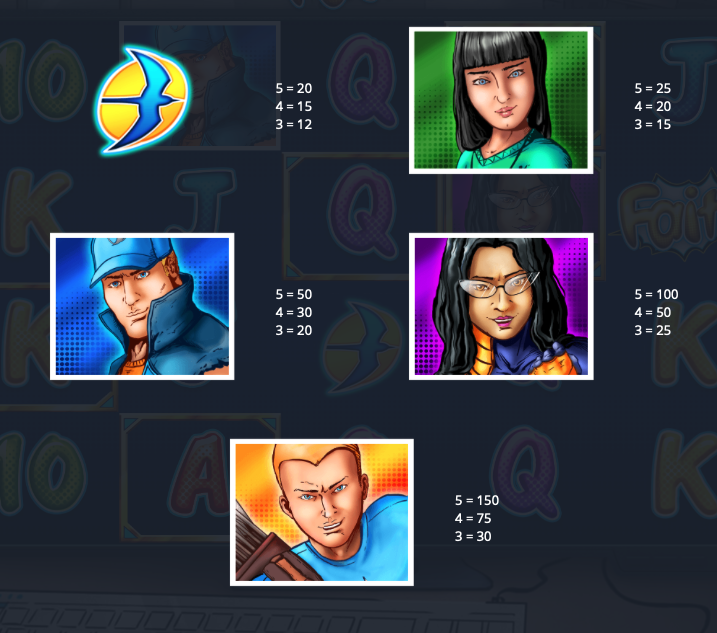 Adopting the guise of an unassuming journalist, Faith Herbert is the alter ego of Zephyr, a superhero who was once a member of the Harbinger Renegades; she’s also the main character in this online slot from Pariplay which, from £0.10 per spin, tempts players with Sticky Wild Respins and free spins.

Faith is a five reel slot with four rows and 1024 ways to win; the base game action all takes place at Faith’s desk and we can peer over the top of her monitor to look around the rather spartan office and experience its day-to-day sounds.

The high value symbols are four characters from this story (but we’re not quite sure which ones) and the bird logo; 10, J, Q, K and A are the lower values; journalist Faith is wild and the big ‘Faith’ is the scatter symbol.

Every time a wild symbol lands on the reels it will leave a gold frame around that particular position; when all positions on one reel have these frames then this feature will be triggered, awarding three respins with that reel becoming a locked, expanded wild.

Any wilds which land will also lock in place and reset the number of spins to three again; the round ends when all reels are full or there are no more wild for three spins. Even if you win nothing there’s a consolation prize of 2x the stake.

It’s nice to see a slot dedicated to one of the lesser known superheroes and aside from that we particularly like the Sticky Wild Respins, especially when they kick in during the free spins. The RTP is perhaps a little low at 94.24%.