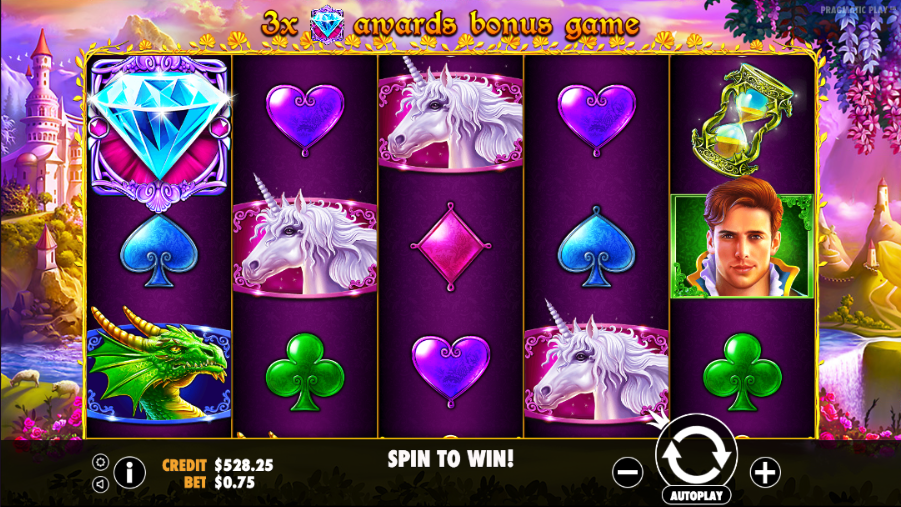 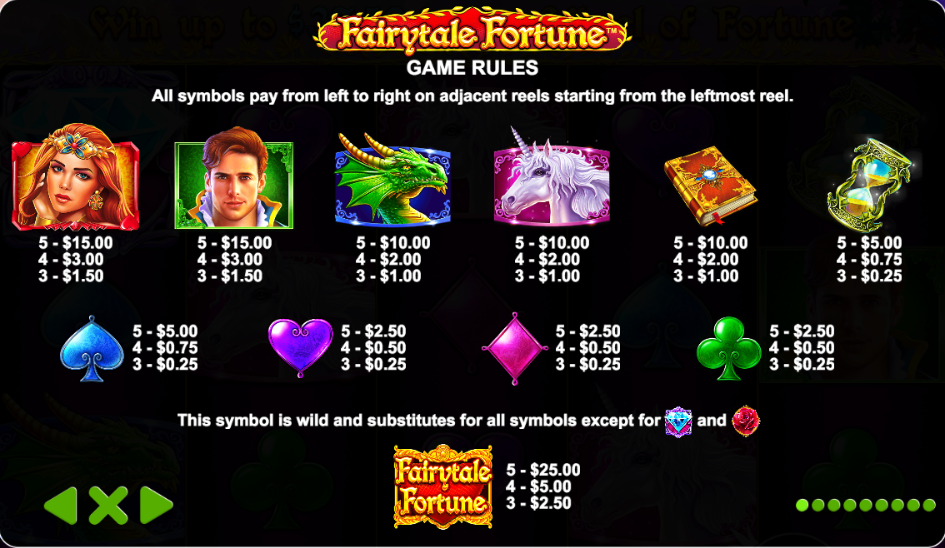 There’s a hint of medieval romance in the air in this online slot from Pragmatic Play; it’s called Fairytale Fortune and it adds a mystical and light-hearted air to what was a disease-ridden and miserable time to be alive – find out all about it below.

Fairytale Fortune is a five reel slot with three rows and fifteen fixed paylines; flowers and gold braiding form the border to those reels while in the background mushrooms and toadstools light up in a very unnatural way beneath the flight path of butterflies and fireflies.

The high value symbols include the female and male leads in this story, a dragon, a unicorn, a decorated book and an hourglass; playing card symbols represent the lower values.

The Fairytale Fortune logo is wild and will substitute for all others to help form winning combinations except for the diamond and rose symbols.

This is triggered by landing three of the diamond scatter symbols anywhere on reels one, three and five; as you can see from the video above you’ll now get to spin a drum to reveal which of the features is awarded:

Any of the feature wins can be gambled by choosing to do so on the next screen; the choices are 2x, 3x 4x or 5x and you’ll have to select correctly from the mushrooms to be successful.

Fairytale Fortune may be in the same mould as most Pragmatic Play slots but that’s Ok because it’s colourful and fast-moving with a nice theme; the features seem fairly easy to trigger and there’s an RTP of 96.52%.