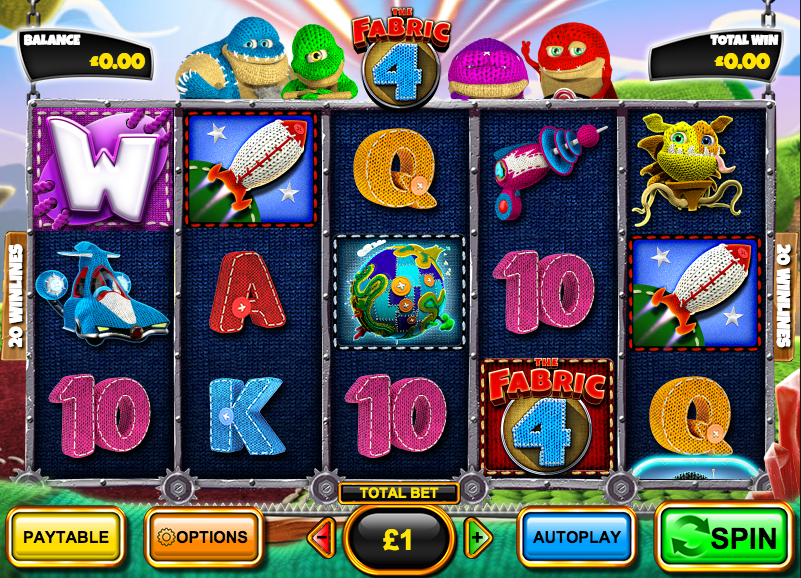 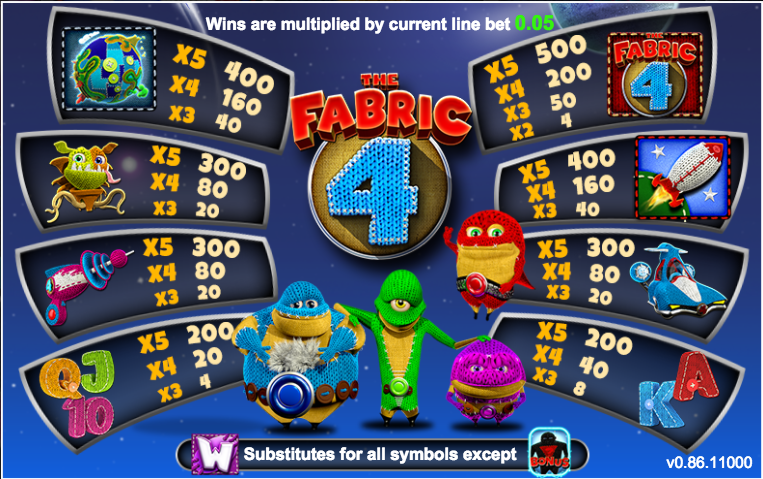 In a world made out of soft material, who can you call when there’s a problem that needs solving? The Fabric 4 of course – although they may or may not be very effective superheroes. Either way they’re the theme of this online slot machine from Inspired Gaming and you can read all about it below.

The Fabric 4 is a five reel slot with three rows and twenty fixed paylines; our fabric heroes watch over proceedings from above the reels and we can just about make out bits of landscape formed from bits of material in the background.

There are six high value symbols including a globe, the Fabric 4 logo, a tentacled alien, a ray gun, a rocket ship and a car; 10, J, Q, K and A (made from fabric of course) make up the remainder.

The wild is a big white ‘W’ on a purple background and it will substitute for all others to form winning combos except for the Mr Ree bonus symbols.

Each of the main characters plus Cross Stitch can award bonuses randomly on any spin:

This is triggered by landing three of the blue Mr Ree bonus symbols anywhere on reels one, three and five for which you will receive 6 free spins with a wild which moves around on each spin.

The Fabric 4 may not be something we’d like to see turned into a movie but as a slot it’s good fun, designed to a high quality and full of extra features. It comes with an RTP of 94.40%.