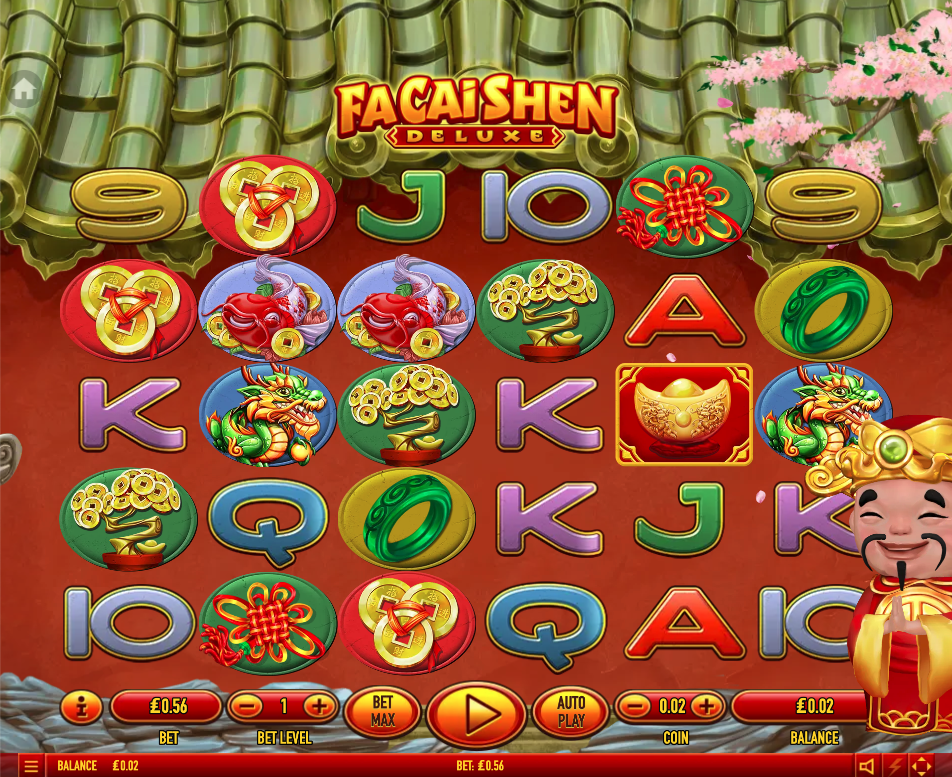 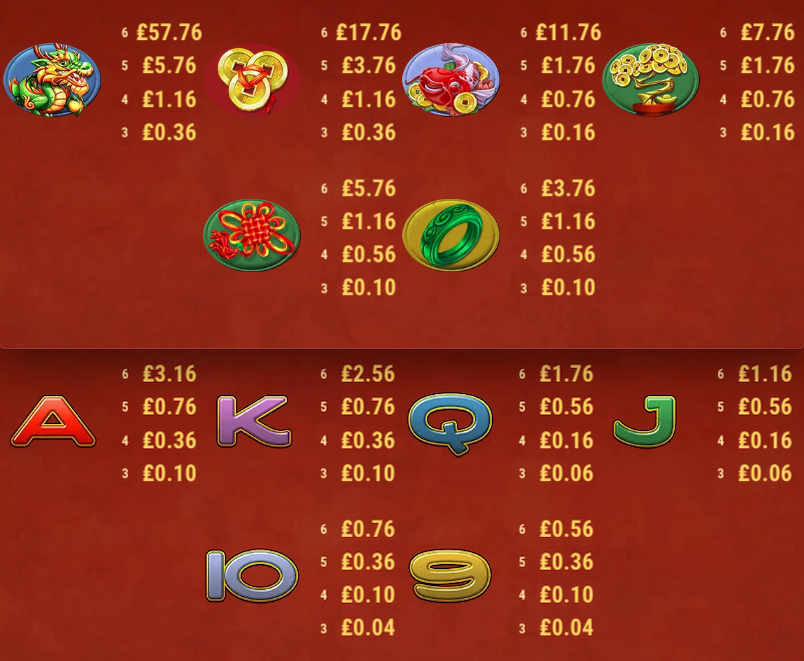 As we’ve learned from previous online slot machines Cai Shen is the Chinese God of Wealth and he returns once more on the spinning reels in Fa Cai Shen Deluxe, this release from Habanero Games in which wins can be formed horizontally or vertically and plenty of free spins are on offer.

Fa Cai Shen Deluxe is a six reel slot with five rows and a payline structure which pays out as long as at least three symbols are adjacent to each other horizontally or vertically; those symbols spin under a green, tiled roof with overhanging cherry blossom to complete the scene.

The higher value symbols include the dragon, the Chinese coins, the Koi, the the coin tree, the red bow and the jade ring; 9, 10, J, Q, K and A represent the lower values.

Cai Shen is wild, he will replace all standard symbols to help form winning combinations and he’ll also expand to cover three positions on his reel – he can appear on up to three reels but not adjacent ones. The gold ingot is the scatter symbol.

Landing three, four five or six of the gold ingots anywhere in view will award 8, 18, 28 or 88 free spins respectively; the Cai Shen wild symbol is guaranteed to appear at least twice on each spin and in addition there’s a chance that up to twenty four high value symbols will land as matching ones for a better chance of wins.

There are no scatter symbols during this feature so unfortunately it can’t be retriggered.

The payline structure is something of a departure from the norm for Habanero and it’s very welcome – the combination of that and the expanding Cai Shen wilds means wins are pleasingly frequent. It’s colourful and a lot of fun.