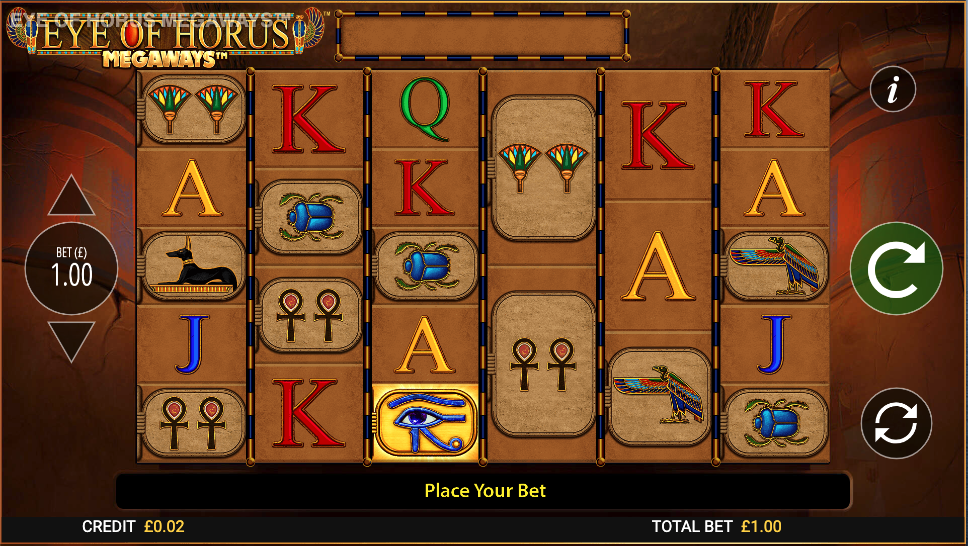 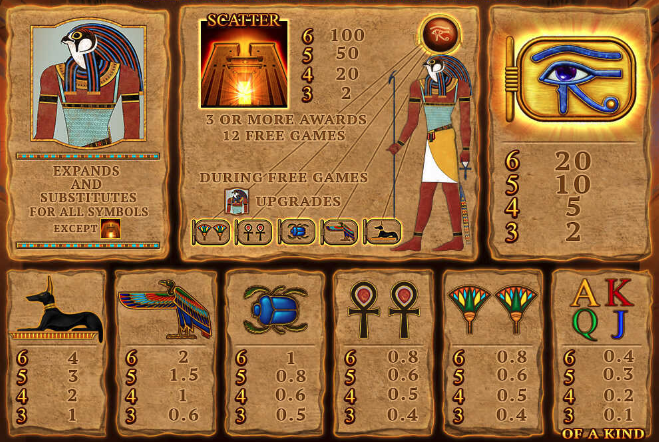 Let’s return to the familiar location of North Africa now as we revisit Eye Of Horus, the online slot from Blueprint Gaming which has received the Megaways treatment courtesy of Big Time Gaming; it’s adds an extra reel and promises a potential 15,625 paylines as well as an enhanced free spins round.

Eye of Horus Megaways is a six reel slot with up to 15,625 paylines available when there are five rows showing on each reel; the Egyptian theme is demonstrated in the symbols and in the huge columns covered in hieroglyphs which form the backdrop.

The higher value symbols are a recognisable collection of symbols including the Eye of Ra, ankhs, scarab beetles and representations of Egyptian gods such as Bastet; J, Q, K and A make up the lower values.

Horus is wild, he’ll replace all standard symbols to help form winning combos and he’ll expand to fill all positions on his reel when he does so; the temple entrance is the scatter.

Landing at least three of the temple scatter symbols anywhere in view will trigger the this feature and award twelve free spins initially; look out for the stacked Ra symbol appearing on the reels because each one will upgrade one of the high value symbols (or tablets) to the next one up.

Three more temples during this round will award twelve more spins and landing one, two, three or four Ra symbols will award one, three, five or seven extra spins (as well as the upgrading).

Eye of Horus Megaways is nice improvement on the original game, especially if you like the Megaways paylines structure; the bonus features are the same but it’s those 15625 ways to win and a bigger top prize which are the draws here.