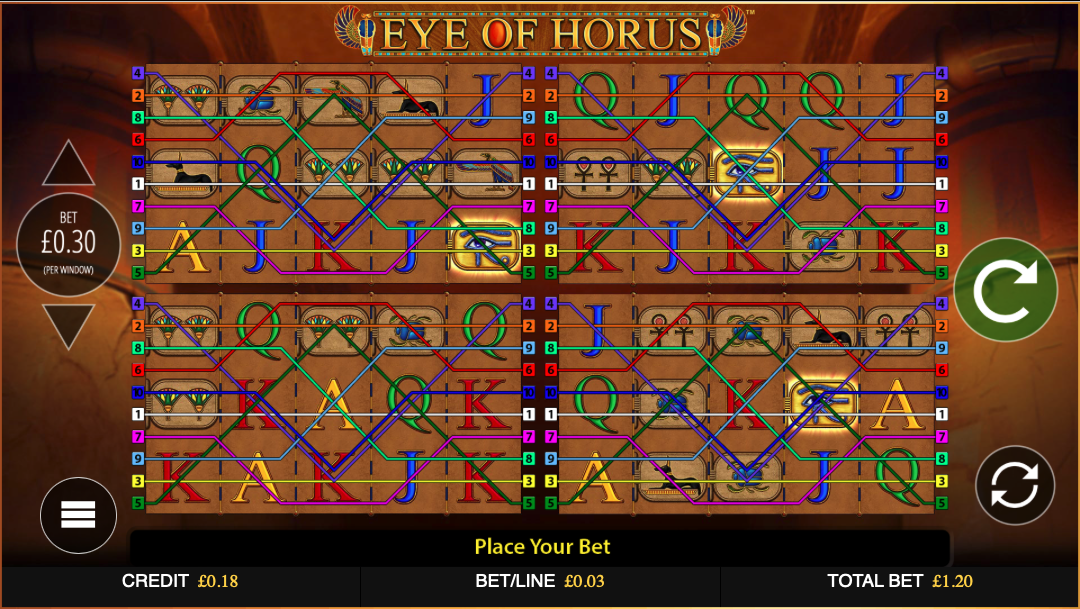 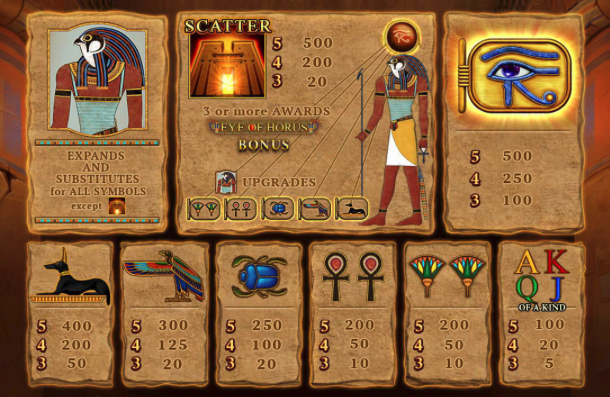 Blueprint Gaming have produced several Eye of Horus online slots over the years and the latest incarnation of this series is Eye of Horus 4, a title which refers to the number of reel sets in use rather than the version number; from £0.40 per spin it tempts players with multiple bonus features and upgrading symbols.

Eye Of Horus 4 is a five reel slot played on four reel sets each with ten fixed paylines; there’s no connection between these reels and they each spin independently.

There are five high value symbols and these the include Eye of Horus, Anubis, Horus as a bird, a blue scarab and two ankhs; J, Q, K and A make up the lower values. Horus himself is wild and he can expand on his reel; the tomb entrance is the scatter symbol.

Landing at least three of the tomb entrance scatter symbols anywhere in view will kick this feature off and you’ll now be prompted to select a pyramid which will reveal one of the following features:

Apart from the four reel setup there are enough other differences between Eye of Horus 4 and its predecessors to make it worth a pop, especially if an Egyptian theme is what you’re after.