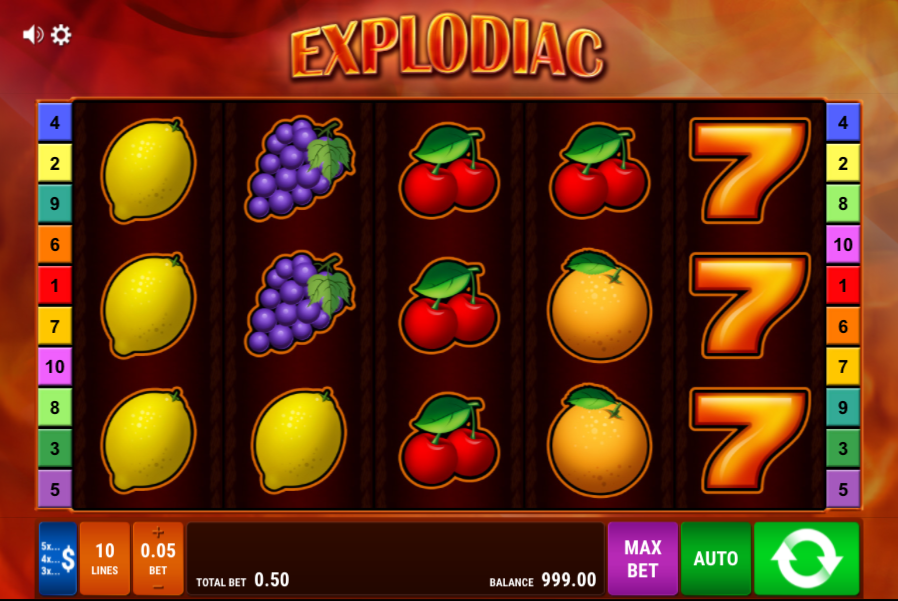 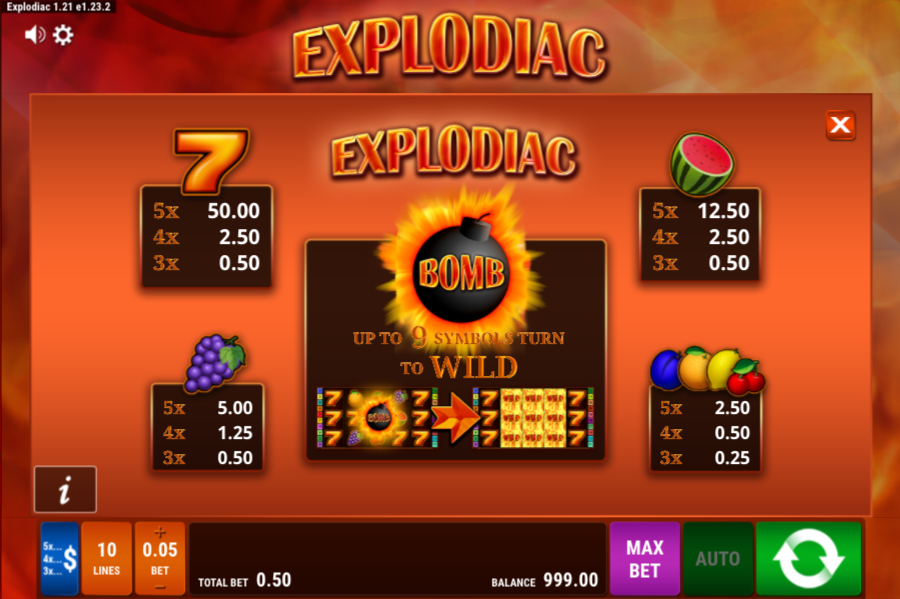 Fruit-themed online slots are one of the links between the games we play now and the mechanical devices which started the ball rolling all those decades ago; in our minds you can never really have too many and so we’re always pleased to see one more added to the genre. In this case it’s in the shape of Explodiac, developed by Gamomat and you can find out how it all works right here.

Explodiac is a five reel slot with three rows and ten fixed paylines; as with many Gamomat slots the design is quite basic but it’s all about the fruit spinning on the darkened reels against a hazy red backdrop.

The symbols are all refreshingly traditional and include golden sevens, watermelons, bunches of grapes, plums, oranges, lemons and cherries.

The wild symbol is the big black bomb which will substitute for all others to form winning combos bit it only appears on reels one, two and three; it also has an extra feature which is described below.

The name of the game gives something of a clue to the bonus feature and each time the bomb appears on reels one, two or three it will explode, turning all adjacent symbols into wild symbols also. Any payouts are then evaluated.

There are two options when it comes to gambling your wins as follows:

Explodiac doesn’t differ too much from other Gamomat slots but the bonus feature gives it a little bit of variety; it comes with an RTP of 96.12%.