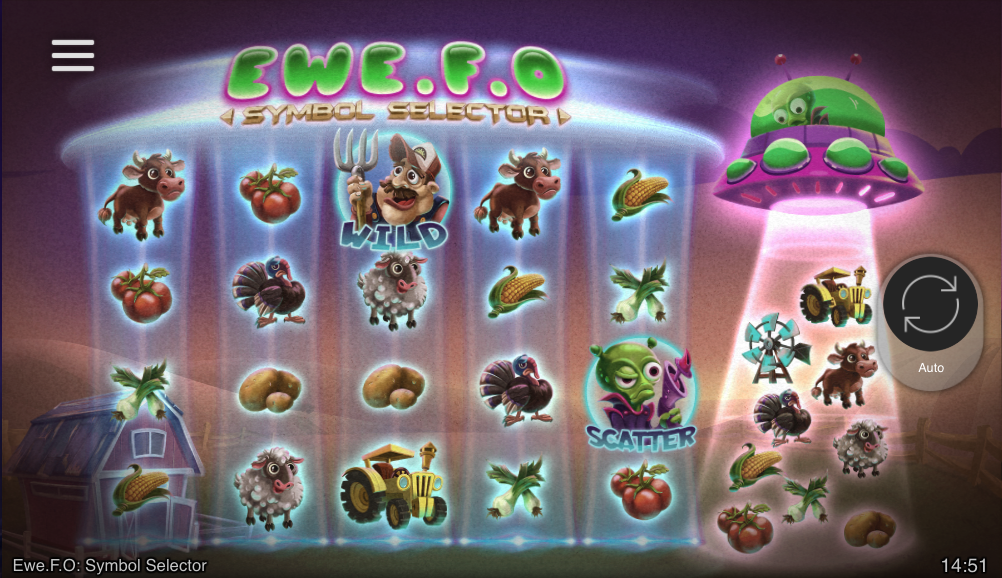 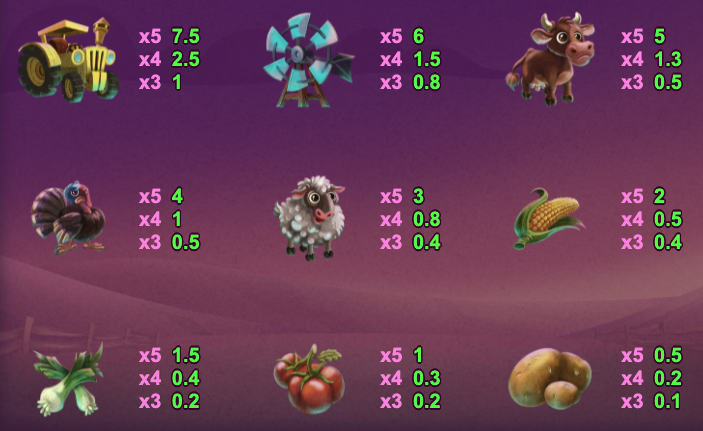 Farm animals are so often the unsuspecting victims of alien visitors and this online slot from Bet365 Originals suggests that nothing has changed recently – it’s called Ewe.F.O Symbol Selector and the science fiction theme comes with a clever gameplay mechanic involving only those symbols within the UFO’s beam.

Ewe.F.O: Symbol Selector is a five reel slot with three rows and forty fixed paylines; there’s a familiar rural scene behind those transparent reels and a stereotypical green alien in his little space ship on the right hand side, scooping up various flora and fauna from this farm.

The nine regular symbols are all related to the theme and include tractors, windmills, cows, roosters, sheep, sweetcorn, onions, tomatoes and potatoes; the farmer is wild and the alien is the scatter symbol.

Landing three of the alien scatter symbols anywhere on reels one, three and five will award ten free spins initially but once the round is underway three more spins can be earned in the same way.

On each spin the symbols in the alien’s beam of light will change and those shown will be the only ones on the reels for that game – the fewer that number the higher the chance of a winning spin. One of those symbols will also contain a multiplier of between 2x and 20x and this will move between symbols after each spin. With each retrigger the multiplier value will increase by 1x.