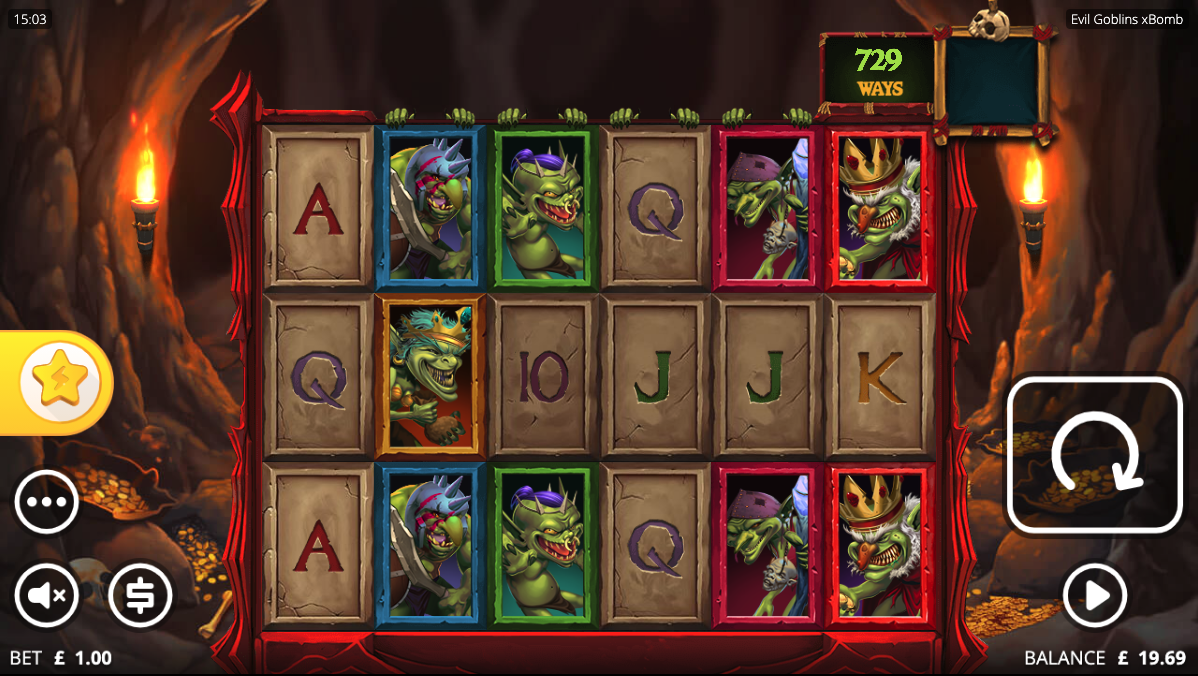 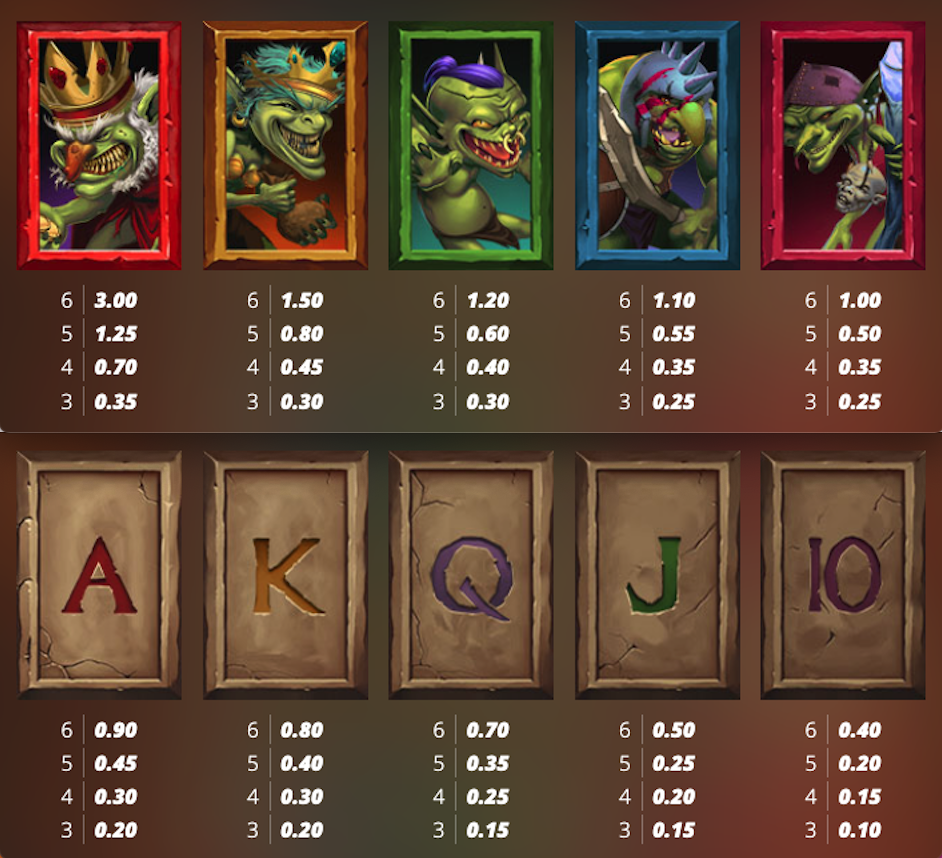 Goblins don’t feature much in online slot machines but they pop up every now and again as in this classy release from Nolimit City; it’s called Evil Goblins and it comes with wild multipliers, Goblin Sacrifices, the xBomb and Fresh meat free spins.

Evil Goblins is a six reel slot with three rows in the base game and 729 ways to win; all the action takes place in some treasure-filled cave and look out for the various goblins which appear above reels one to four on each spin.

Five gruesome goblins (including the king) represent the higher value symbols while 10, J, Q, K and A make up the lower values; the skulls are wild, the big ‘S’ is the scatter and there’s also the xBomb.

Any symbol in a winning combo will disappear and be replaced by more falling in from above – more combos can then be formed to continue the fun.

You will often encounter Dead Wilds on the reels but these do nothing unless there are at least three – when there are enough they’ll all light up and become wild symbols. After any cascades the final wild remaining will award a win multiplier of 11x, 33x or 55x depending on whether there were three, four or five triggering Dead Wilds.

Goblins appear above reels two, three, four and five on each spin and if one matches any symbols on that reel he’ll drop a bomb and transform that symbol into a wild. He’ll then be replaced by a new goblin above that reel.

At any point of four matching goblins appear above the reels then the Evil 4 feature is triggered in which a matching king goblin will appear above reels one, adding a 4x multiplier to all symbols below.

An xBomb appearing on the reels will destroy all neighbouring regular symbols to prompt a new cascade and increase the win multiplier by 1x. In addition an extra row will be added up to a maximum of seven.

Landing three or four of the ‘S’ scatter symbols anywhere in view will award 8 or 9 free spins respectively; combining this with an xBomb will guarantee an xBomb on each free spin.

During this round triggering the Evil 4 feature will kick off the Goblin Feast spins and this is a set of four respins during which goblins matching the top reel will increase the in multiplier by 1x and reset the number of spins to four again. There will also be an xBomb guaranteed on each spin with the the associated increase in rows.